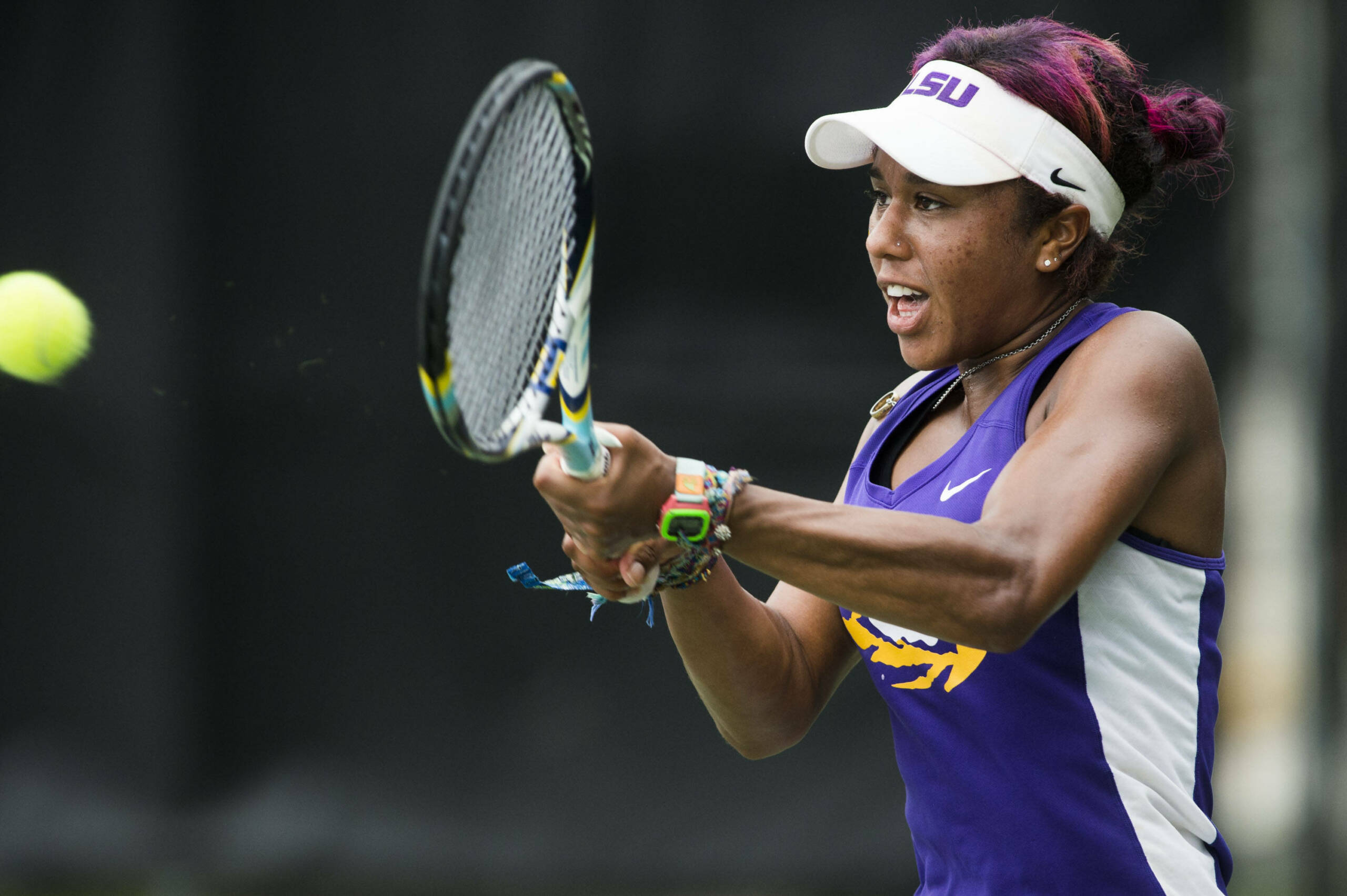 LUBBOCK, Texas. — The 22nd ranked LSU women’s tennis team takes on No. 61 New Mexico in the first round of the NCAA Tournament at 2 p.m. Friday at Texas Tech’s McLeod Tennis Center in Lubbock, Texas.

“We are excited to be in Lubbock and get the tournament started with New Mexico,” Sell said. “We came early to adjust to the weather and environment, but I think the girls are ready. They have been tough competitors all season and they are excited to get back on the court.”

New Mexico is 16-9 on the year and earned an automatic bid into the NCAA Tournament after winning the Mountain West Championship. This will be the sixth meeting between the two teams. The Lady Tigers own a 5-1 record over the Lobos with the last meeting coming in 2009.

LSU heads into the tournament with momentum from one of the most successful SEC Tournaments in school history. The Lady Tigers reached the semifinal for just the third time in program history after defeating No. 7 Texas A&M in the quarterfinal. The win over the Aggies was the highest ranked win for the program since 2001.

The Lady Tigers are led by No. 29 Joana Vale Costa, No. 68 Skylar Kuykendall and junior Abby Owens on the top three courts.

Vale Costa is 15-9 on the year and earned a berth into the NCAA Singles Championships. The sophomore defeated seventh-ranked Sydney Campbell of Vanderbilt in the final weekend of the regular season for the highest ranked win for an LSU player since 2008. Vale Costa was also named to the All-SEC first team by the league coaches.

Kuykendall continues to compete on court two for LSU. The junior has amassed 24 wins in dual match play, which is tied for second in the country. Kuykendall held an 11-match win streak for the majority of the conference season and was named to the second-team All-SEC. The Jasper, Alabama native is only the 14th player in school history to have over 30 wins in a year.

Owens is 17-7 overall and 10-4 on court three for LSU during the spring. Owens defeated No. 47 Saska Gavrilovska for a crucial point in the thrilling quarterfinal match win over Texas A&M in the SEC tournament.

Senior Noel Scott, Ella Taylor and Skylar Holloway wrap up the back half of the lineup. Scott and partner Vale Costa are ranked 33rd in doubles and were named alternates for the NCAA Doubles Championships.

Taylor holds an 18-8 record overall and 6-6 in conference play. Holloway wraps up the lineup and is coming off of an incredible comeback win, which clinched the match over the Aggies. The sophomore was named to the All-SEC Tournament Team after her performance in the quarterfinal match.