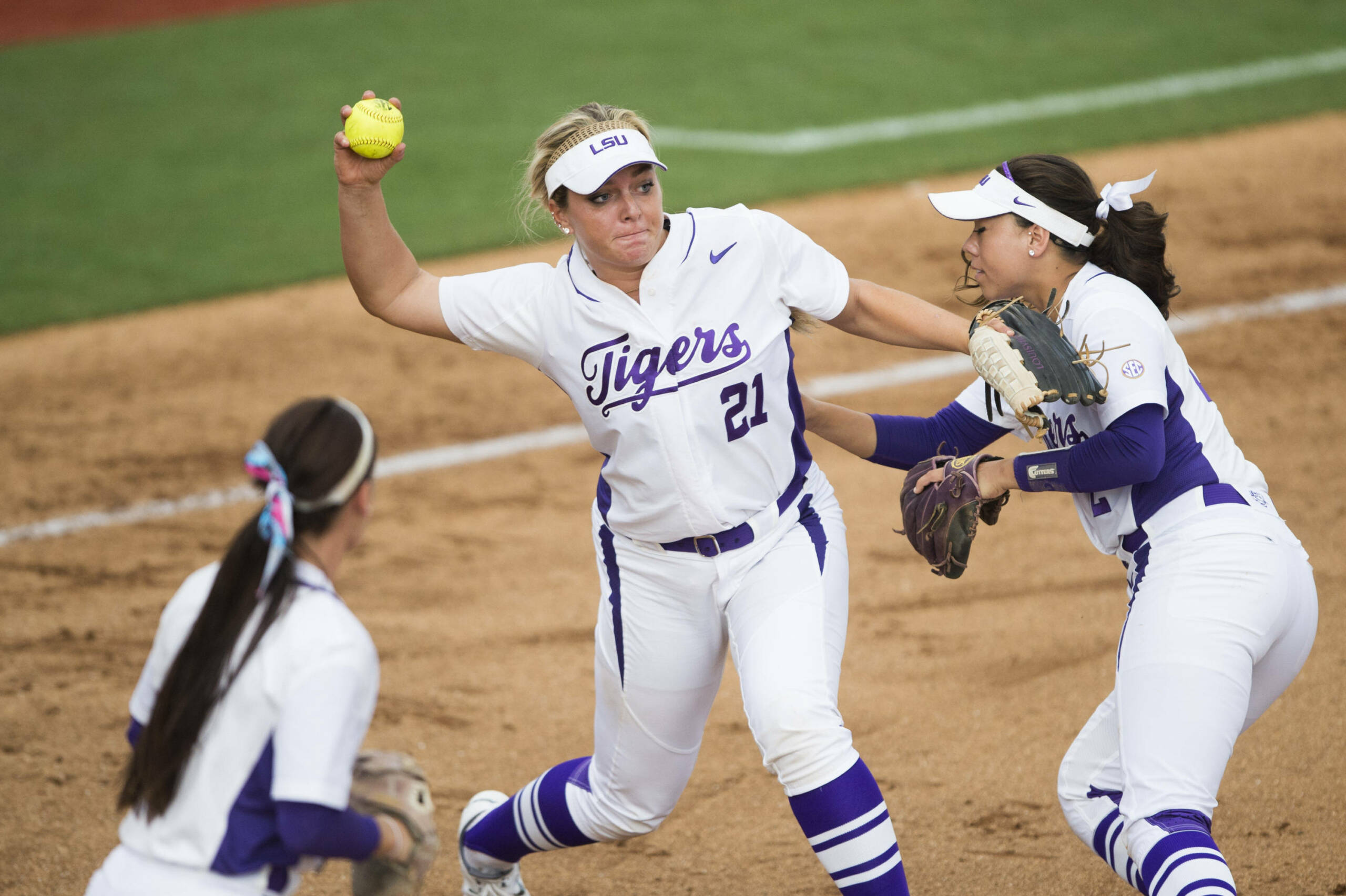 BATON ROUGE, La. – In a vote by the sports information directors and media relations professionals around the state of Louisiana, Aleah Craighton of Louisiana-Lafayette and Carley Hoover of LSU were named the Louisiana Sports Writers Association Player and Pitcher of the Week it was announced today by the organization.

Craighton posted team-bests with a .700 average, four home runs and nine RBI in the No. 10 Ragin’ Cajuns three-game sweep of ULM that clinched the Sun Belt regular season championship. She homered twice in each game of Saturday’s doubleheader collecting her second and third multi-home run games of the season. She set a career-high with six RBI in Game 2 which upped her doubleheader total to nine RBI.

Hoover held two of the hottest offenses to low totals as she finished with two wins in three starts in the circle, allowing just three runs in 19.0 innings of work. Hoover allowed 12 total hits to Auburn and Missouri, striking out 22 to lead the LSU pitching staff in wins and shutouts in three complete-game efforts. She pitched her fourth shutout of the season on the road at Missouri, holding them to four hits with four strikeouts in a run-rule victory. Although she suffered the loss on Friday in the opener against Auburn, she held them to only two runs on three hits with six strikeouts. She came back two days later to tie her career high in fanning 12 Auburn batters in allowing just one run on five hits to secure the victory.