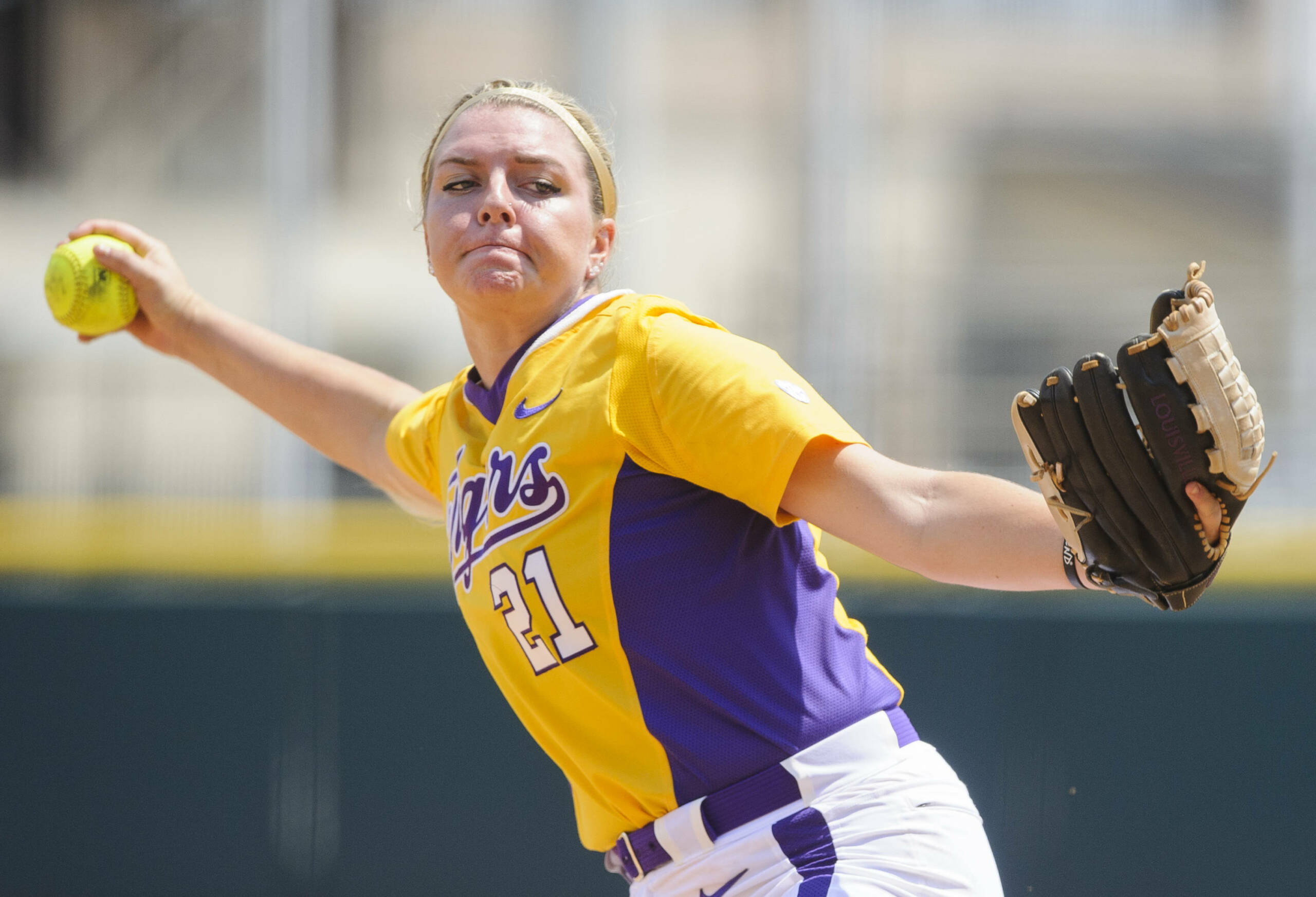 Against two of the hottest offenses in the league, Hoover amassed a 1.11 earned run average in the circle in three complete-game efforts for the Tigers, allowing three runs on 12 hits in 19.1 innings of work. The Clemson South Carolina, native struck out 22 total Auburn and Missouri batters over the week in earning a 2-1 record.

She pitched her fourth shutout of the season on the road at Missouri, holding them to four hits with four strikeouts in a 9-0, five-inning win in Columbia on Monday.

Although she suffered the loss on Friday in the opener against Auburn, she held them to only two runs on three hits with six strikeouts. She came back two days later to tie her career high in fanning 12 Auburn batters in allowing just one run on five hits to secure the victory.

LSU will be back in action on Thursday night, opening play at the 2015 Southeastern Conference Softball Tournament at Tiger Park in Baton Rouge.