Swog Blog: Links Success a Decade in the Making 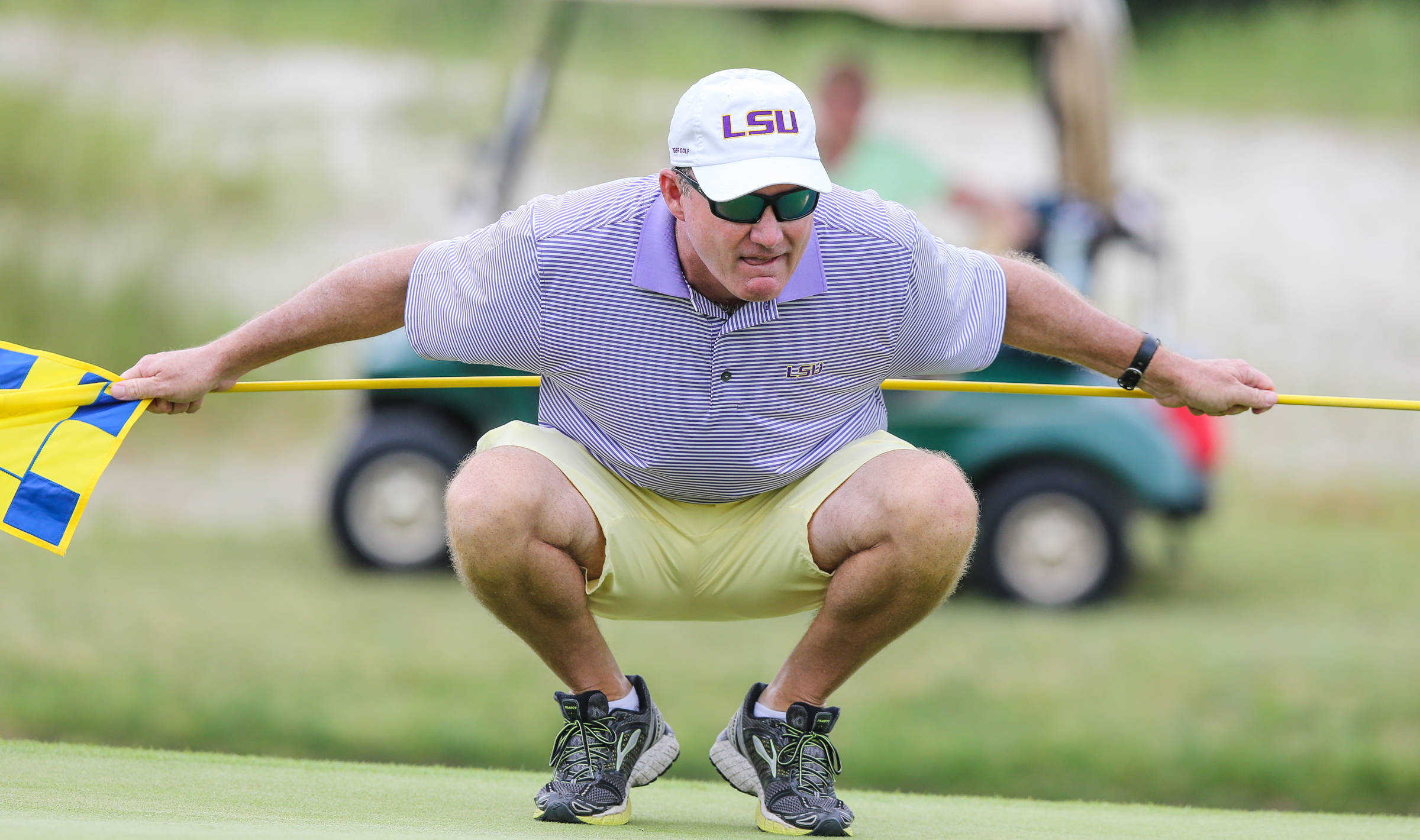 “All five guys had a role in it coming to the house,” the 10th-year coach said.

They make up a team that has to be considered one of the favorites to win the NCAA title, not only because LSU won the SEC Men’s Golf Championship for the first time since 1987, but also because the Tigers can still taste what it was like to lose in the national semifinals almost a year ago.

LSU was hot as can be last spring before losing in golf’s version of the Final Four to Alabama.

It brought to an end a season in which the Tigers were ranked as high as No. 3 and was LSU’s best season since also finishing third in 1967.

“That was huge. It made us as players realize we were part of a golf program that’s good enough to win the national championship,” said Taylor, along with Jolly the other senior on the team. “Winning the SEC we proved to ourselves that we do have the potential to be the best golf program in the country.”

Accordingly, you could look at this season as the culmination of a building process.

“We’ve had top-10 teams before that didn’t win the conference championship,” Winstead said. “Of course, last year we had another top-10 team that didn’t win, finished second, and then went on to the Final Four. We returned three of those five starters and replaced two guys (Curtis Thompson, Smylie Kaufman) who are now on the Web.com Tour. So they were good players.”

But they were replaced with two sophomores who are from Louisiana, Pierce from Covington and Ricard from Shreveport.

“And they’ve played tremendous golf for us this year,” Winstead said.

Back to Jolly, whose first name is Stewart. He’s from Birmingham who couldn’t have appreciated winning the SEC title more, especially after his eagle on 15 and a birdie on 17 in the final round. LSU, which rallied from three strokes down in the final round, tore it up and had the title in hand by then, but Pierce got to sink the last shot.

“It was probably the most incredible feeling I’ve ever had,” said Jolly, who led LSU with a 1-under 69 in the final round in the SEC gathering in St. Simons Island, Ga., on April 19. “It was so exciting coming down the stretch. We had a chance to win the SEC Championship and then pulling it off was even better.”

But in sports, especially in golf, it’s a what-have-you done-for-me-lately world. On Monday morning, LSU will find out where it goes for regional play — there are six NCAA sites May 14-16 — and the Tigers have to finish in the top five to move on to the NCAA Championships May 29-June 3 in Sarasota, Fla. The regional fields will be announced on the Golf Channel.

“Winning the SEC was awesome and I’m happy to be on coach Winstead’s first team that he’s won it with,” Taylor said. “Everything’s on a high here in the golf house, which is awesome, but the next big tournament’s regionals and that’s the one that’s going to get us to nationals. It doesn’t make any difference if you win the SEC or finish 10th, you still have to qualify for nationals. That’s just the nature of our sport. We’re going to do everything we can to prepare for regionals just as if we didn’t win the SEC.”

“It definitely stung,” Jolly said. “It made me want to get back even worse. We have a really special group of guys who can take us even further.”

That includes Taylor, who has quite a travel story that led him to LSU. He’s from Leatherhead, England, south of London, and played his first two years of college at Division II Nova Southeastern in Florida, where he was that level’s national player of the year in 2012.

“I really wanted to challenge myself and better my future in golf,” Taylor said. “I wanted to go to a bigger school and I was very fortunate, because my coach at Nova was Garrett Runion.” Runion, not coincidentally, was hired three seasons ago by Winstead.

“I’m very glad I chose LSU when I was considering my Division I options,” Taylor said with a smile.

His team is ranked seventh or thereabouts in different polls after winning its fourth tournament of the season. LSU players came off the SEC win getting back to practice, then dealing with dead week and then next week have finals before hitting the road again.

“Winning the SEC was a very special feeling. This is my fifth year of college and to be a senior now and just about to graduate and to win the SEC Championship was very, very special,” said Taylor, who lives near the Premier League soccer team Chelsea but instead is a big Arsenal fan.

“Especially since being at LSU and understanding how much of a big deal the SEC is and what an accomplishment is to be an SEC champion. And to give back to the school that’s done so much for me since I’ve transferred and helped me become a better person and a better golfer is a cool way to say thank you and prove them right.”

Winstead, a huge sports fan who grew up Ruston, is convinced that balance is the key to LSU this season.

“We don’t have a candidate for SEC Player of the Year,” he said. “That being said, in my opinion we have five guys who could all be all-conference. And that’s the nature of this team. If you look at the scoring averages, the lowest scoring average on the team and the highest, it’s within one shot for 18 holes. They’re all extremely talented and very solid players.”

The coach isn’t bad, either. He was named the SEC Coach of the Year and the first at LSU since Britt Harrison won the honor in 1989. The other LSU coach to win it was Buddy Alexander in 1986.

“I’m extremely happy for the guys, but I’m an LSU guy,” Winstead said with a broad smile.

“I mean, I played here and I know how many people over the past 10 years while I’ve been the coach have helped do things to make a championship like that happen,” said Winstead, whose last season at LSU was 1991.

“For me the gratification is that all those people, the alumni, the past players, the administration, the Tiger Athletic Foundation, all these different entities who have helped us, that they see some fruits from everything they’ve done.”