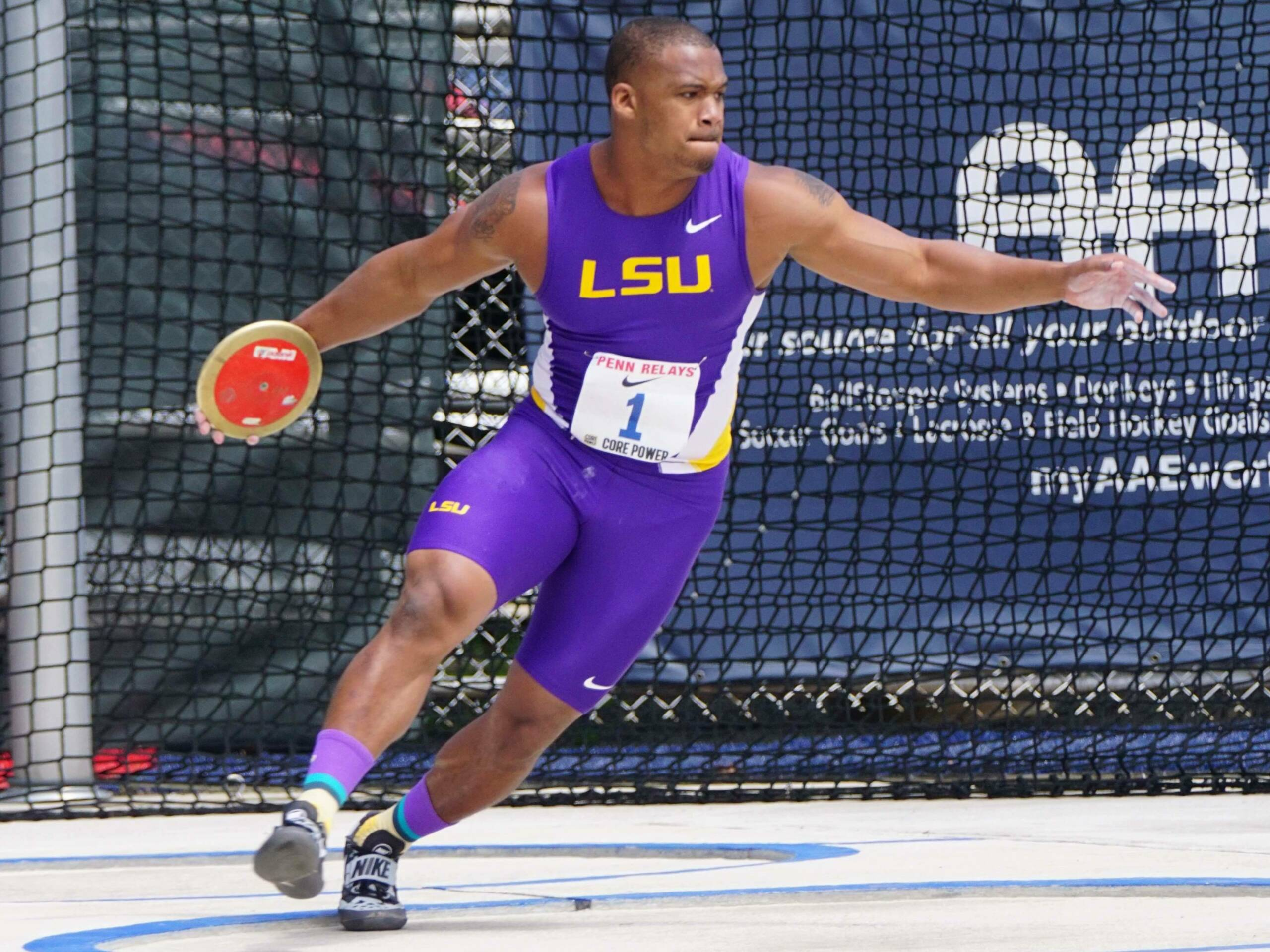 BATON ROUGE – After smashing his own meet and school records while raising his NCAA-leading performance in winning the men’s discus title at the 121st Penn Relay Carnival on Saturday, LSU senior Rodney Brown was honored Tuesday afternoon as the SEC Men’s Field Athlete of the Week for the third time during the 2015 outdoor season.

Brown, who also claimed the weekly award in back-to-back weeks on March 24 and March 31 earlier this spring, won his second-straight Penn Relays title with a throw of 213 feet, 5 inches on Saturday.

Unleashing a career-best mark of 213-5 on his second throw of the competition, Brown smashed his own Penn Relays meet record of 210-10 and LSU school record of 212-2 that he set during his junior season a season ago. It was a mark that also eclipsed his previous NCAA-leading throw of 209-8 he set in winning the event title at the Texas Relays back on March 27.

Brown has proven to be one of the most dominant athletes in collegiate track and field during the 2015 outdoor season as he has now won the event title in all six discus competitions he has appeared this spring, while also eclipsing the 200-foot mark during each meet this season. Along with taking the title at the Texas Relays and Penn Relays in recent weeks, Brown has also been crowned the men’s discus champion at the Louisiana Classics (207-11), Battle on the Bayou (203-3), Jim Click Shootout (200-6) and LSU Alumni Gold (208-3).

Saturday’s event also featured the NCAA’s No. 6-ranked discus thrower this season in Tennessee’s Tavis Bailey, who followed Brown well back in fifth place overall with a series-best of 197-6 on the afternoon.