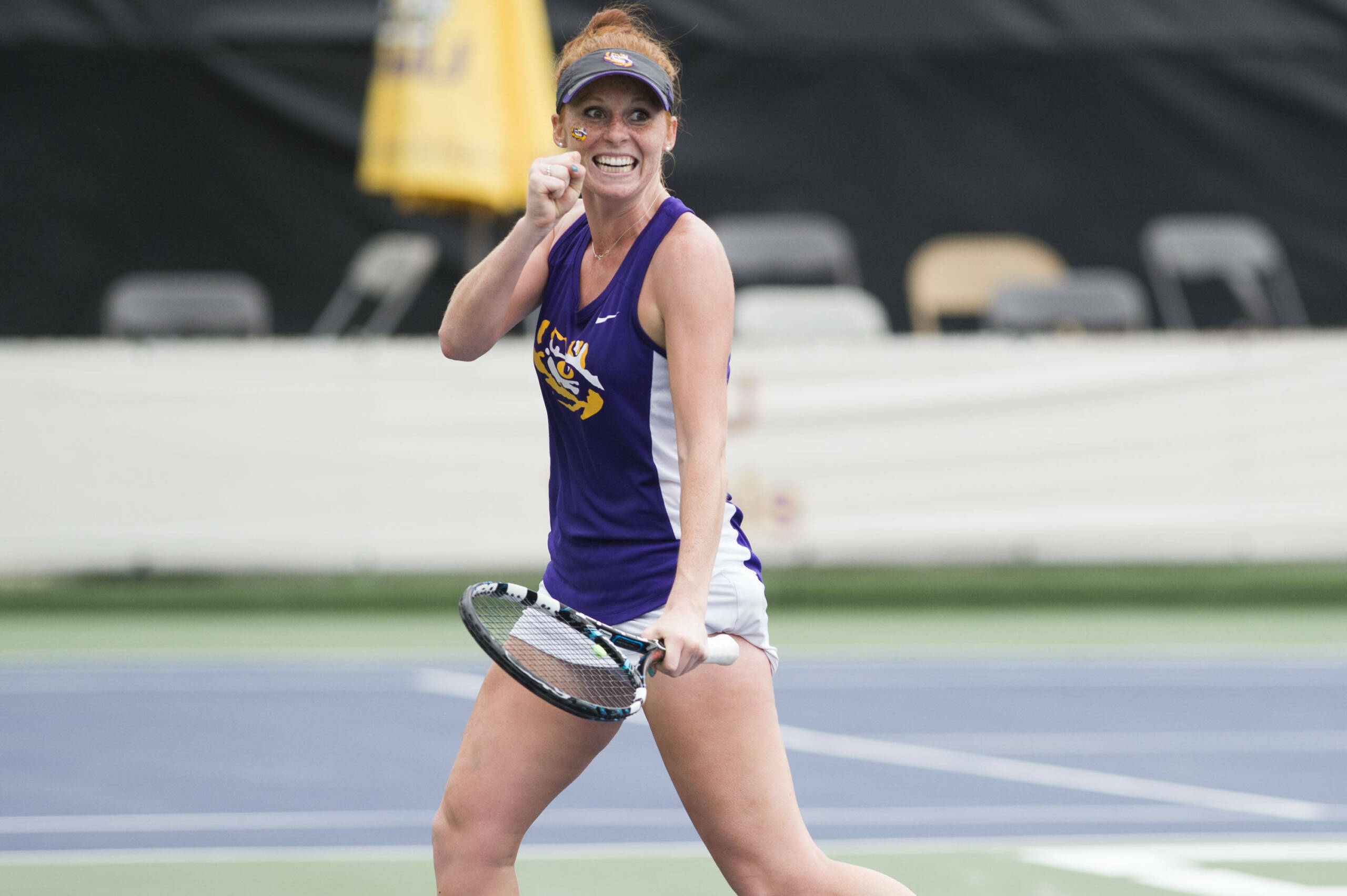 BATON ROUGE, La. — For the 20th time in school history, the LSU women’s tennis program earned a berth into the NCAA Tournament, and the 22nd-ranked Lady Tigers will travel to Lubbock, Texas, to face No. 61 New Mexico at 2 p.m. CT Friday, May 8.

This marks the second time the Lady Tigers have earned a berth in the tournament under third-year head coach Julia S. Sell. LSU will be the second seed and the Lobos will serve as the three seed.

“I think a large credit goes to the players who have come through our program over the past three years,” Sell said. “They’re the reason our program has progressed. We were in a much better place this year and knew we had secured a spot. This team is motivated and they have goals for the rest of the season.”

If the Lady Tigers advance, they will play the winner of 16th-seeded Texas Tech and New Mexico State at 3 p.m. CT Saturday, May 9.

LSU has started off postseason play with one of the best performances in school history. The Lady Tigers finished in the top-six of the conference for just the sixth time since 1991. The team made the semifinal of the SEC Tournament for just the third time in school history after defeating No. 7 Texas A&M.

LSU is led by No. 30 Joana Vale Costa and No. 57 Skylar Kuykendall. Vale Costa holds a 15-9 record on court one this season. Vale Costa defeated seventh-ranked Sydney Campbell of Vanderbilt in the final weekend of the regular season for the highest ranked win for an LSU player since 2008.

Kuykendall continues to hold one of the top spots in the country with 24 wins on the year. The junior was named to the All-SEC second team for her performance this season.

Sophomore Skylar Holloway was named to the All-SEC Tournament Team after her performance in the tournament. Holloway clinched the Lady Tigers’ 4-3 win over No. 7 Texas A&M and a berth into the semifinal with her comeback win.

New Mexico is 16-9 on the year and earned an automatic bid into the NCAA Tournament after winning the Mountain West Championship. This will be the sixth meeting between the two teams. The Lady Tigers own a 5-1 record over the Lobos with the last meeting coming in 2009.

at Charlottesville, Va.
9. Virginia vs. VCU
South Carolain vs. Princeton

at Waco, Texas
Rice vs. Tulsa
Northwestern St. vs. 8. Baylor

at Stillwater, Okla.
Arizona St. vs. Arkansas
Boston U. vs. 12. Oklahoma St.

at Tuscaloosa, Ala.
13. Alabama vs. Samford
Clemson vs. South Alabama

at Berkeley, Calif.
3. California vs. Bryant
Houston vs. Mississippi St.

at Athens, Ga.
Duke vs. Purdue
Charleston Southern vs. 6. Georgia