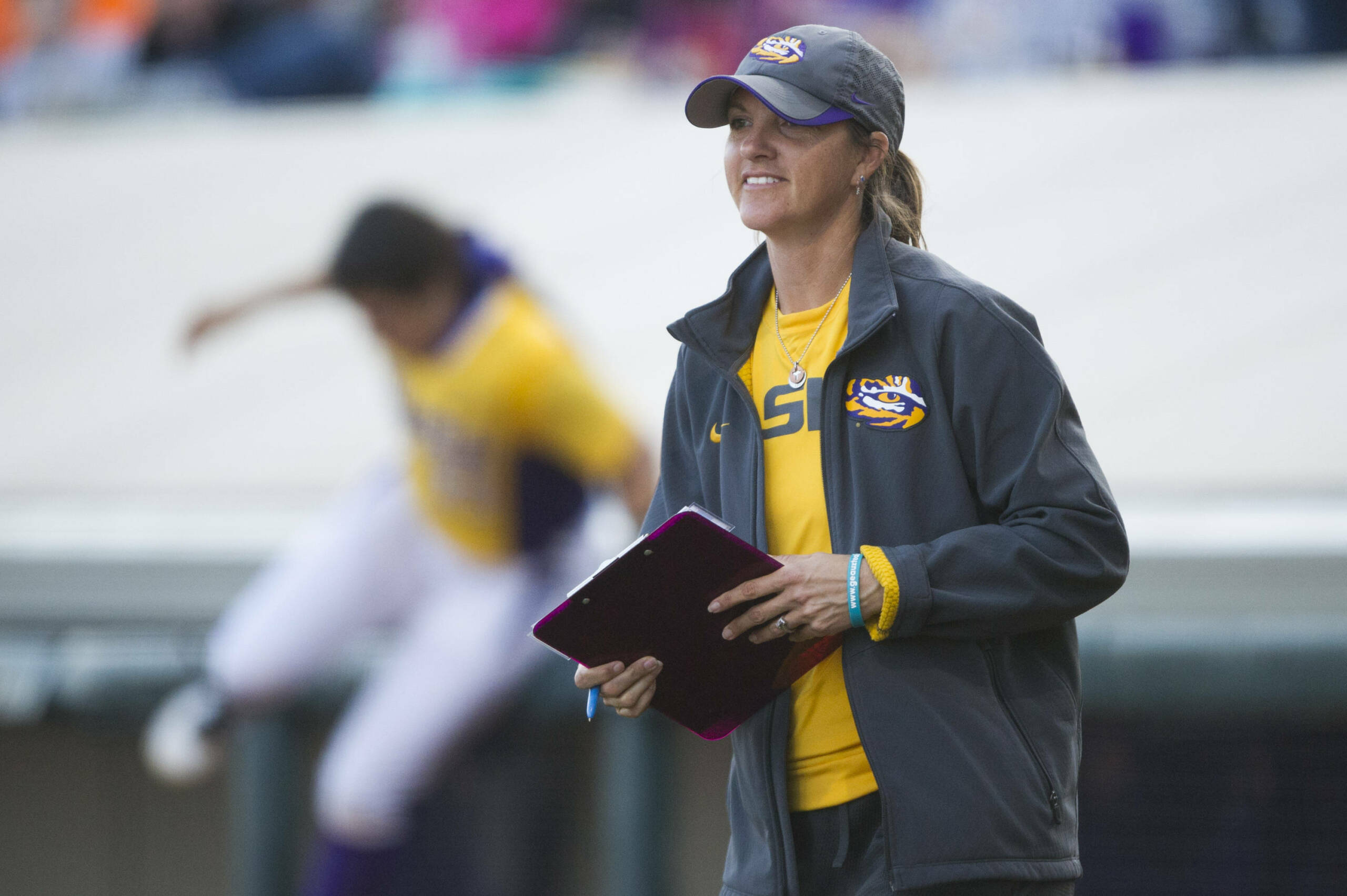 BATON ROUGE, La. – The No. 6 LSU softball team closes out the 2015 regular season this weekend with a Top 10 clash of SEC powers when the Tigers host No. 8 Auburn for a three-game series at Tiger Park beginning on Friday evening in Baton Rouge.

All three games of the series with Auburn will be streamed live, with Friday and Saturday on SEC Network Plus with Lyn Rollins and Yvette Girouard, while Sunday’s finale will be shown on ESPN at 2 p.m. with Pam Ward and Michelle Smith. All three games can be heard on ESPN 104.5/104.9 locally in Baton Rouge and online in the Geaux Zone with Patrick Wright and Matt Dunaway.

The biggest aspect to the weekend will be before each game and then at the end of the game on Sunday, as the team will honor its three-member senior class with special presentations leading into each contest in Kailey McCasland, A.J. Andrews and Dylan Supak.

Being honored on Friday is McCasland, the San Clemente, California native who has played in 76 games in the Purple and Gold, as she’s coming off one of her best games just on Wednesday where she went 2-for-3, tying her career high in hits, while driving in three runs just one shy of her career best number. The 2012 SEC First-Year Honor Roll Student has had a host of memorable moments throughout her career, including a pinch-hit grand slam at ULM last season and an inside-the-park home run this year, among others.

On Saturday, the team will recognize their 2013 All-American and repeat All-SEC honoree in Andrews. Although the Oldsmar, Florida, native will be wrapping up her star-studded career at LSU, she will be able to continue her softball pursuits on the professional level as a member of the Chicago Bandits of National Pro Fastpitch. Andrews will depart LSU as one of the most honored student-athletes in program history by the end of the year, while etching her name in the record books in stolen bases, triples, walks and multi-hit games.

Sunday will be Supak’s day, as the team will honor the LaGrange, Texas, product pregame who has played in over 100 games at LSU with over 60 starts to her credit. Supak has been an integral part to LSU’s success not only on the field but in the classroom and in the community. Not only heading up the team’s community service efforts this season, Supak has been honored with nearly a dozen academic awards, including most recently being named the Tiger Athletic Foundation Female Student-Athlete of the Year last month.

“This group is so special to me because it’s the first class that has been with me for four years, so they understand the system, know what I’m about as well as any players we’ve had come through,” head coach Beth Torina said. “They are great leaders for this program, and have been so selfless doing whatever the team needed them to do. When I showed my video to the team, I was getting choked up and started laughing at the same time, just running the gamut of emotions that go with losing three people who you care so much about.”

Outside of the festivities surrounding the week, the Tigers will turn their attention to Auburn after coming off some much needed confidence in earning its second consecutive run-rule victory in an 11-0 win over Southeastern Louisiana on Wednesday night. After dropping a pair of disappointing games to Missouri, LSU seems to be getting back the confidence it had at the beginning of the season to use against an Auburn team that boasts the best offense in the SEC and one of the best in the nation.

“I think we had a lot of self-doubt those first two games, and I think we came into it a lot more confident on Monday, which the players should have every right to be because of the season they’ve had,” Torina said. “They came out much more confidently in every area over the last two games and that’s going to be a huge key going into this weekend, limiting Auburn’s chances for extra bases or free bases because that could be costly for us this weekend.”

The win over the Lady Lions was a textbook case of the team’s first month of the year, scoring all 11 runs on 13 hits, while using solid pitching to lock down the opponent at the plate and on the bases as well. All nine of LSU’s batters in the game garnered a hit for the Tigers in the winning cause, while SLU was held to just two hits and only had three runners on over the course of the contest.

The player who is swinging arguably the hottest bat for the club is junior infielder Sandra Simmons, who on Monday earned two more hits for her 10th multi-hit game of the season with a double and a triple and two RBIs. After hovering in the high .200 average, she is now hitting .311 with five RBIs in her last two.

Another has been junior Kellsi Kloss, who hit her 12th home run of the year to jumpstart the Tiger scoring in the second, as the Cypress, California, native is currently third on the team in hitting at .356, as she has hit six of the 12 in the month of April alone. Bailey Landry was the other player to earn two hits in the game, still second on the team in batting at .440 with 19 multi-hit games this year.

A.J. Andrews, Bianka Bell, Sahvanna Jaquish, Sydney Bourg and Emily Griggs all had one hit to round out the total group effort, with all scoring at least once, Griggs twice, and Bell driving in two.

Allie Walljasper showed the stuff on the mound that has her in contention to be the national freshman of the year in tossing her fifth shutout of the season to improve to 13-3, striking out four and walking two in the complete-game effort. She leads the LSU pitching staff with a 1.56 earned run average and 12 complete games, while sitting second in strikeouts and innings pitched.

LSU is 45-15 all-time against Auburn, looking to avenge its series loss to them last year in Auburn after dropping two of three there. The last time the two teams met in Baton Rouge, they each split a pair of games in Tiger Park in 2012.