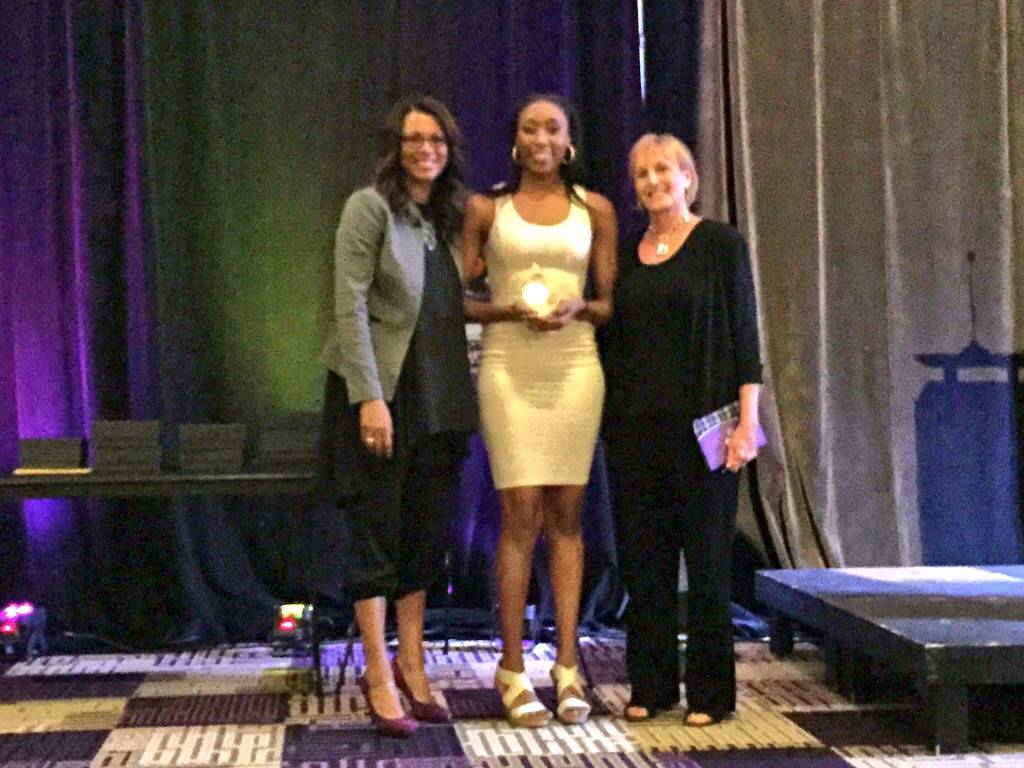 BATON ROUGE – The LSU women’s basketball program gathered inside the South Club Suites at Tiger Stadium for the team’s annual banquet on Tuesday evening to celebrate the accomplishments of the 2014-15 season.

The Lady Tigers honored seniors Sheila Boykin and DaShawn Harden for their commitment to the program. In the four-year period, LSU has amassed 83 victories. Boykin and Harden also were interviewed on stage and reflected on their career with the event’s host Patrick Wright, the radio voice of the Lady Tigers who recently completed his 25th season with the program. Head coach Nikki Caldwell recapped the season’s journey, and the banquet concluded with a video highlight package.

Awards were handed out by the program’s support staff members. Senior Associate Director Carole Walker of the Cox Communications Academic Center for Student-Athletes presented Raigyne Moncrief with the Student-Athlete Award for her work in her major of electrical engineering. Rina Hill was the recipient of the Strength and Conditioning Award handed out by Assistant Strength and Conditioning Coordinator Melissa Seal. For her efforts in the community and for being named to the SEC Community Service team, Ann Jones picked up the Community Service Award.

The team awards were voted upon by the coaches and student-athletes. Anne Pederson came away with the team’s Most Improved Player award. Moncrief and Hill secured the Offensive and Defensive Player of the Year, respectively. Danielle Ballard was named the team’s Most Valuable Player, while Boykin was selected as the recipient of the Sue Gunter Award for her representation of the program and many intangible factors the fans may not see on a daily basis.

“We were tested in many different ways during the season,” Caldwell said. “The resilience that the team showed said a lot about the path that they were on. We were able to get our momentum going in a tough conference after wins over Mississippi State and Kentucky. I like when we are considered the underdog and come out as the top dog. We did that time and time again throughout the season. We came out and fought hard when our back was against the wall. Obviously, we feel short of our ultimate goal. There is more work to be done, and we are going to work hard to reach those goals. Those are the things we want to build off of going forward to the 2015-16 season.”