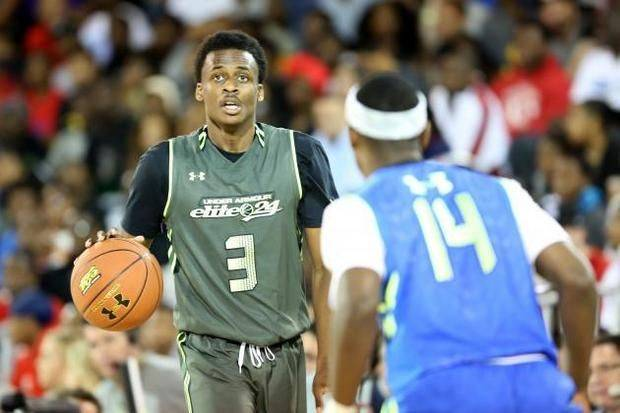 BATON ROUGE – LSU men’s basketball continued on the road to one of its highest ranked recruiting classes in school history Wednesday with the announcement that scholarship papers had been received from Antonio Blakeney of Oak Ridge High School in Orlando, Fla.

Blakeney is a 6-4, 177-pound guard who averaged 29.0 points, 6.9 rebounds and 2.7 assists per game for an Oak Ridge team that produced a 22-7 record and lost in the regional finals this past basketball season. Oak Ridge is coached by Alex Jackson.

He was named the state’s Class 8A Player of the Year and was voted Mr. Basketball in the state of Florida.

He played in both the McDonald’s All-American game in Chicago and the Jordan Brands Classic in Brooklyn.

“Antonio Blakeney will bring a different dimension to our basketball team with his ability to score,” said LSU Head Coach Johnny Jones. “His ball handling skills will allow him to play multiple positions. Not only is he a dangerous outside shooter, but he can penetrate the defense and either score or make plays for his teammates. With the addition of Antonio and the players he is joining in our program, this will allow us to continue to have a high-octane style of offense that the LSU fans have grown accustomed to seeing.”