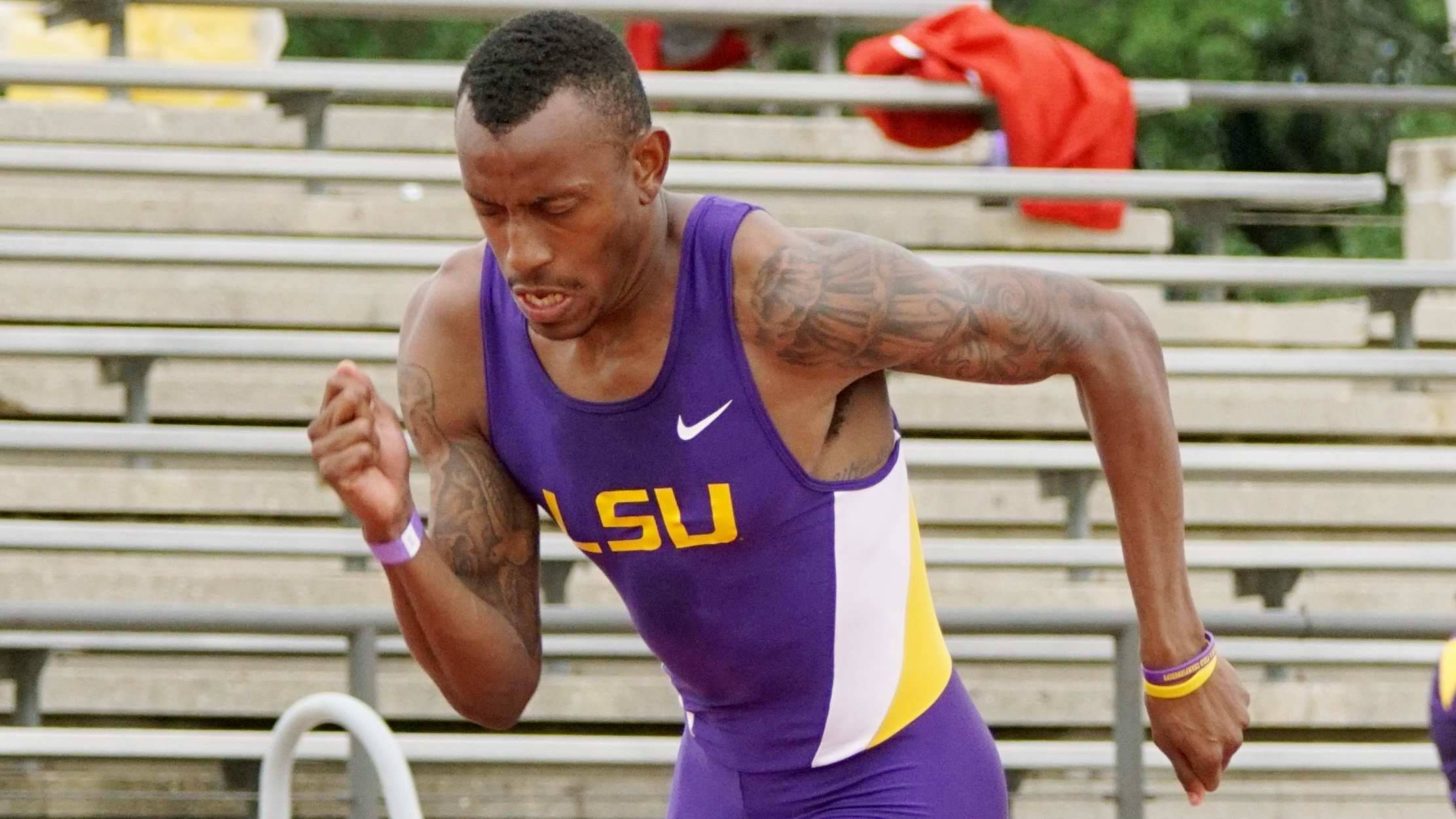 BATON ROUGE – After clocking a season-opening NCAA leader of 44.44 seconds to win the men’s 400-meter title at the LSU Alumni Gold on Saturday afternoon, LSU senior Vernon Norwood was honored Tuesday as the Men’s NCAA Division I National Athlete of the Week by the U.S. Track & Field and Cross Country Coaches Association.

Norwood actually picked up two major awards on Tuesday for his season-opening performance this weekend as he was also named the SEC Men’s Runner of the Week by the Southeastern Conference office.

Norwood became one of the 10 fastest 400-meter runners in collegiate history and the new NCAA leader in the event for the 2015 season at the LSU Alumni Gold on Saturday when he had a new lifetime personal best of 44.44 in victory at the Bernie Moore Track Stadium. The 2015 NCAA Indoor Champion in the event eclipsed the previous NCAA-leading 400-meter time of 44.89 set by Texas A&M’s Bralon Taplin just one week ago by nearly a half second while smashing his previous personal best in the event of 45.02 from last spring.

Norwood also trails only the seasonal-best time of 44.31 by 2012 Olympic Gold Medalist Kirani James of Grenada in the World rankings for the men’s 400-meter dash of the 2015 season. He is now the ninth-fastest 400-meter runner in collegiate history with his season-opening 44.44 and the second-fastest LSU Tiger in team history, trailing only the SEC record time of 44.29 by school-record holder Derrick Brew.

Norwood’s 44.44 also proved to be the fastest 400-meter race by an LSU Tiger in nine seasons since former Tiger national champion Xavier Carter was crowned the 2006 NCAA Outdoor Champion with a time of 44.53 at the national final that season. Norwood surpassed Carter for the No. 2 spot in the school record books as the second-fastest Tiger all-time over 400 meters.

A native of Morgan City, Louisiana, Norwood didn’t slow down there as he later ran a 45.3-second split for the third leg of LSU’s 4×400-meter relay team that clocked the NCAA’s No. 3-ranked time this season at 3:02.79 to take the tape in the final event of the meet ahead of Arizona’s 3:07.04. He teamed with senior Quincy Downing, junior Darrell Bush and junior Cyril Grayson in running a seasonal best in the mile relay.

The Tiger senior actually turned in a treble at this year’s LSU Alumni Gold as he even the second leg of LSU’s foursome that captured the 4×100-meter relay title on Saturday in a time of 39.11 to open the day.

Norwood is the second LSU Track & Field athlete to be named the NCAA Division I National Athlete of the Week during the 2015 season as he joins Lady Tiger senior and shot put All-American Tori Bliss, who was picked as the women’s recipient back on Jan. 13 following the team’s season-opening meet at the LSU Indoor Invitational to kick off this indoor season.