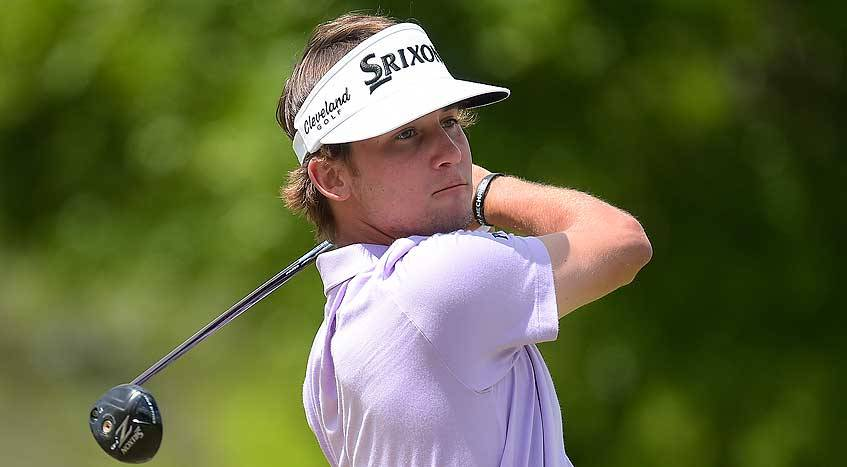 BATON ROUGE – As the LSU Tigers were being crowned the 2015 SEC Champions with their win at this year’s SEC Men’s Golf Championships on Sunday, two former Tigers continued their outstanding seasons on the PGA and Web.com tours as John Peterson and Smylie Kaufman picked up two more top finishes to build on their 2014-15 seasons.

While making his 13th cut in 14 appearances this season on the PGA TOUR, Peterson fired a 72-hole score of 8-under par 276 to earn his second-straight Top 20 finish and fourth on the season when he tied for 18th place at the RBC Heritage held this past weekend at Harbour Town Golf Links in Hilton Head, South Carolina.

It marked Peterson’s fourth Top 20 finish for his 14 starts on the PGA TOUR this season as he has also tied for 16th place at the OHL Classic at Mayakoba, tied for 20th place at the Humana Challenge and tied for 11th place at the Valero Texas Open just three weeks ago for his best finish of the 2014-15 season. By taking home a $69,325 check on Sunday, Peterson raised his earnings to $594,447 for the campaign to rank No. 83 for the PGA TOUR Money List. He has already eclipsed his previous best of $327,091 earned during his rookie season in 2011-12.

Kaufman has caught fire as a rookie on the Web.com Tour as he tied for fourth place for the second-straight tournament at the El Bosque Mexico Championship held in Leon, Guanajuato, Mexico, over the weekend.

Firing rounds of 4-under 68, 3-under 69, 2-under 70 and 3-under 69, Kaufman finished just five shots off the lead in a tie for fourth place at 12-under par 276 for the championship. Wes Roach was crowned champion of the Web.com Tour’s El Bosque Mexico Championship with a winning 72-hole score of 17-under par 271 in four rounds played at El Bosque Golf Club.

By earning a total of $51,535 to-date for his rookie season on the Web.com Tour, Kaufman has climbed to the No. 28 spot on the official Web.com Tour Money List for the 2014-15 season, just three spots short of going into the Top 25 and positioning himself for exempt status on the PGA TOUR next season.