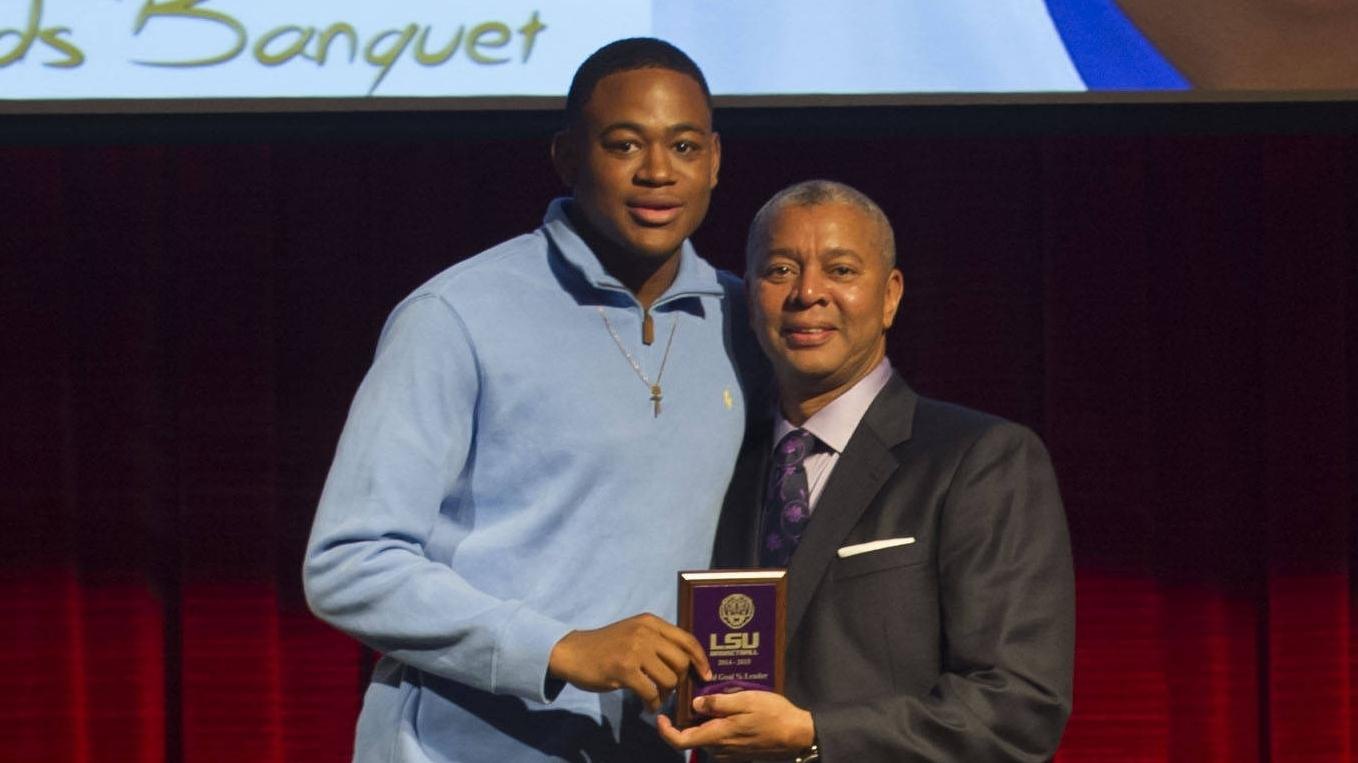 BATON ROUGE – Friends of the LSU basketball program gathered along with athletic staff members and family members to honor the 2014-15 LSU men’s basketball team at the annual awards banquet at the L’Auberge Events Center.

Mickey was also presented the commemorative basketball for becoming the 39th player in LSU history to record 500 career rebounds.

Both Mickey, who blocked 113 shots and was named to the SEC defensive team for the second straight year, and Quarterman, who usually had the assignment of guarding the best defensive player, were honored with the Co-Defensive Player of the Year award.

Martin, who averaged 16.9 points per game, 9.2 rebounds and shot 50.9 percent from the field, was named the Offensive Player of the Year.

Junior point guard Josh Gray was named the recipient of the Dale Brown Award as chosen by the coaches and selected for many intangible factors the fans may not see on a daily basis. Coach Brown presented the award to Gray.

Also, Martin and Mickey, who have both declared for the NBA Draft, were honored for their first-team All-SEC selection. It was the first time since 2009 that two Tigers were first-team selections and the 13th time since the 1933-34 season that LSU has had two players earn first-team honors in one of the recognized major wire-service or coach’s selections.

Senior John Odo and Antonio Robinson were recognized with their framed jerseys and Odo was named the recipient of the L Club Team Captain Award.

Video highlights of the season were shown and Coach Jones looked back on the year and what lies ahead for the Tigers heading into the 2015-16 season.