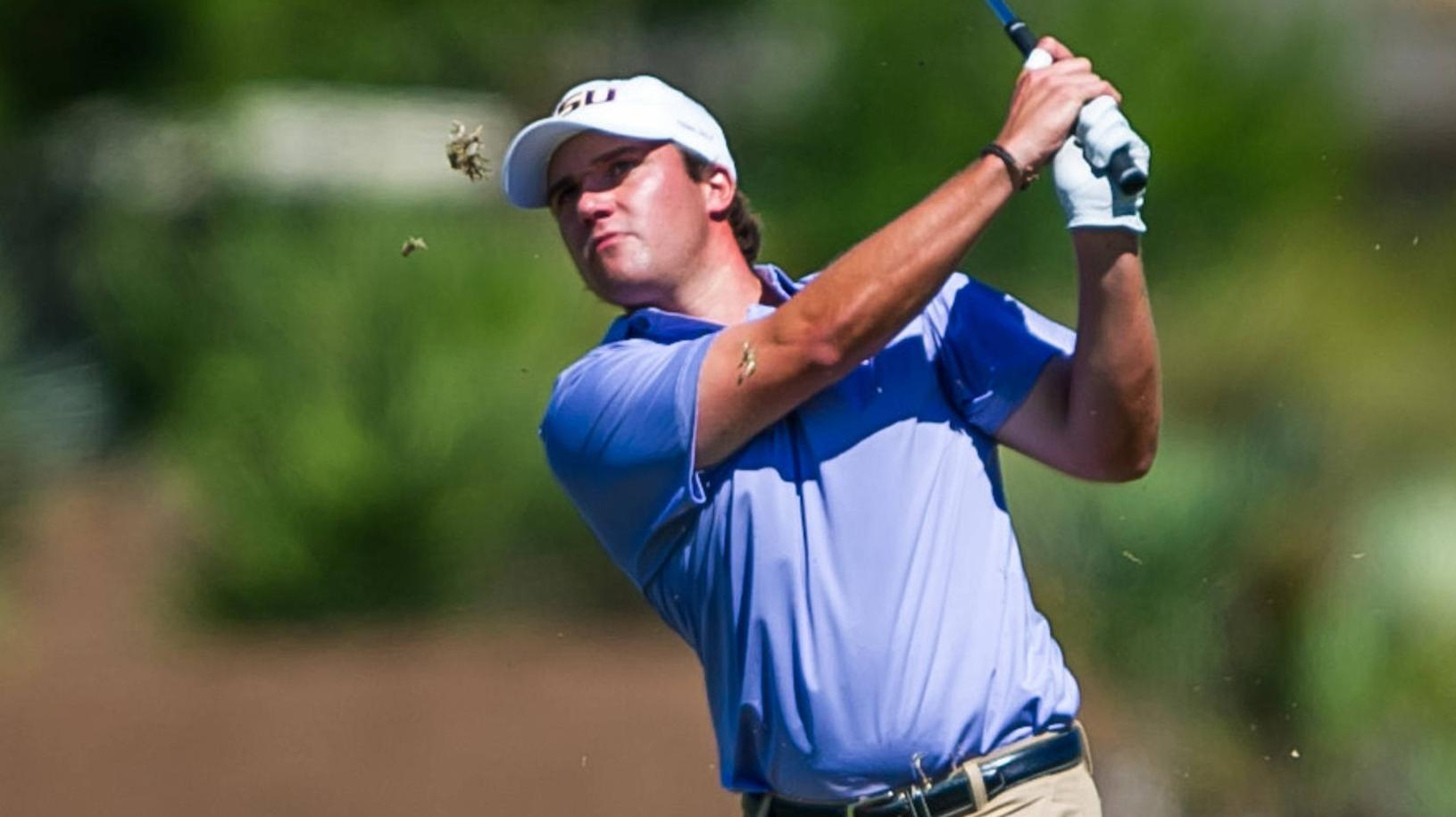 BATON ROUGE – With three tournament titles and a consensus Top 10 national ranking to its credit in the wake of the 2014-15 regular season, the No. 7-ranked LSU Tigers are ready to compete for a conference title this weekend with the 2015 SEC Men’s Golf Championships beginning Friday at Sea Island Golf Club in St. Simons Island, Georgia.

Sea Island Golf Club’s Seaside Course will play host to the three-day, 54-hole championship for the 13th time in 15 seasons as the course will play to a par 70 and 7,055 yards for this year’s tournament.

The SEC Men’s Golf Championships were held at the Seaside Course at Sea Island Golf Club from 2001-07 before moving to nearby Frederica Golf Club in St. Simons Island in 2008 and 2009. This marks the sixth year in a row that the Seaside Course will again play host to one of the strongest tournaments outside of the NCAA Division I Men’s Golf Championships.

Boasting an SEC Championships lineup that features the likes of senior All-Americans Stewart Jolly and Ben Taylor, junior standout Zach Wright and sophomores Brandon Pierce and Eric Ricard, the Tigers will go into the championship season as the NCAA’s No. 7-ranked men’s golf team in the latest Golfstat power rankings and Bushnell Golfweek Division I Coaches Top 25 poll. They are also tabbed the No. 9-ranked team nationally this week in the latest Golfweek Men’s Collegiate Team Rankings released Tuesday afternoon.

LSU wrapped up its regular season on April 5 with an appearance at Texas A&M’s Aggie Invitational where they took home a fourth-place team finish in the event held at Traditions Golf Club in Bryan, Texas.

The squad has cracked the Top 10 of the national rankings on the strength of an outstanding 2014-15 regular season in which the Tigers have won three team championships in their nine tournaments thus far. They are the reigning champions at the Golfweek Conference Challenge (Sept. 14-16), David Toms Intercollegiate (Oct. 4-5) and Talis Park Challenge (March 15-16) this season.

The Tigers are eyeing their first SEC Championship in 28 seasons as they are among four league teams ranked among the Top 10 nationally heading into the SEC Men’s Golf Championships this weekend as they join the likes of Vanderbilt (5/6/4), South Carolina (6/5/8) and Auburn (15/8/6) in the Top 10 of the national rankings. LSU was last crowned the SEC Champion during the 1986-87 season.

As the top three SEC teams in the latest Golfstat power rankings released ahead of the tournament, the Tigers are paired with South Carolina and Vanderbilt in Friday’s opening round as they will tee off starting at 6:30 a.m. CT in the first wave of teams off the front nine. Golfstat will provide live scoring of the event as fans can follow along at http://www.golfstat.com.

LSU came as close as it has in 25 seasons to winning the SEC title a year ago when the team fired a school-record round of 17-under par 263 in the final round to finish runner-up to Alabama (806) with its final total of 18-under par 822 for the lowest non-winning score in the 78-year history of the SEC Championships. The Tigers last took home a second-place finish at the SEC Championships in back-to-back seasons in 1988 and 1989.

Former Tiger standout and Web.com Tour rookie Smylie Kaufman was the key figure in LSU’s SEC-title challenge a year ago when he became the team’s second individual SEC runner-up in four seasons with his brilliant 11-under par 199 for 54 holes, including a 6-under 64 in the final round. Kaufman finished seven shots back of Alabama star Bobby Wyatt on the final leaderboard at the 2014 SEC Championships.

Three Tigers make their return to the SEC Championships after helping lead the team to a second-place finish last spring when Taylor tied for 13th place, Jolly tied for 21st place and Wright tied for 36th place in 2014.

Jolly has actually teed it up at the SEC Championships in each of his three previous seasons with the Tigers as his tie for 21st place on the final leaderboard a year ago marked his best career finish in the championship. In eight starts this season, Jolly boasts a 72.54 scoring average with two top-five, two top-10 and three top-20 finishes in his final season.

Wright is flying high as he prepares for his third career appearance at the SEC Championships after tying for 36th place on the final SEC leaderboard in each of his first two seasons with the Tigers in 2013 and 2014. Wright earned his best finish in the season in LSU’s regular-season finale while tying for fifth place overall at the Aggie Invitational on April 5. He is tied as the team’s third-leading scorer this season with a 72.25 scoring average in eight previous starts, including one top-five, two top-10 and seven top-20 finishes in 2014-15.

Wright is actually tied as LSU’s third-leading scorer with Taylor, who also heads into the weekend with a 72.25 scoring average in his eight tournament starts this season while claiming two top-five, three top-10 and five top-20 finishes. Taylor tied for 13th place with a final score of 2-under par 208 in his debut appearance at the SEC Men’s Golf Championships a season ago.

While the Tigers return Jolly, Taylor and Wright with SEC Championships experience this weekend, they have actually been led by a pair of sophomores in Pierce and Ricard for much of the 2014-15 season.

Pierce, the team’s top-ranked player as the No. 38-ranked player nationally by Golfstat, is LSU’s leading scorer in 2014-15 as he tees off Friday with his scoring average of 71.53 strokes per round in five starts this spring. Pierce has rebounded well from a back injury that held him out of the entire 2014 fall season, picking up two top-10 and four top-20 finishes in his five tournaments this spring season.

Ricard is also enjoying a banner sophomore season as the only Tiger on the roster to appear in each of LSU’s nine tournaments in 2014-15. The Shreveport, Louisiana, native follows Pierce as the squad’s second-leading scorer with a 72.15 stroke average in nine appearances while earning a team-leading four top-10 finishes and five top-20 finishes on the year.

After competing at the 2015 SEC Men’s Golf Championships this weekend, the Tigers will await their eighth-straight NCAA Regional selection as the field for the 2015 NCAA Men’s Golf Regionals will be announced over two weeks from now on Monday, May 4, from 9-10 a.m. CT on Golf Channel’s Morning Drive program. LSU will look to qualify for the 30-team field for the NCAA Division I Men’s Golf Championships for the fifth time in six seasons with a top-five team finish in NCAA Regional play.