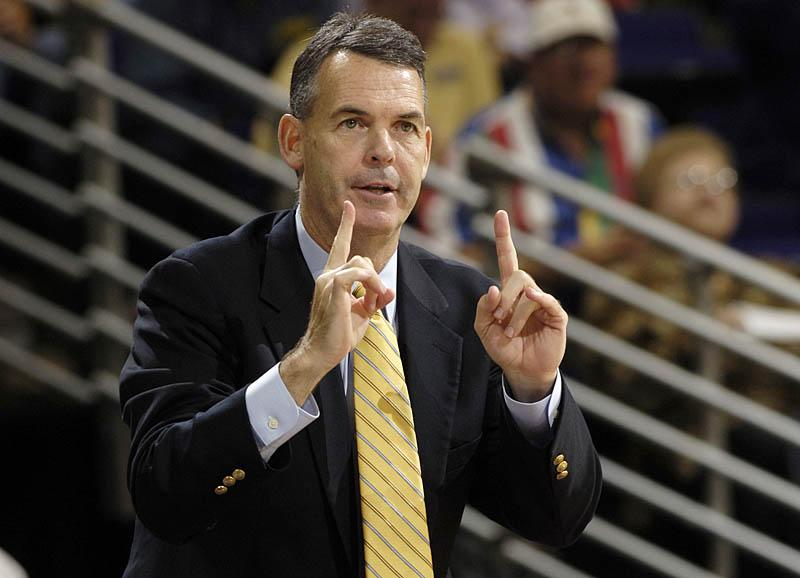 BATON ROUGE – LSU men’s basketball head coach Johnny Jones announced on Wednesday that John Treloar, who served 11 years as a college assistant, will be returning to the LSU staff as associate coach.

Treloar, who served on the LSU staff from 2004-08, is presently finishing his fifth season as the Director of Player Personnel for the Phoenix Suns of the NBA.

Treloar’s appointment is subject to the standard background check and approval by the LSU Board of Supervisors. He will not join the staff officially until July 1 when Treloar will have concluded his duties for Phoenix and the preparation for the June NBA draft.

“We are excited about the addition of John Treloar to our staff at LSU,” said Coach Jones. “His experience both on the professional and college level will be of great value to our program. We look forward to his arrival on July 1 as we embark on preparations for the 2015-16 season.”

Prior to that, he was at Indiana University, where he served on the staff for seven years. While at Indiana, he was on teams that went to six NCAA Tournaments, including the 2002 Hoosier team which advanced to the NCAA Final Four and finished as national runner-up. He was part of six-straight 20-win seasons and part of teams that defeated 12 top 10 teams at the time of the game.

“I’m looking forward to rejoining the LSU Basketball family and working with Coach Jones and his staff in helping these young men who wear the purple and gold be the best they can be,” Treloar said. “My goal is to serve and assist Coach Jones any way that I can in whatever areas he feels I can help. I will do all I can to help him achieve and sustain excellence.

“Coach Jones reached the Final Four as both a player and as an assistant at LSU,” Treloar said. “As a coach, I have been a part of two Final Fours, one at Indiana in 2002, and here at LSU in 2006. Being a part of continuing to build an elite program at LSU is a challenge I welcome.”

Treloar began his coaching career at the University of Alabama in 1980 where he served as graduate assistant for two years.

In his role with the Suns, Treloar, 58, worked with General Manager Ryan McDonough in personnel and the club’s scouting process. After leaving LSU and prior to joining the Suns, Treloar was the head coach of the NBA Developmental League’s Erie Bayhawks, where he also handled personnel decisions. He assembled the squad and led it to the playoffs in its inaugural season.

A 33-year veteran of basketball as both a coach and general manager, Treloar’s head coaching experience at the professional ranks includes time in the CBA with the Wichita Falls Texans (1990-94), Chicago Rockers (1994-95) and Connecticut Pride (1996-97). His teams made seven playoff appearances in eight seasons and in 1991 Treloar became just the second coach in league history to win a championship in his first season on the bench.

He also served as head coach from 1982-87 for two different professional teams in Germany. Treloar’s international experience also includes a stint with a professional team in Venezuela in 1997. He joined the team at midseason and went on to guide the club to the league championship finals.

A native of Clinton, Mississippi, Treloar and wife, Debra, have two children, Taylor (16) and Trey (12).