Women's Tennis Back in Top 25 After Big Win 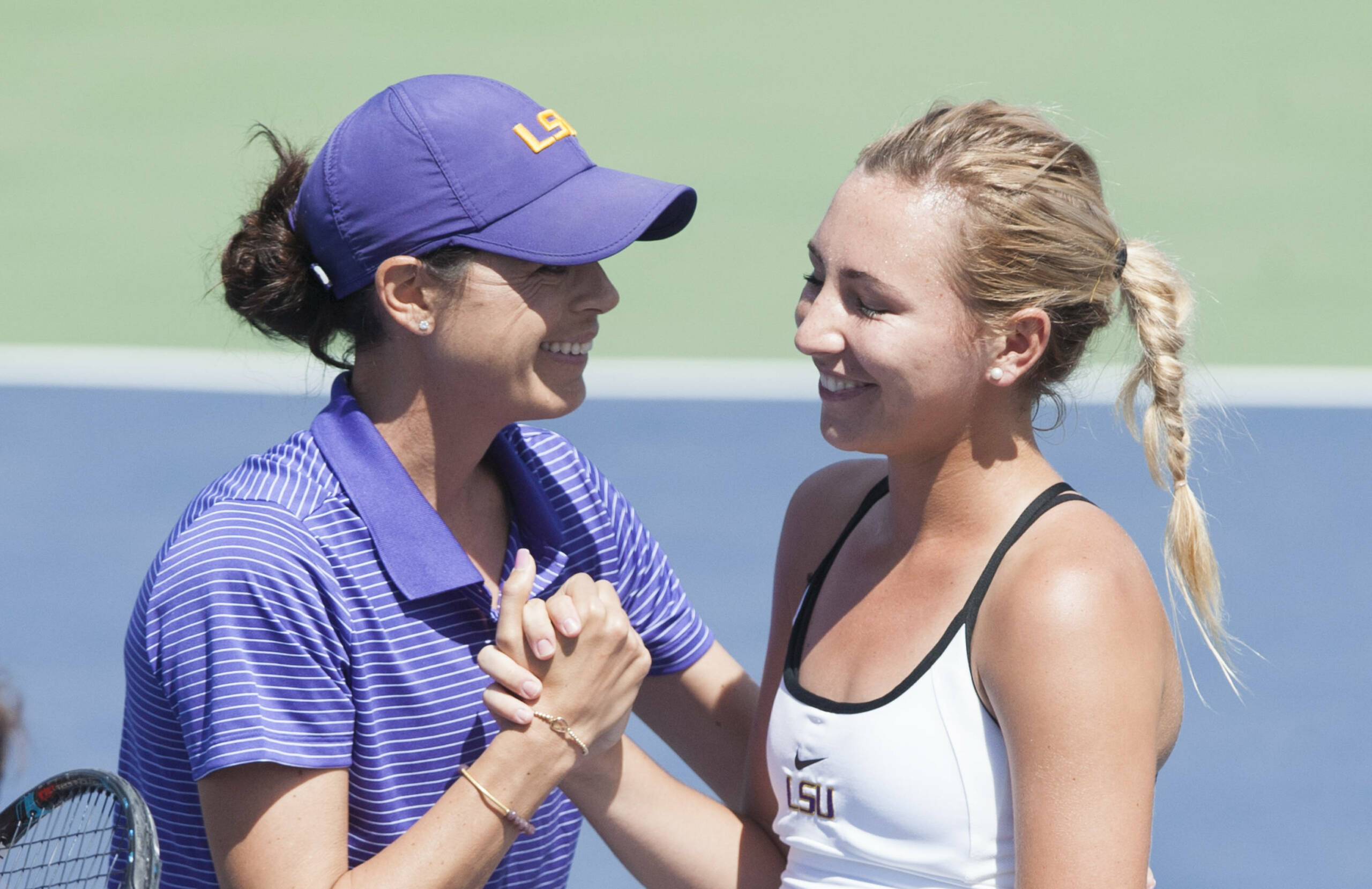 BATON ROUGE, La. — The LSU women’s tennis team moved up three spots to 24 in the latest rankings released by the ITA Tuesday morning. In the latest singles ranking, Joana Vale Costa moved up to 29 and Skylar Kuykendall moved up 16 spots to 60.

The Lady Tigers wrap up the regular season with a 17-9 record overall and 7-6 record in the Southeastern Conference. The seven SEC wins is the most since the 1991 team had eight wins and finished 18th in the country. The 17 overall wins are also the most since 1997.

“I think this regular season has just shown so much growth for our program,” third-year head coach Julia Sell said. “I’m really proud of what the girls have achieved so far this season. We’ve made so much progress in the last three years but the credit goes to the girls and all the hard work and dedication they’ve put into getting better.

In the regular season, Vale Costa compiled some of the best wins in the history of the program. The junior defeated No. 7 Sydney Campbell for the highest ranked win by an LSU player since 2008. Vale Costa along with partner Noel Scott defeated Pleun Burgmans and Emily Flickinger who were ranked sixth in the country. It was the highest ranked win for an LSU doubles team since 2002.

Kuykendall held an 11 match win streak through most of the SEC schedule. The junior is 22-4 overall and 10-3 in conference. Kuykendall leads the country in wins and is the only player in the SEC to have 20 or more wins this season.

The Lady Tigers defeated two teams ranked 21st this season for the highest wins Sell. This season also marked the first time since 2009 that an LSU beat three teams ranked in the top-30.

LSU travels to Columbia, South Carolina for the SEC Tournament. The Lady Tigers have a top-six seed and finished in the top of the conference for just the sixth time since 1991. LSU faces off against the winner of Missouri and Arkansas at 1 p.m. CT Thursday at the Carolina Tennis Center.