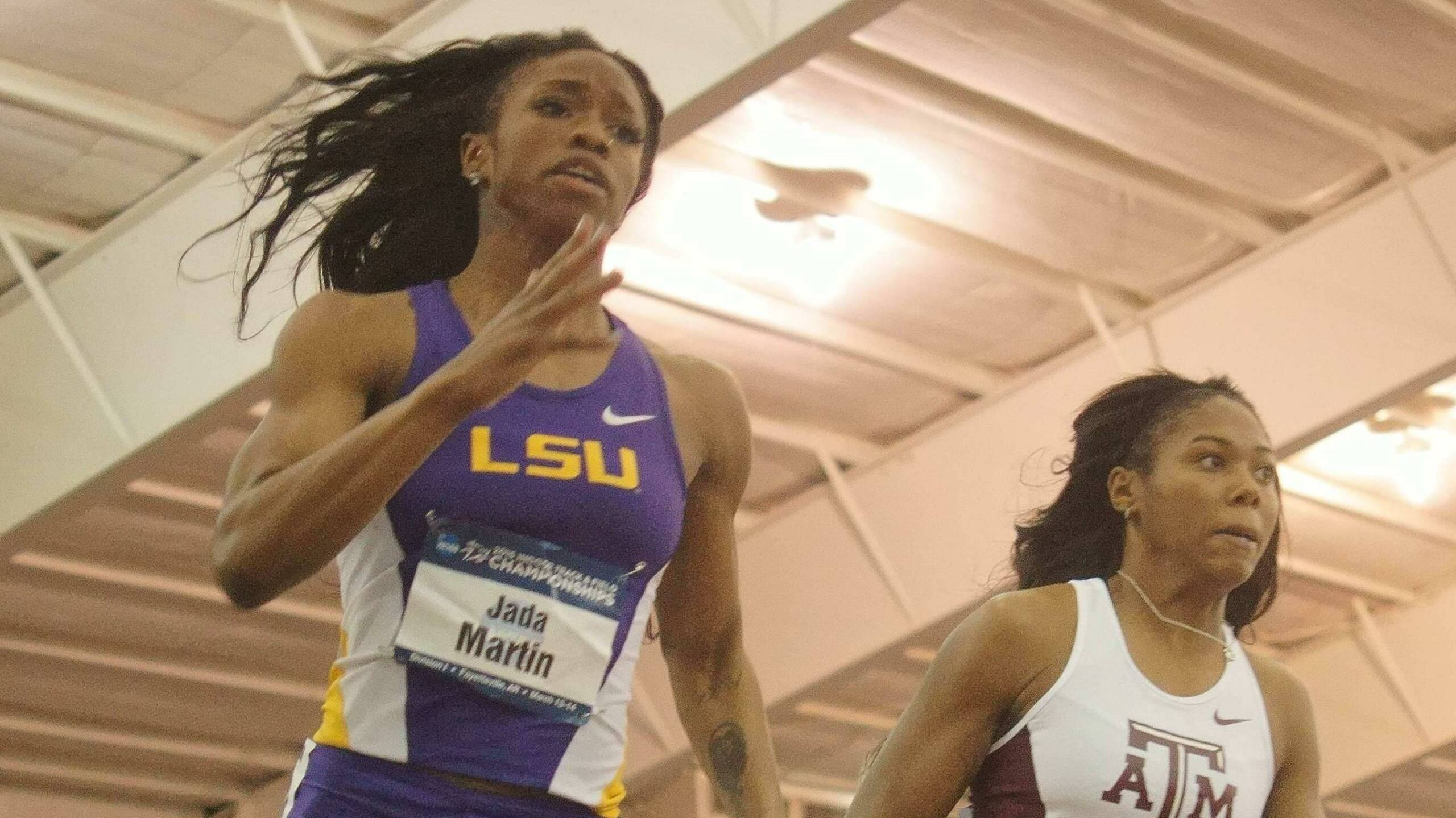 BATON ROUGE – In the wake of her outstanding performance in leading the Lady Tigers to the team title at Arizona’s Jim Click Shootout on Saturday, Lady Tiger sophomore Jada Martin has been recognized by the Southeastern Conference office as the SEC Women’s Runner of the Week in Tuesday’s release of weekly awards.

The Women’s Athlete of the Meet at the Jim Click Shootout held Saturday at Roy P. Drachman Stadium at the University of Arizona, Martin cracked the Top 10 of the NCAA rankings with a wind-legal personal record to win the women’s 200-meter dash while also running on LSU’s 4×100-meter and 4×400-meter relay teams that also emerged among the national leaders for 2015.

Martin has earned SEC Athlete of the Week honors for the second time in her collegiate career after being selected the SEC Women’s Freshman of the Week on April 8, 2014, during her debut season.

Martin kicked off Saturday’s competition by running the third leg on LSU’s 4×100-meter relay team that took down the favored USC Trojans (43.79) with the NCAA’s second-fastest time this season at 43.23. She joined with sophomore Rushell Harvey, freshman Aleia Hobbs and freshman Mikiah Brisco to help the Lady Tigers run their fastest sprint relay time in three seasons since clocking a 42.99 at the Texas Relays in 2012.

A native of Decatur, Georgia, Martin’s performance helped spearhead a title-winning performance by the No. 14-ranked Lady Tigers as they scored 169 points on the afternoon to take home the women’s team crown. The No. 7-ranked Trojans trailed LSU in second place with 144 points, followed by Arizona in third place with 91 points, Purdue in fourth place with 85 points and Illinois in fifth place with 79 points.