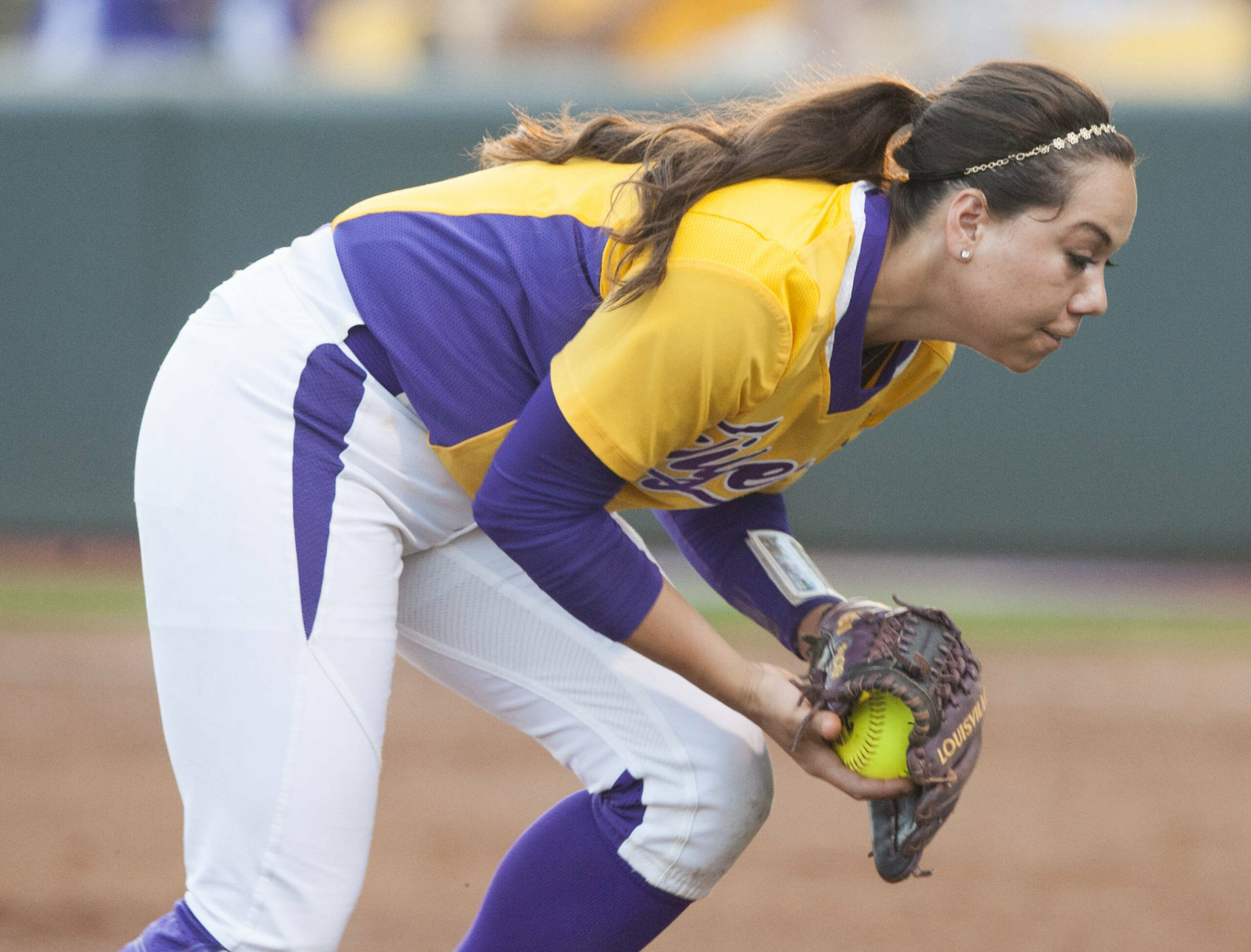 BATON ROUGE, La. – In a vote by the sports information directors and media relations professionals around the state of Louisiana, Sahvanna Jaquish of LSU and Natalie Landry of Northwestern State and Jordan Wallace were named the Louisiana Sports Writers Association Co-Players and Pitcher of the Week it was announced today by the organization.

This is the first player and pitcher of the week award for both Jaquish and Landry, as Wallace becomes the third Louisiana-Lafayette pitcher this week to earn the state’s top pitching honor.

Jaquish led LSU at the plate hitting .583 with seven hits, seven RBIs, a 1.167 slugging percentage and .688 on-base percentage. Jaquish had two multi-hit outings, as against Mississippi State she set the school record for multi-hit contests going 3-for-3 with two RBIs and a double for her 18th, while earning her second two-home run game of the season in the opener against Tennessee going 2-for-3 four RBIs and two runs scored to move it to 19. Jaquish accounted for four of the team’s five runs against Tennessee, as she did not strike out in 12 total at-bats.

Landry went 6-for-7 at the plate at McNeese over the weekend highlighted by a pair of home runs against the Cowgirls. Landry’s efforts helped move NSU into sole possession of first place in the Southland in the rain-shortened series.

Wallace picked up her third victory over a ranked team in 2015, holding No. 14 Baylor to three hits and striking out eight as Louisiana-Lafayette took the opening game a doubleheader from the Bears 3-1 on Saturday at Lamson Park. The Weatherford, Texas, native struck out five of the 10 batters that she faced through the first three innings, including striking out the side in the second inning. Only two Bears reached base during the time frame, a bunt single in the first inning and a two-out walk in the third inning. After a Sarah Smith solo home run in the fourth inning trimmed the Cajuns lead to 2-1, Wallace retired the next eight Baylor batters in order to protect the lead. The performance allowed Wallace to win a pitcher’s duel with Baylor’s Heather Stearns who held the Cajuns offense without a hit after Lexie Elkins’ two-run home run in the first inning. For the eighth time in nine of her starts that have lasted seven innings, she held the opposition to three hits or fewer.