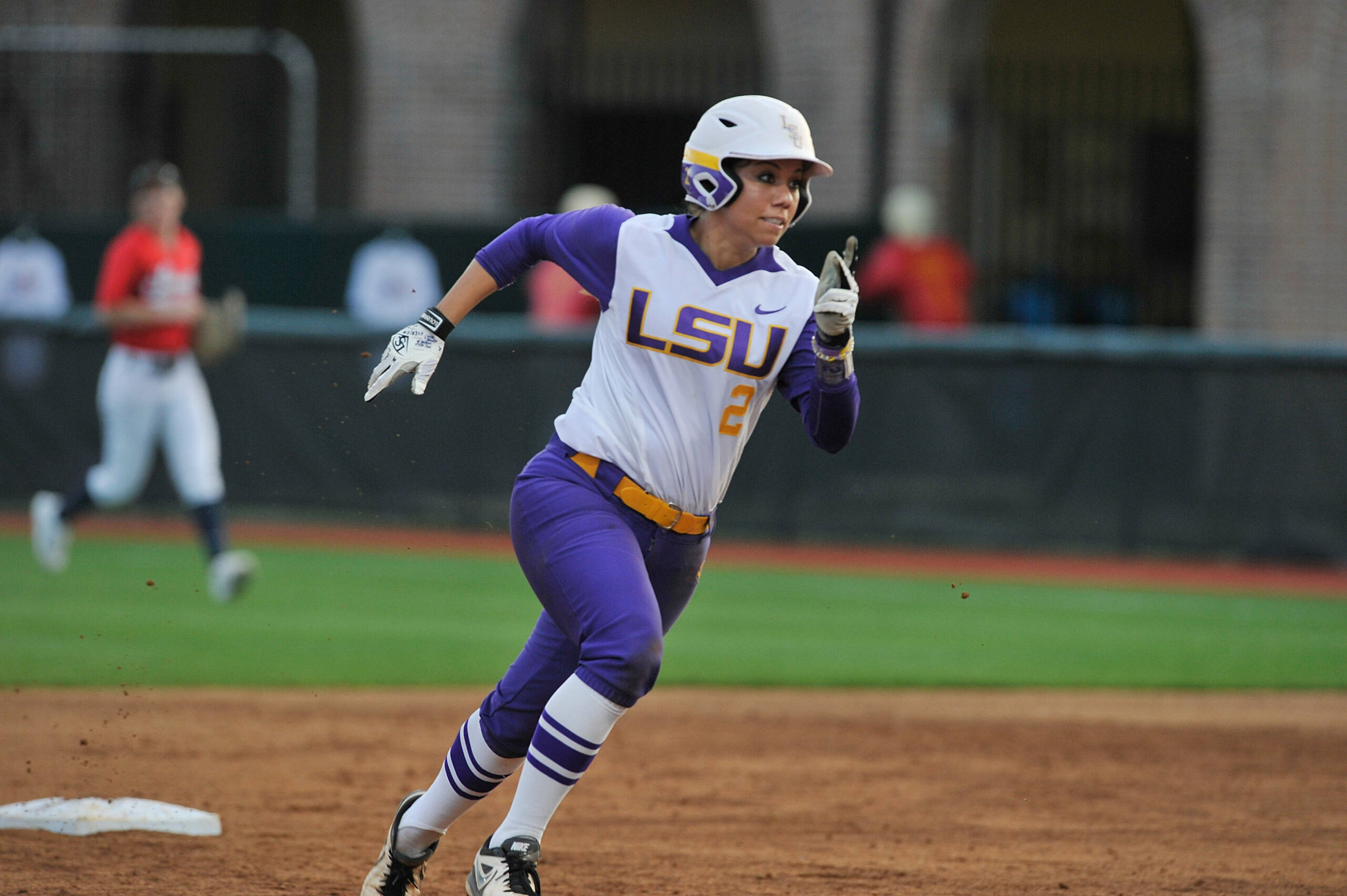 BIRMINGHAM, Ala. – After helping lead the LSU softball team to its first-ever series win over Tennessee in Knoxville over the weekend, LSU sophomore Sahvanna Jaquish was named the Southeastern Conference Softball Player of the Week the league announced today.

Jaquish led LSU at the plate hitting .583 with seven hits, seven RBIs, a 1.167 slugging percentage and a .688 on-base percentage. Jaquish had two multi-hit outings, as against Mississippi State she set the school record for multi-hit contests going 3-for-3 with two RBIs and a double for her 18th of the season, while earning her second two-home run game of the season in the opener against Tennessee going 2-for-3 four RBIs and two runs scored to move it to 19. Jaquish accounted for four of the team’s five runs against Tennessee, as she did not strike out in 12 total at-bats.

On the year, the Highland, California, native leads the team with 16 home runs, one shy of tying her season-record leading total from last season, while her 62 RBI’s is one shy of tying the mark for RBIs in a single season.

LSU returns to the field on Wednesday afternoon, taking on the McNeese State Cowgirls in a doubleheader beginning at 4 p.m. at Cowgirl Diamond. Both games will be televised on Cox Sports Television.