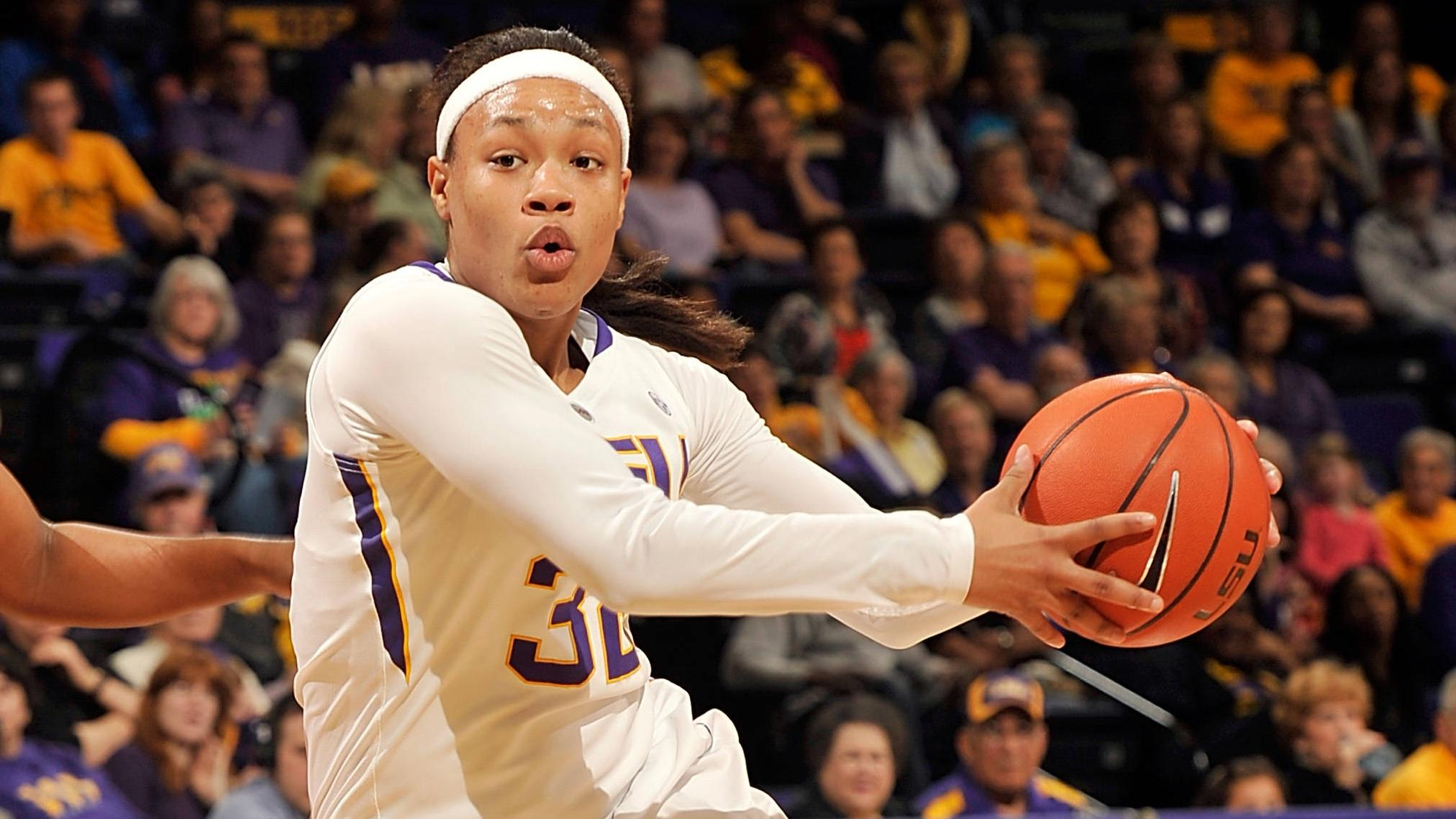 Ballard is the ninth player in program history to come away with the state’s top player award. She also pushed LSU’s run to 11 straight seasons with the LSWA Player of the Year. Ballard has picked up LSWA All-Louisiana honors during each of her first three seasons with the Lady Tigers.

For Moncrief, she captured LSWA All-Louisiana accolades for the second consecutive season after being named the state’s freshman of the year last season.

Ballard, a Women’s Basketball Coaches Association All-American Honorable Mention pick, filled the box score with a balanced 14.5 points, 7.2 rebounds, 3.1 steals and 2.9 assists per game over her 17 appearances. She was the only SEC player to rank among the league’s Top 10 in four of the four major statistical categories in conference play. The 3.1 steals would have ranked inside the nation’s Top 10 had she qualified for the NCAA rankings. Ballard joined LSU’s 500 rebounds club and heads into her senior campaign 23 points away from reaching 1,000 for her career.

Moncrief started 30 of LSU’s 31 games where she piled up 11.8 points, 6.7 rebounds, 2.5 assists and 1.9 steals per game. She amassed double figures a team-leading 22 times highlighted by 13 of her last 15 efforts. Moncrief racked up a season’s best 21 points against Missouri and added her fifth double-double with 13 points and 10 rebounds versus No. 25 USF during the NCAA Tournament First Round. Her 6.7 rebounds were second among SEC guards

LSU has collected four consecutive NCAA Tournament appearances highlighted by a pair of NCAA Sweet 16 trips under head coach Nikki Caldwell. The Lady Tigers also have secured a trio of 20-plus win seasons and have reached at least 10 SEC victories three times under Caldwell.