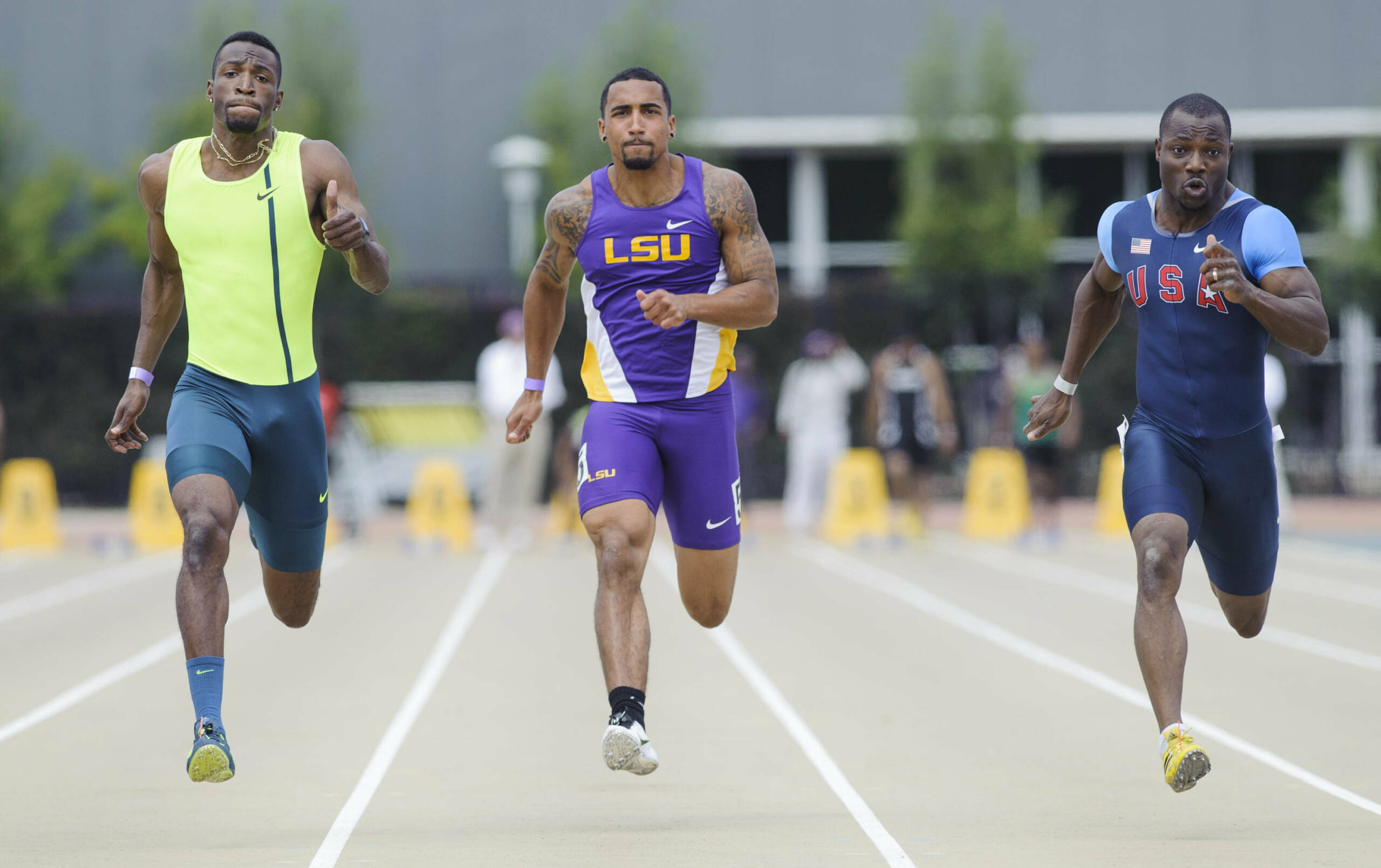 BATON ROUGE – With LSU’s campus closed this week for the University’s Spring Break holiday for the semester, the LSU Track & Field teams have made the trip out West to Tucson, Arizona, where they have spent the week preparing for Saturday’s action at the 2015 Jim Click Shootout being held at Roy P. Drachman Stadium at the University of Arizona.

Saturday’s action kicks off for LSU Track & Field at 11 a.m. CT with the first field events of the day followed by the first finals on the Drachman Stadium track at 2:30 p.m. CT to kick off the afternoon session.

The No. 4-ranked Tigers and No. 15-ranked Lady Tigers are part of an impressive five-team field competing at the Jim Click Shootout this weekend as they join men’s and women’s programs from the likes of meet host Arizona and Southern California from the Pac-12 Conference and Illinois and Purdue from the Big Ten Conference.

This year’s Jim Click Shootout will be a scored competition among the five teams with the men’s and women’s team champions crowned following the 4×400-meter relays at approximately 5:45 p.m. CT.

The meet will be scored using the Championship point-scoring format of 10-8-6-4-2-1 for individual events and 10-8-6-4-2 for relay events during the competition. Only athletes designated for a team’s scoring roster of 34 athletes are eligible to score points in the team competition, while additional entrants are eligible to compete while being designated as non-scoring athletes.

Fans can follow the Tigers and Lady Tigers in action on Saturday afternoon as live results from the 2015 Jim Click Shootout will be available on Arizona’s official athletics website at http://athletics.arizona.edu.

The Jim Click Shootout marks the 2015 outdoor season debut for a trio of Lady Tigers after competing in their events at the NCAA Division I Indoor Track & Field Championships held March 13-14 just one month ago.

Headlining LSU’s outdoor debutants on Saturday afternoon will be two-time NCAA shot put silver medalist Tori Bliss as she steps into the shot put ring for the first time this outdoor season. Already the NCAA’s No. 8-ranked discus thrower in 2015 with a personal best of 178 feet, 4 inches, Bliss will compete in both throwing events at the Jim Click Shootout. She last competed in the shot put at the NCAA Indoor Championships while throwing a lifetime best of 60-7 ¼ to win her second-straight NCAA silver medal in the event.

Sophomores Jada Martin and Morgan Schuetz will also run the 200 meters and 800 meters, respectively, for the first time outdoors after nearly advancing to national finals at the NCAA Indoor Championships.

The Tigers and Lady Tigers feature 10 athletes and relays as part of Saturday’s meet that rank among the NCAA’s Top 10 in their respective events through the first three weeks of the 2015 outdoor season. Leading the way is the nation’s No. 1-ranked discus thrower on the men’s side in senior All-American and NCAA-title contender Rodney Brown.

Brown is the only collegiate discus thrower to eclipse the 200-foot mark in the event through the first three weeks of the season, and he has done so in each of his three appearances with wins at the Louisiana Classics (207-11), Texas Relays (209-8) and Battle on the Bayou (203-3). His national-leading mark of 209-8 at the Texas Relays is nearly 12 feet clear of Penn’s Sam Mattis (197-10) as the NCAA’s No. 2-ranked thrower.

Other athletes who enter Saturday’s action ranked among the NCAA’s Top 20 in their events and will be competing once again include senior Julian Parker (1:47.99) in the men’s 800 meters, junior Mayme Cook (165-8) in the women’s javelin, sophomore Ka’Lynn Jupiter (59.21) in the women’s 400 hurdles, sophomore Jordan Moore (13.92w) in the men’s 110 hurdles and freshman Mikiah Brisco (11.47) in the women’s 100 meters. It’s an opportunity for each athlete to already solidify their position for NCAA East Preliminary Rounds qualification.

After competing at the 2015 Jim Click Shootout being held at Arizona’s Roy P. Drachman Stadium on Saturday, the Tigers and Lady Tigers will return home next weekend to play host to their second outdoor home meet with the LSU Alumni Gold being held Saturday, April 18, at the Bernie Moore Track Stadium.