Fans at Spring Game Can Win These Prizes 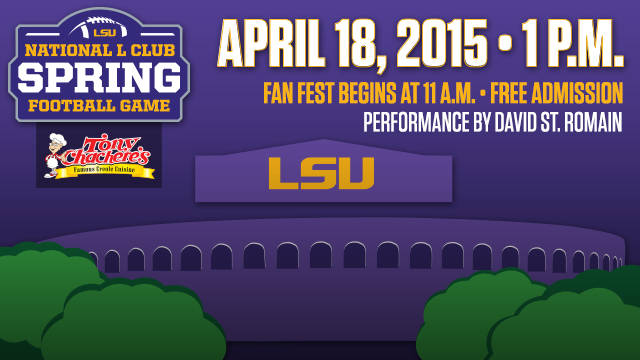 BATON ROUGE – Fans attending LSU’s National L-Club Spring Game on Saturday, April 18 in Tiger Stadium will have a chance to win some of the numerous prizes and unique LSU experiences that will be given away that day.

The Rock n’ Road Block Party will feature local music artist David St. Romain along with carnival-type activities for the kids, a dunking booth, inflatables, and all types of food.

For a chance to win some of the many prizes that will be given away at the spring game, fans will be need to pick up entry forms at various corporate partner locations in Baton Rouge including TJ Ribs Restaurants, Academy Sports and Outdoors, McDonalds and Chevron. Simply fill out the form and turn it upon entry to Tiger Stadium the day of the spring game.

Prize winners will be selected at random throughout the game.

The following is a list of some of the prizes that will be given away next Saturday: