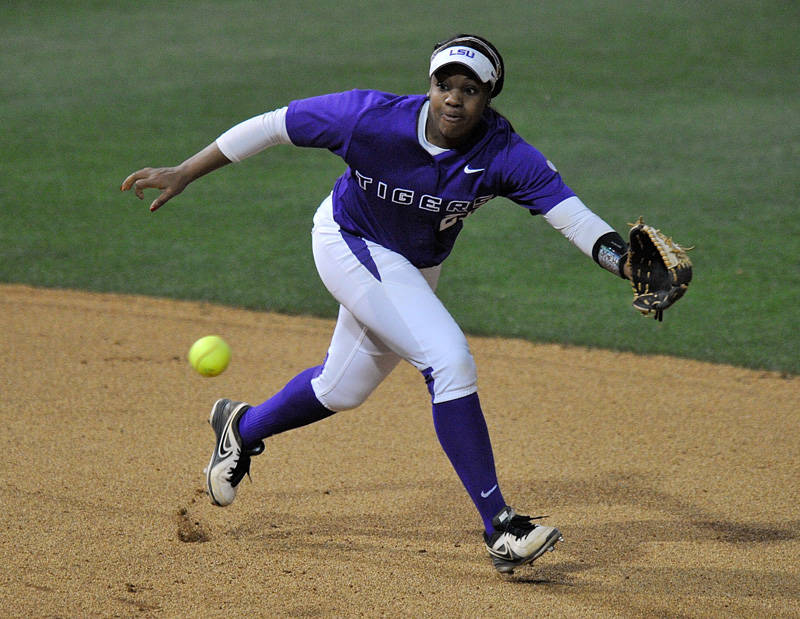 Because of a tie, 26 individuals have been named as the Top 26 Finalists for the award, which is considered the most prestigious honor in Division I women’s collegiate softball and recognizes the outstanding athletic achievement by female players across the country.

This is the first time LSU has had two players have made it this far into the process, as Andrews and Bell are the first LSU student-athletes to make the cut since Rachele Fico made it in back-to-back years in 2012 and 2013. The duo now joins Fico and other former All-Americans Britni Sneed, Leslie Klein, Kristin Schmidt and Kirsten Shortridge as the only Tigers in program history to advance to the Top 25 stage.

Coming into this week, Bell, who leads LSU in eight different categories, is batting .512 on the season which is fifth nationally and second in the Southeastern Conference. The Tampa, Florida, native also clocks in first in the SEC in doubles per game (0.41), ninth in home runs per game (0.31), sixth in total home runs (12), fifth in on-base percentage (.564), fourth in RBIs (53) and RBIs per game (1.36), third in runs per game (1.31) and third in slugging percentage (.951).

In her final season in Purple and Gold, and the newest member of the Chicago Bandits of the NPF, Andrews is the nation’s leader in triples with eight so far this year, averaging 0.21 triples per game which leads the SEC and is fourth in the country. Hitting a career-best .419, the Oldsmar, Florida, leads LSU with 17 stolen bases, averaging 0.44 per game which is eighth in the SEC. She’s third on the team in multi-hit games with 12, as her dangerous bat has led to 32 walks, 12 away from setting a new school record.

LSU begins a season-long, six-game road trip on Wednesday evening taking on the Mississippi State Bulldogs in a non-conference clash, before taking on Tennessee for a three-game league series this weekend.