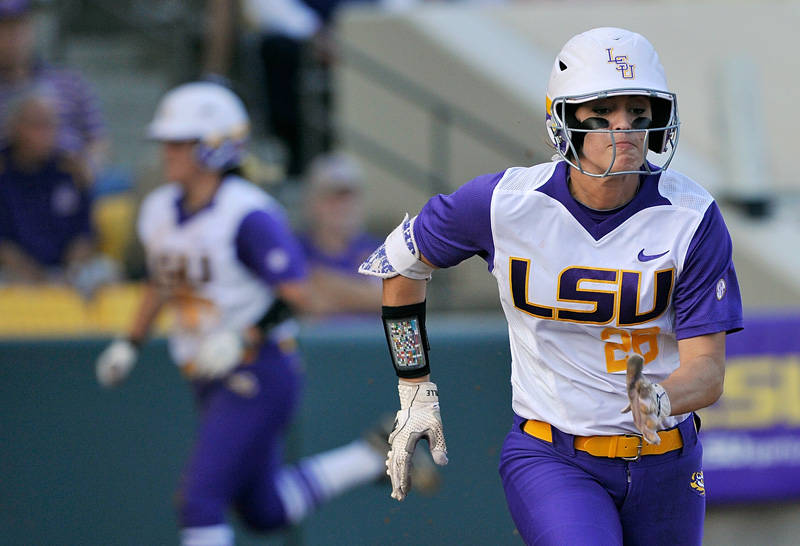 An LSU player has now earned one of the league weekly awards eight times now this season, as this is the first player of the week award for Landry in her career, while Hoover has been named the week’s top freshman for the second time this year.

Landry led all players on the week with a .692 batting average, earning nine hits with an .846 slugging percentage and .733 on-base percentage as LSU went 4-0 last week. Landry produced multi-hit games in three of the four for the Tigers while stealing two bases and not striking out in 13 total at-bats. In the series against Ole Miss, she collected six hits, including her third triple of the season, and two runs scored.

Hoover picked up two wins in the circle for LSU on the week, holding an earned run average of 0.62 after allowing only a single run in 11.1 innings of work with 18 strikeouts and a .125 opponent batting average against ULM and Ole Miss. Against ULM, Hoover came into the game down by two with runners at second and third and proceeded to throw three consecutive strikes to earn her first of 11 strikeouts that night which is a new career high. She threw 14 consecutive strikes against ULM and had 73 on 97 total pitches in the game. In the start against the Rebels, she scattered three hits and struck out seven in the shortened contest, not allowing a runner past first on the day.