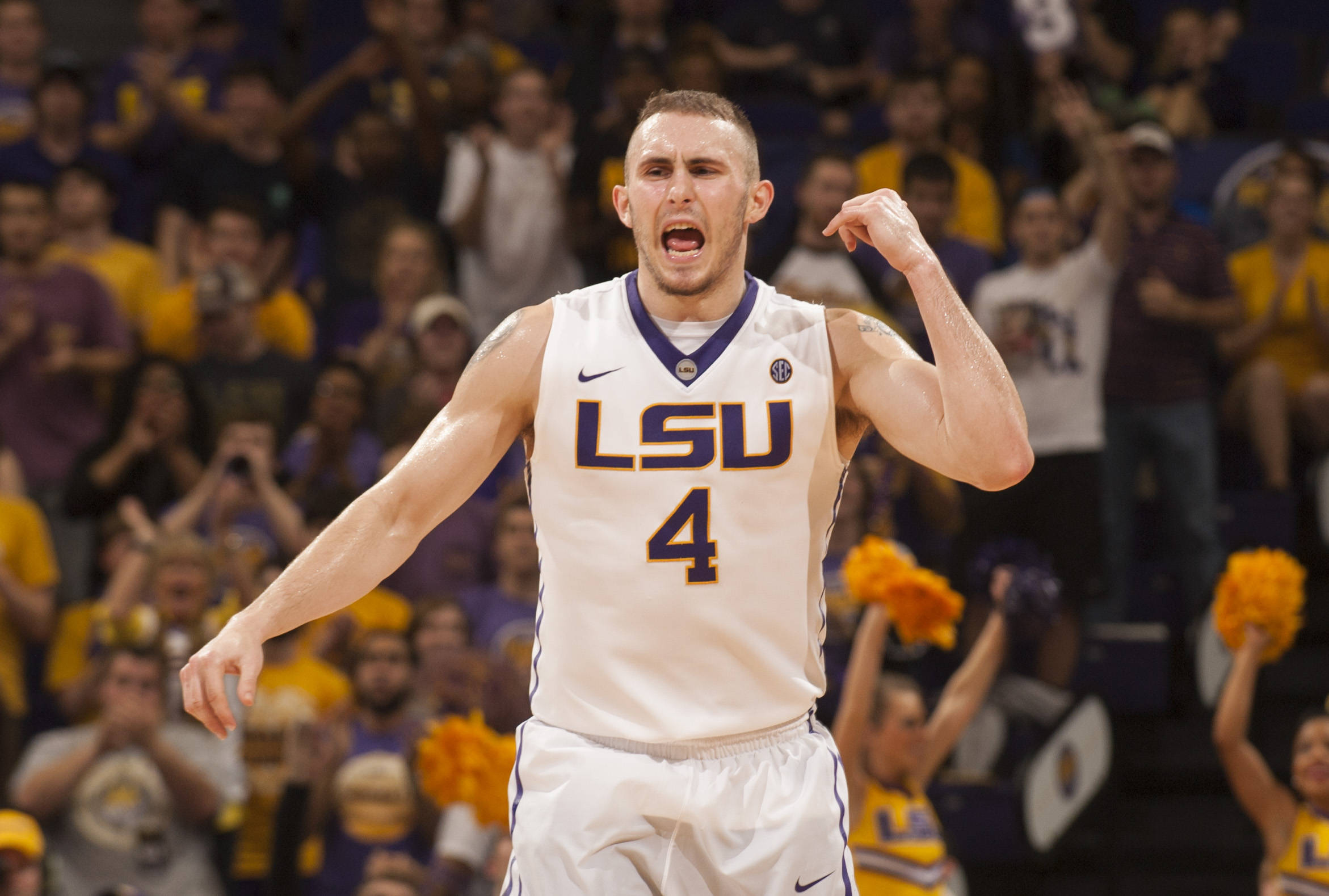 By Alex Edwards
Written for the LSWA

The team was selected by a panel of LSWA members based on information provided by the four-year basketball playing SIDs that submitted requested information on their various teams. Media members could vote for any player on the list, while SIDs could not vote for players from their own school

Jarell Martin of LSU was named Louisiana Player of the Year after finishing third in the SEC in both scoring (16.9 ppg) and rebounding (9.2 rpg). The sophomore forward finished with 15 double-doubles including five in his final seven games of the season. Martin reached double figures in 28 games played, and was a consensus First-Team All-SEC selection.

Jalyn Patterson of LSU and Bryce Washington of UL-Lafayette were honored as Co-Freshmen of the Year after a tie in voting. Patterson moved into the LSU starting five for the final 11 games of the season. He finished the season averaging 6.8 points and 2.4 rebounds per contest. Patterson scored 20 points in a road game at Arkansas behind a 6-for-8 effort from beyond the arc.

Washington became a regular starter for the Ragin’ Cajuns beginning on January 29. After becoming a starter, the New Orleans native averaged 7.9 points and 6.2 rebounds and shot 52.2% from the floor. Washington reached double figures in scoring eight times and had at least seven rebounds in 13 games.

LSU’s Keith Hornsby was tabbed Louisiana Newcomer of the Year after netting 13.4 points per game, 4.2 rebounds per game and 2.1 assists per game. The Williamsburg, Va., hit three or more three-pointers in 14 different games and he totaled 26 double-digit scoring efforts. Hornsby averaged nearly 36 minutes per game, the second best mark in the SEC.

ULM head coach Keith Richard was tabbed Louisiana Coach of the Year after guiding the Warhawks to a 14-win improvement. Richard, who was also named Sun Belt Conference Coach of the Year, led ULM to 24 wins (third most in program history) and a spot in the College Basketball Invitational Finals.

LSU and Louisiana Tech tied with three All-Louisiana honorees on the three selected five-man teams. McNeese State, Northwestern State and ULM each had two players honored, while the All-Louisiana Teams were rounded out by Centenary, Tulane and UL-Lafayette.

Mickey led the nation in blocked shots at 3.64 blocks per game and he led the Southeastern Conference in rebounding (9.9 rpg). Mickey, who missed averaging a double-double by just two rebounds, tallied a SEC leading 16 double-doubles in 2014-15.