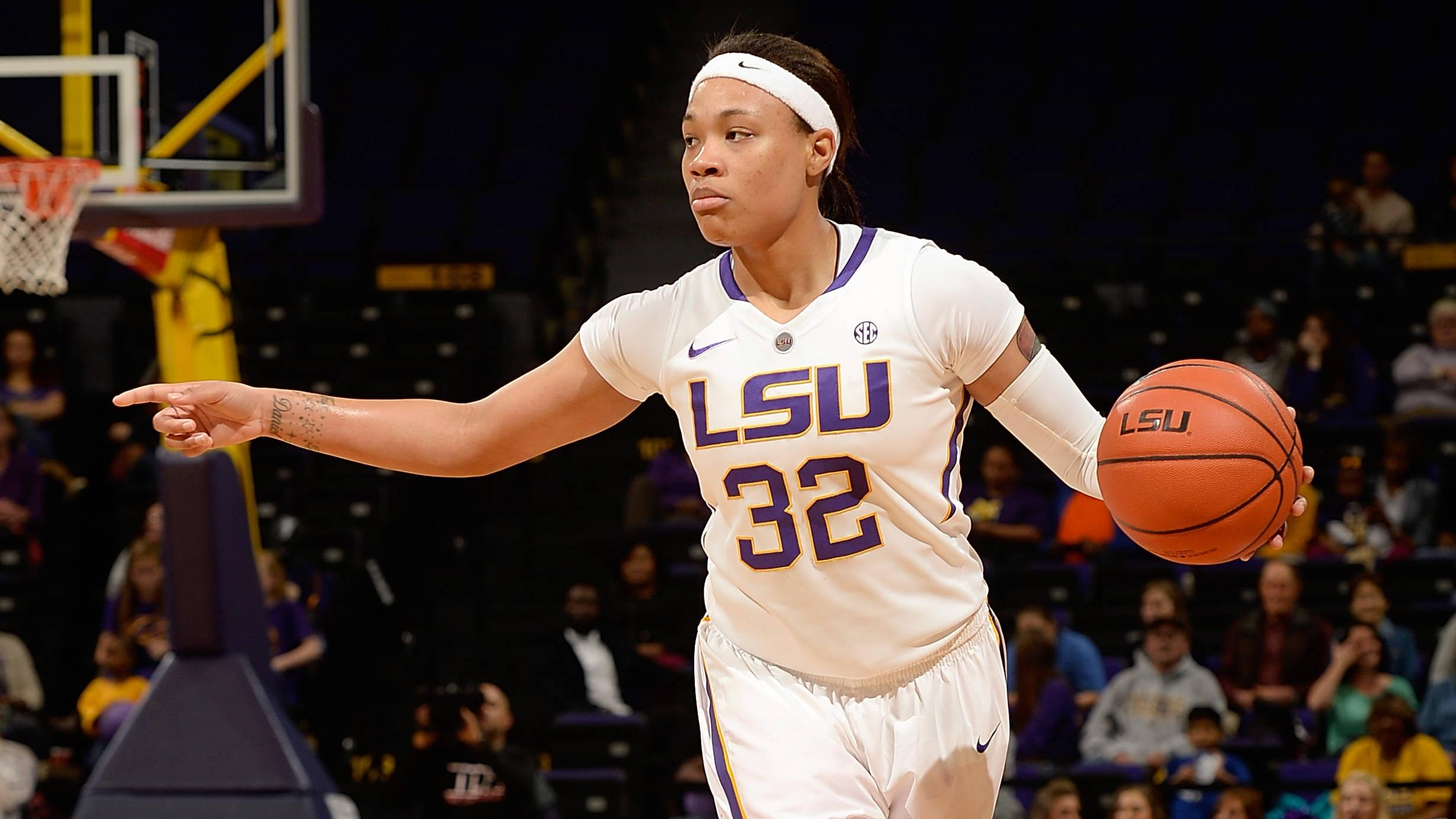 Ballard came away with a team-leading 14.5 points 7.2 rebounds, 3.1 steals and 2.9 assists per game. She was the only SEC player to rank among the league’s Top 10 in four of the five major statistical categories during conference play (steals – 1st; points – 6th; rebounds – 8th; assists – 10th).

Ballard racked up her four best scoring performances of the season against ranked opponents. She poured in a career-high tying 25 points during LSU’s win over No. 10 Kentucky after she notched 24 point and 10 rebounds to spark LSU’s double overtime victory at No. 15 Mississippi State. Those two efforts enabled Ballard to claim ESPNU/USBWA/SEC Player of the Week honors.

Ballard collected double figures in 14 of her 17 appearances which included a career-long stretch of 12 consecutive games capped by 22 points and 10 rebounds versus No. 18 Texas A&M at the SEC Tournament.

Ballard hauled down 5.2 of her 7.2 rebounds on the defensive end. She became the newest member of LSU’s 500 rebounds club and will enter her senior campaign 23 points shy from reaching 1,000 for her career.

LSU has collected four consecutive NCAA Tournament appearances highlighted by a pair of NCAA Sweet 16 trips under head coach Nikki Caldwell. The Lady Tigers also have secured a trio of 20-plus win seasons and have reached at least 10 SEC victories three times under Caldwell.