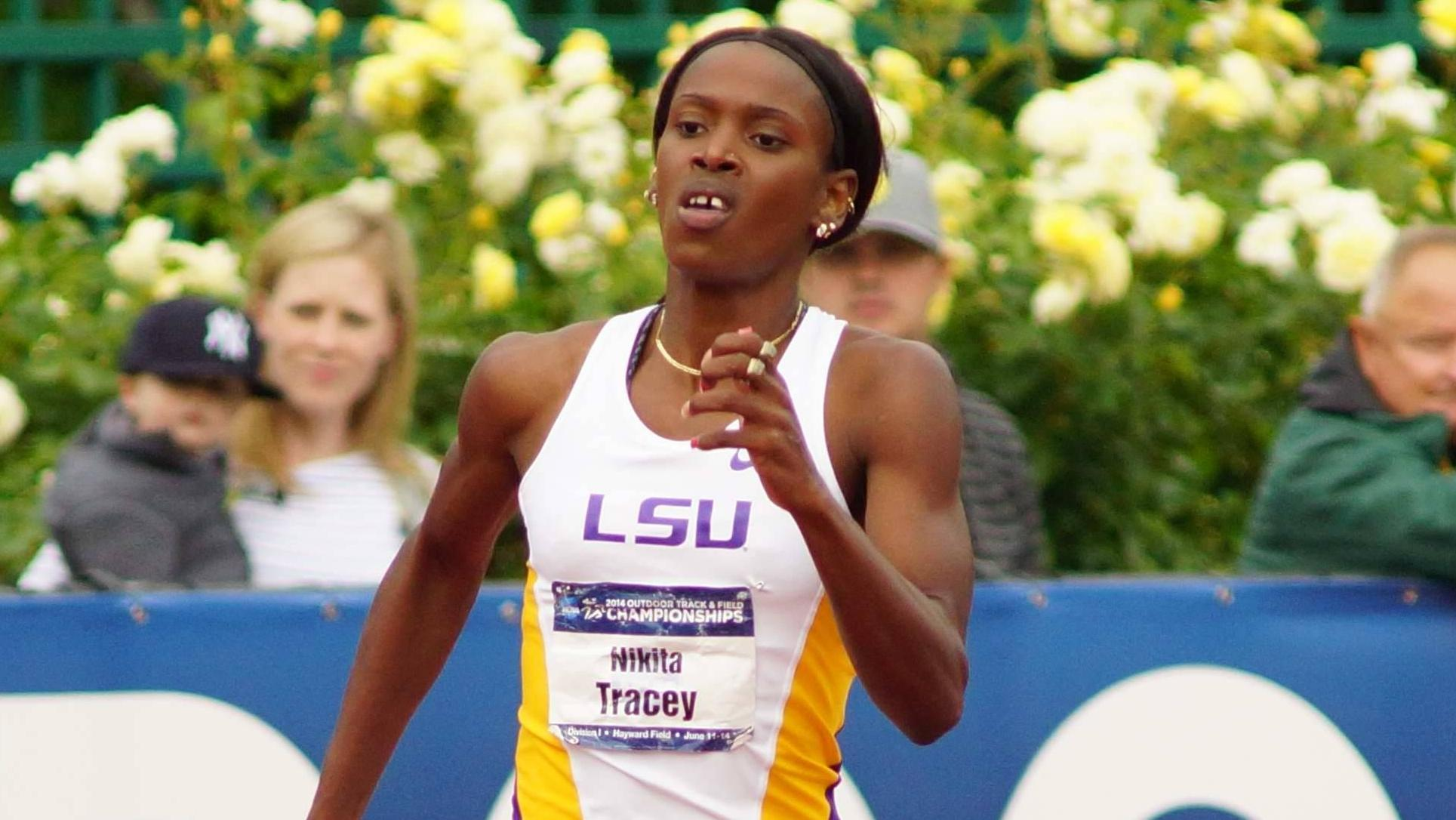 KINGSTON, Jamaica – Lady Tiger All-American Nikita Tracey turned in a personal record for the second-straight day when she raced to the finish line in 55.18 seconds to capture the bronze medal in the women’s 400-meter hurdles at the 2014 Jamaican National Senior Track & Field Championships on Friday night at the National Stadium.

After qualifying with a previous PR of 55.99 in Thursday’s semifinal, Tracey smashed her personal best for the second day in a row at 55.18 to take the title of Jamaican Bronze Medalist in the event.

Kaliese Spencer, a two-time fourth-place finisher in the 400 hurdles at that IAAF World Championships, turned in a world-leading performance for the 2014 outdoor season with a time of 53.41 to take the Jamaican title in Friday’s final. Spencer crossed the finish line more than one second ahead of her nearest competitor as Janieve Russell scored the silver medal in 54.75.

LSU’s 2008 NCAA 400-meter hurdles champion Nickiesha Wilson also featured in the final as she followed Tracey in fifth place overall with a time of 56.23. The two-time Olympian remains LSU’s school-record holder for the event with her career-best time of 53.97 set in a fourth-place finish at the 2007 IAAF World Championships in Athletics held in Osaka, Japan.

Rounding out the finalists were Shevon Stoddart (55.56) in fourth place, Rushell Clayton (56.97) in sixth place, Ristananna Tracey (57.49) in seventh place and Samantha Elliott (57.70) in eighth place in the event.

With her personal best of 55.18, Tracey will end her collegiate career as the No. 4-ranked 400-meter hurdler in the history of the Lady Tiger program, pending other races this summer. She is just one one-hundredth of a second behind former Lady Tiger national champion and current assistant coach Debbie Parris-Thymes on LSU’s all-time performance list as Parris-Thymes’ collegiate best of 55.17 ranks No. 3 in team history.

LSU’s 2007 NCAA 400-meter hurdles champion Isa Phillips earned a fifth-place finish in the men’s final on Friday night with his run of 49.91 after qualifying with a time of 50.43 in the semifinal round. Phillips followed the likes of gold medalist Roxroy Cato (48.48), silver medalist Annsert Whyte (48.58), bronze medalist Leford Green (49.00) and Josef Robertson (49.54) across the finish line.