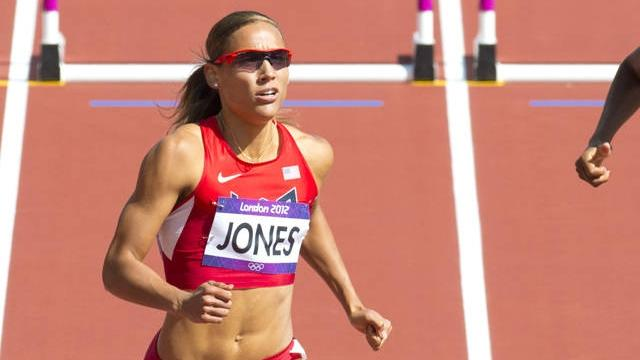 SACRAMENTO, Calif. – Lady Tiger great Lolo Jones raced to the bronze medal in the women’s 100-meter hurdles, while senior Jasmin Stowers and junior Vernon Norwood each missed earning a spot on the medal podium with a pair of fourth-place finishes in finals held on Saturday afternoon at the 2014 USA Outdoor Track & Field Championships.

Jones and Stowers were among three Lady Tigers lining up in the final of the women’s 100-meter hurdles on Saturday as they were also joined in the race by former All-SEC performer Tenaya Jones.

A two-time Olympic finalist in the event, Lolo Jones advanced to the final by running a seasonal best of 12.55 seconds (-1.6) for second place in the first heat and second place overall in the semifinal round earlier in the day. Stowers clocked 12.76 (+1.3) for fifth place overall and Tenaya Jones followed at 12.78 (-1.6) for sixth place in the field in the semifinal round to advance to their first career final at the USA Championships.

Gold medalist Dawn Harper-Nelson (12.55) edged silver medalist Queen Harrison (12.56) at the finish line for the victory as Lolo Jones rounded out the medal winners in the event. Brianna Rollins was fifth place for the event with her run of 12.81, while Kentucky’s Kendra Harrison trailed in seventh place at 12.92 and Nia Ali rounded out the finalists in eighth place at 13.16 in the race.

Norwood’s appearance in the men’s 400-meter dash final also highlighted Saturday’s action at Sacramento State’s Hornet Stadium, and he delivered with a new lifetime personal best of 45.02 to finish a mere two one-hundredths of a second off the medal podium in fourth place in his finals debut at the USA Outdoor Championships.

Norwood had twice set his previous personal best of 45.17 during the championship season of the collegiate campaign in the 400-meter final at the SEC Outdoor Championships in Lexington, Kentucky, and at the NCAA East Preliminary Rounds in Jacksonville, Florida. He followed gold medalist Gil Roberts (44.53), silver medalist Josh Mance (44.89) and bronze medalist Kyle Clemons (45.00) across the finish line in the final.

Saturday’s performance caps an outstanding debut season with the Tigers in 2014 as Norwood earned four All-America honors and captured the title of NCAA Indoor Silver Medalist and NCAA Outdoor Bronze Medalist for the 400 meters as one of the very best 400-meter talents emerging in the United States this season.

It also proved to be a big day for qualifying on the track as two LSU athletes earned the right to line up in the finals of the 400-meter hurdles during Sunday’s finale at the 2014 USA Outdoor Track & Field Championships with former Lady Tiger national champion Cassandra Tate advancing in the women’s hurdles and 2014 NCAA Outdoor Bronze Medalist Quincy Downing moving on in the men’s 400 hurdles.

Tate won the second heat with the third-fastest time of the day at 55.51 in the women’s semifinal, while Downing qualified eighth with a run of 50.93 for fourth place in the first men’s semifinal heat.

Tiger junior Aaron Ernest kicked off his run at this year’s USA Outdoor Championships with a qualifying performance in the first round of the men’s 200-meter dash as he sprinted to the finish line in second place in the second preliminary heat with a time of 20.63 (+0.7). Ernest followed Wallace Spearmon (20.56) across the finish line in the race to advance to Sunday’s semifinals.

In other action, Lady Tiger All-American Denise Hinton threw a series-best of 198 feet, 11 inches on her second attempt to finish in 15th place overall in the women’s hammer throw in her first USA Championships.