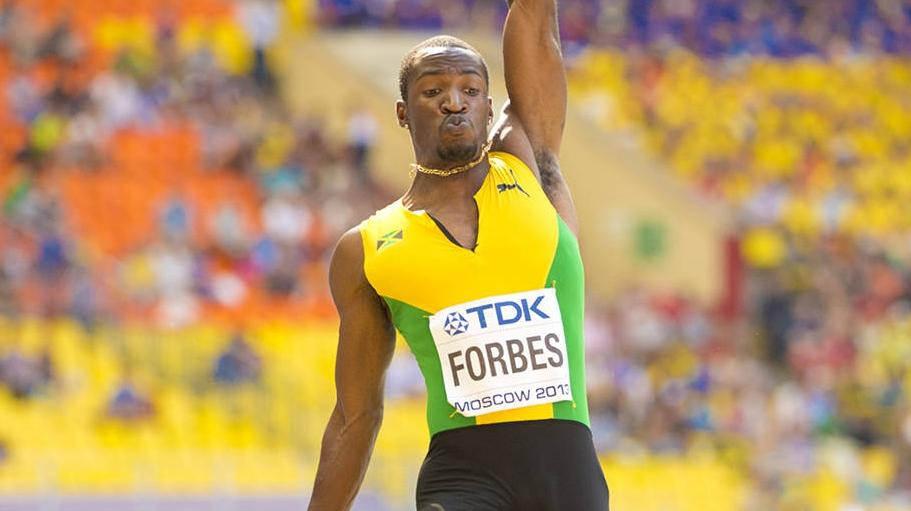 KINGSTON, Jamaica – Former LSU Tiger Damar Forbes is certainly Jamaica’s most dominant long jumper of his generation, and he added to his already impressive resume this weekend by winning a third-straight Jamaican title in the event by jumping seasonal-best of 26 feet, 7 inches at the 2014 Jamaican National Senior Championships held at the National Stadium.

The 2013 NCAA Outdoor Champion finished nearly one foot in front of his nearest competitor with a winning wind-legal mark of 26-7 (+1.6) as he continues to overcome an injury-plagued 2014 season.

Forbes had previously won the Jamaican long jump crown with winning marks of 25-10 ¾ during his junior season in 2012 and a wind-legal personal best of 27-0 ¾ during his senior season in 2013 to establish himself as his nation’s most dominant performer in the event. Nicholas Gordon finished runner-up on Saturday with a best of 25-8, followed by Joseph Ramie in third place with a mark of 24-8 ¼.

Forbes has represented Jamaica on the international stage in each of the last three seasons with a pair of World Championships appearances in Daegu, South Korea, in 2011 and Moscow, Russia, in 2013, as well as a trip to the 2012 Olympic Games held in London, England. He earned his first berth in an international final a year ago when he finished in eighth place overall in the men’s long jump at the 2013 IAAF World Championships.