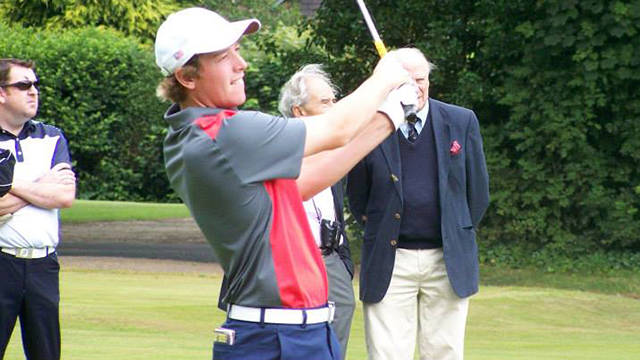 SURREY, England – After dropping a 4&2 decision to Scotland’s James Ross in his singles match on Friday morning, LSU’s junior All-American Stewart Jolly will now look to help the United States retain the Palmer Cup in Saturday’s finale at this year’s event as Team USA and Team Europe will tee off tied at 10 points apiece at Walton Heath Golf Club.

Ross gave the Europeans their second victory of the day as he defeated the Tiger All-American in the sixth of 10 scheduled singles matches on the second day of the competition.

According to Friday’s recap published by the Golf Coaches Association of America, the pair traded birdies on holes No. 2 and No. 3 before trading holes again at No. 6 and No. 7 to remain all square nearing the turn. But Ross took control of the match with a four-hole winning streak that featured three birdies to take a 4-up advantage through 11 holes on the back nine.

Jolly cut Ross’ advantage in half by winning holes No. 12 and No. 14 before the Scotsman claimed back-to-back wins at No. 15 and No. 16 to close out a 4&2 victory and put the Europeans back on the scoreboard.

Jolly will next face Central Florida’s standout Ricardo Gouveia (Portugal) in the ninth singles match scheduled to tee off at 4:20 a.m. CT in Saturday’s finale as the United States looks to retain the Palmer Cup for 2014.