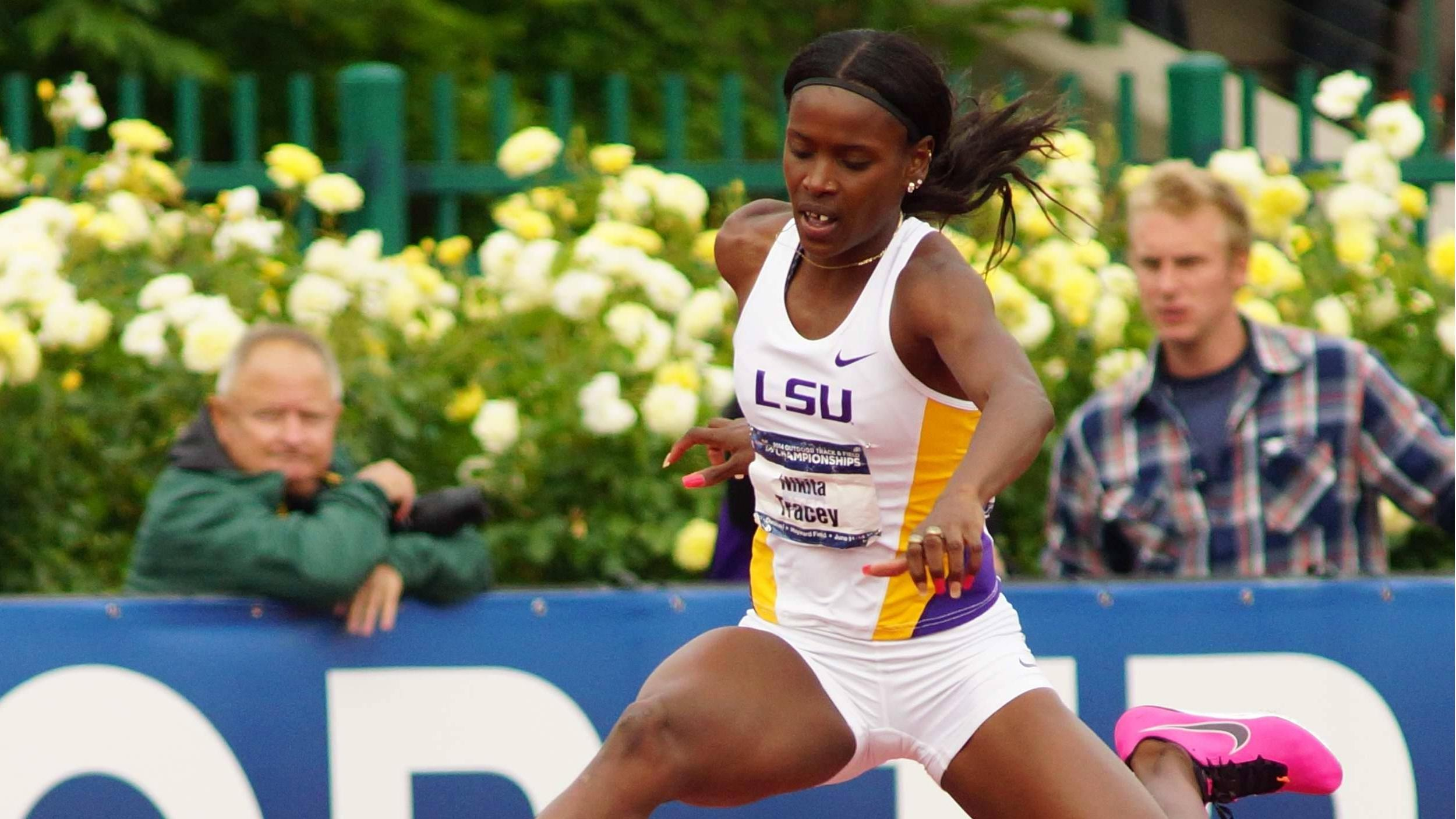 BATON ROUGE – LSU’s senior All-American Nikita Tracey fired out to a fast start in Thursday’s opener at the 2014 Jamaican National Senior Track & Field Championships being held this weekend at the National Stadium in Kingston, Jamaica, as she raced to a personal-best time of 55.99 seconds in a runner-up finish in her semifinal heat in the women’s 400-meter hurdles.

Tracey emerged as the third-fastest qualifier in the field as she finished runner-up to former Lady Tiger national champion Nickiesha Wilson (55.90) in the second of two semifinal heats. She also ended the race in front of her younger sister as Jamaican standout Ristananna Tracey crossed the finish line in third place in the race with a time of 56.04.

Kaliese Spencer of MVP Track Club was the fastest qualifier in the field for the women’s 400-meter hurdles with her winning time of 54.63 in the first semifinal heat of the afternoon.

Tracey continues an outstanding 2014 outdoor season that most recently saw her earn her second-straight All-America honor in the 400 hurdles when she earned a fourth-place finish nationally in the final during the NCAA Division I Outdoor Track & Field Championships held two weeks ago in Eugene, Oregon. Her qualifying run of 55.99 in Thursday’s semifinal smashed her previous seasonal best of 56.23 that she set in securing a fourth-place finish in the final at the SEC Outdoor Championships.

Tracey lined up in Thursday’s semifinal round with a previous personal best of 56.08 that she set in the qualifying round at the Jamaican National Senior Championships a year ago following her junior season.

The LSU Track & Field program will feature three alumni in the finals of the 400-meter hurdles at this year’s Jamaican Championships as former Tiger national champion hurdler Isa Phillips qualified in second place in the first heat and fourth place overall in the men’s semifinals with a qualifying time of 50.43. He finished runner-up to Roxroy Cato’s winning run of 49.99 in the first of two semifinal heats.