Jolly, Team USA to Tee Off at Palmer Cup 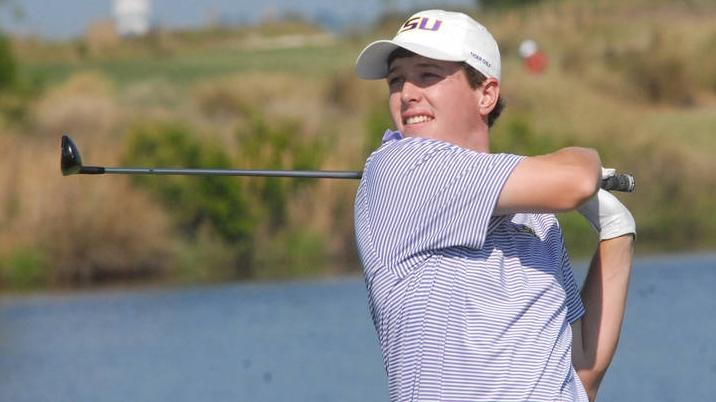 BATON ROUGE – Fresh off of his victory at the Northeast Amateur Invitational on Saturday, LSU’s junior All-American Stewart Jolly has made the trip to Surrey, England, as he will tee off with the rest of the 10-man Team USA against Team Europe at the 2014 Palmer Cup that will be held on Thursday, Friday and Saturday at Walton Heath Golf Club.

Jolly will tee off Thursday at this year’s Palmer Cup in an annual Ryder Cup-style tournament featuring the top American and top European golfers competing at the collegiate level each season. The United States is the defending Palmer Cup champion, defending its home turf a year ago with a 20.5-9.5 victory over the Europeans at Wilmington Country Club in Wilmington, Delaware, a year ago.

Jolly’s selection to Team USA competing at the Palmer Cup caps an outstanding junior season in which he earned Third-Team All-American honors by both PING and Golfweek after the NCAA Championships.

The Tiger standout was also honored as a First-Team All-SEC selection while leading LSU to the NCAA Final Four of match play during the 2014 NCAA Division I Men’s Golf Championships held May 23-28 at Prairie Dunes Country Club in Hutchinson, Kansas. He was the team’s leading scorer with a career-low 71.50 scoring average for 2013-14.