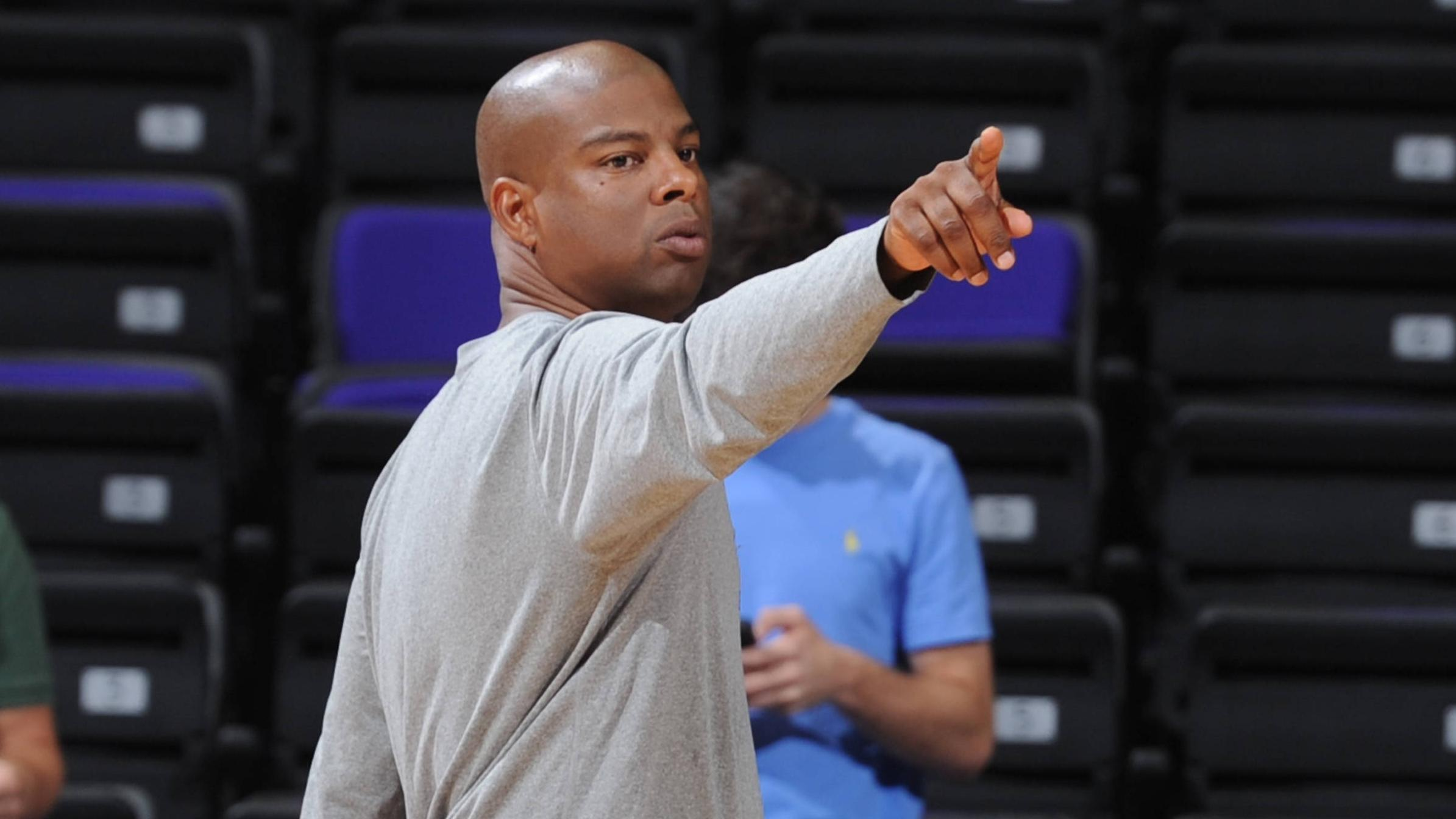 The 38-year-old Patrick has been on Jones’ staff the past two seasons at LSU assisting in both game and practice coaching responsibilities, scouting preparations for opponents while also helping Jones recruit some of the nation’s top talent to come to LSU.

The contract for Patrick must be approved by the LSU Board of Supervisors at its next meeting.

“Coach David Patrick has done an excellence job on our staff the past two seasons,” said Coach Jones. “His hard work, tireless effort, loyalty and selfless attitude have helped move our program forward.”

Patrick played a major role in helping LSU acquire a recruiting class that was ranked fifth in the nation in 2013 that included All-SEC freshmen Jarell Martin and Jordan Mickey and players that will make their LSU debuts this coming season including transfer Keith Hornsby and signees Elbert Robinson, Josh Gray, Jalyn Patterson and Aaron Epps. Patrick, who was born in Bermuda and grew up in Melbourne, Australia, is also using his lengthy international background to find future players for the Tigers.

He has worked with Jones through two seasons as the Tigers won 39 games as Jones became the first coach to have winning seasons at LSU in the opening two campaigns and he is part of just the second coaching staff at LSU to take a team to post-season play in one of their first two seasons on the job.

“When Coach Jones discussed with me in April about this promotion, I was very grateful. I cannot thank Coach and the LSU administration enough for giving me the opportunity to coach at the best University in the country,” Patrick said. “I am blessed to help Coach Jones in his quest to get LSU back to Final Fours. He is not only a great coach; he is a great person, which makes working and playing for him special. My family is thankful to be in the Tiger Family.”

In 1994, Patrick came to the United States after a stint playing with the Australian Junior National Team. He ended up in Baton Rouge and played his senior year of high school basketball at Chapel Trafton High where he led Trafton to the state quarterfinals and was chosen as the Louisiana Player of the Year. He was selected the district’s most valuable player, was a First Team All-Parish selection.

After high school, Patrick spent one season at Syracuse University where he was a member of the 1996 NCAA Final Four team. He then transferred to the University of Louisiana-Lafayette where he played for three seasons.

Patrick then went back to Australia where he played for the Canberra Cannons of the National Basketball League from 1999-01, being named Rookie of the Year in 2000. He then joined the Chester Jets of England’s British Basketball League in 2001-02, where he garnered second team all-league honors. He concluded his professional career in the Spanish Professional League.

Ironically, it would be with his Trafton High School coach, J. P. Piper, where he would get his start as a college coach after Piper was named Nicholls State head coach in the 2005-06 season.

Patrick then joined St. Mary’s as Director of Operations, before becoming a full-time assistant coach for three seasons on the St. Mary’s team. The Gaels went to the NCAA Tournament in both 2008 and 2010 (losing in the round of 16). The team won a school-record 28 games in 2009 and 2010.

Patrick is married to the former Cassie Frank of Oberlin, La., and they have two daughters, Bailee (8) and Madison (4).