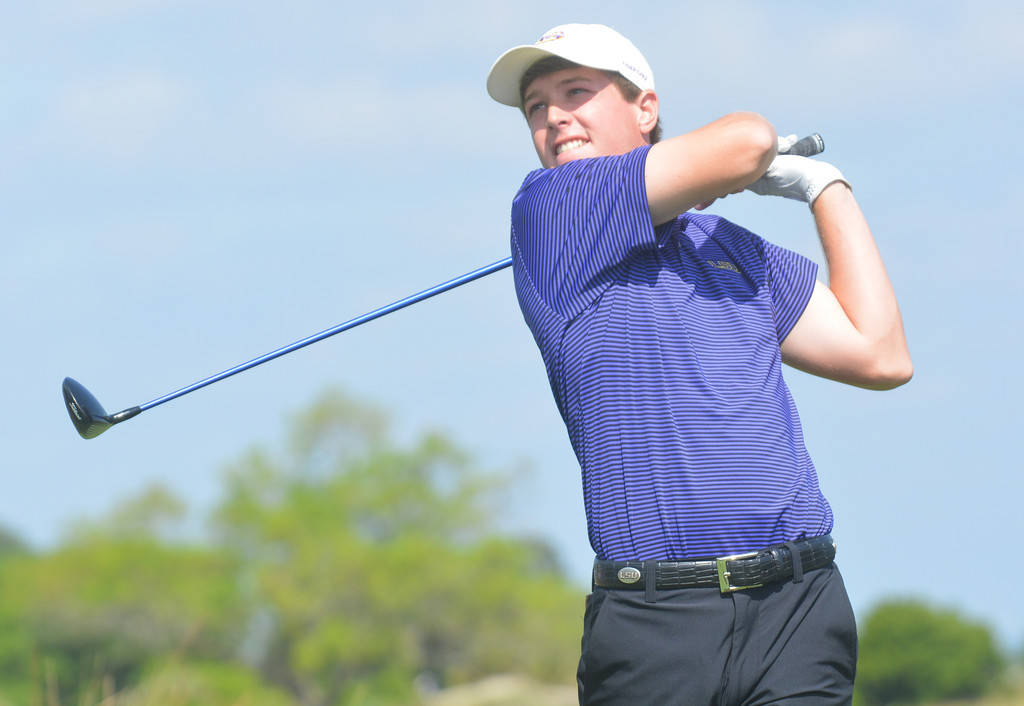 RUMFORD, R.I. – LSU’s junior All-American Stewart Jolly led wire-to-wire to take home the title at the 53rd Northeast Amateur Invitational Golf Tournament as he capped the event with a 2-over par 71 in Saturday’s final round at Wannamoisett Country Club to finish two strokes clear of Oklahoma State’s Jordan Niebrugge on the leaderboard.

Jolly teed off with a narrow one-stroke lead over Niebrugge as the two collegiate standouts separated themselves from the rest of the field following Friday’s action at the unique par-69 course. The Tiger All-American was the only competitor in the field to break par for 72 holes as he carded a 71 in the final round for a 72-hole score of 2-under par 274 to take the title.

Niebrugge, who got himself into title contention with a  4-under 65 in Friday’s third round, posted a 3-over 72 in the final round to finish two shots off the pace at 3-over par 276 for the week.

Their performance on Friday set up a two-man race for the title as Jolly birdied each of his last two holes at the par-five 17th hole and par-four 18th hole for an even-par 69 on the day to regain his one-stroke lead for the tournament heading into the final round. Jolly jumped out to an early lead in the tournament with back-to-back scores of 2-under 67 in Wednesday’s first round and Thursday’s second round.

UNLV’s Kurt Kitayama was the only other player in the field to tee off in the final round within six shots of the lead, but he managed a 4-over 73 on Saturday to tie for seventh place at 4-over par 280 for the event.

Jolly’s victory at the 53rd Northeast Amateur Invitational capped an outstanding week for the Palmer Cup invitee as he was named a Third-Team All-American by both PING and Golfweek for his performance in 2013-14 in leading the Tigers. He will tee off with Team USA at the 2014 Palmer Cup next week as the top American collegian will face Team Europe from June 26-28 at Walton Heath Golf Club in Surrey, England.

LSU’s two-time All-American Curtis Thompson also joined the field at the 53rd Northeast Amateur Invitational this week as he wrapped up the event with a 1-under par 68 in Saturday’s final round for a 72-hole score of 6-over par 282 to tie for 12th place on the final tournament leaderboard.