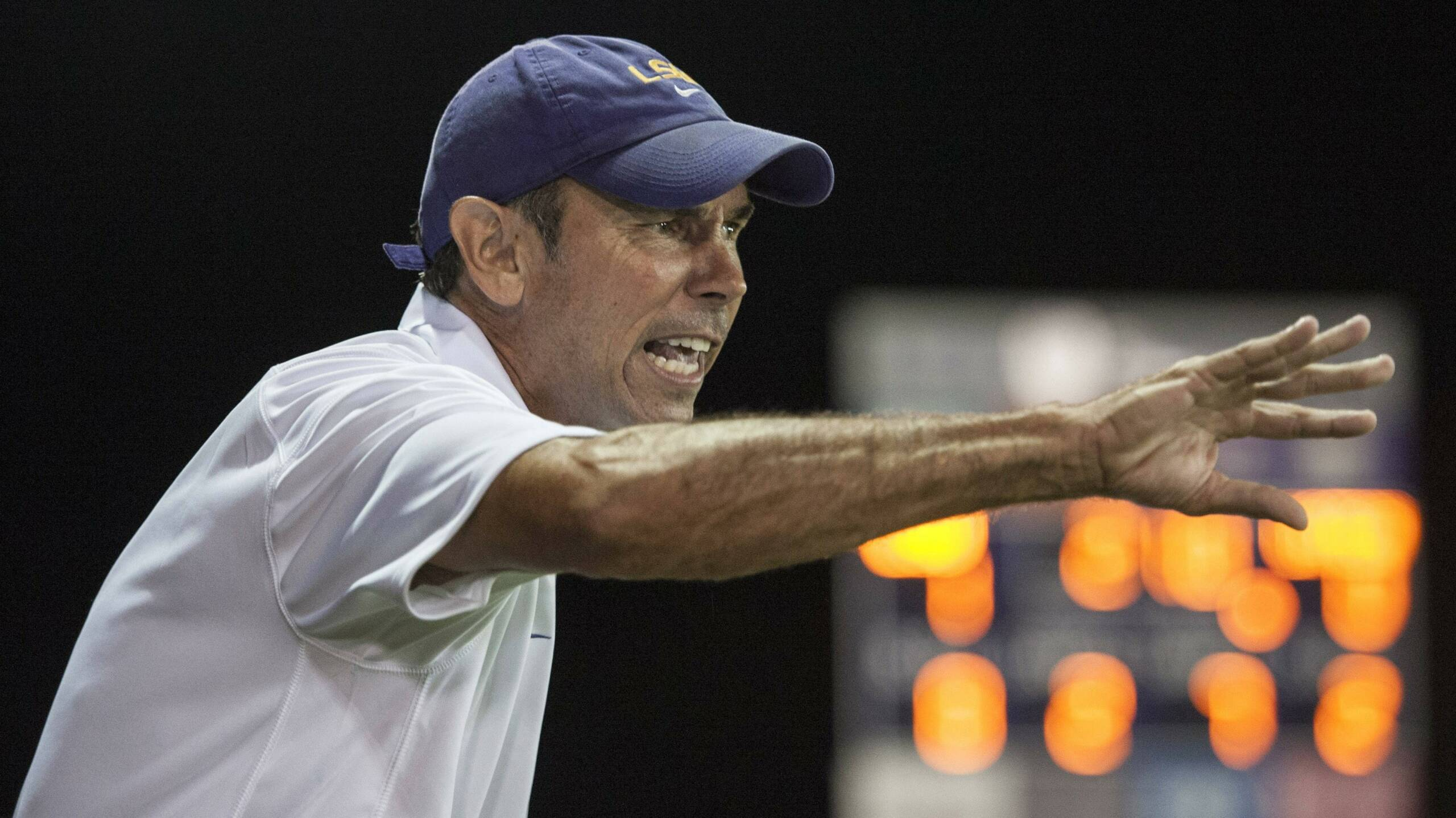 BATON ROUGE – Highlighted by a trio of marquee non-conference matches at nationally-ranked BYU, Duke and Marquette, the LSU Soccer program announced its full slate of 20 regular-season fixtures for the 2014 season on Thursday morning as the Tigers prepare to kick off the campaign on Friday, Aug. 22, with a home match against Troy.

The Tigers will welcome the Trojans to Baton Rouge on opening night with kickoff set for 7 p.m. CT at the LSU Soccer Stadium to begin what is sure to be another great season for the program.

LSU Soccer fans will be treated to four other home matches during the non-conference season as the Tigers will play host to Northwestern State on Friday, Aug. 29, at 7 p.m., Rice on Sunday, Aug. 31, at 7 p.m., Nicholls on Tuesday, Sept. 2, at 7 p.m. and Stephen F. Austin on Monday, Sept. 8, at 6 p.m. at the LSU Soccer Stadium.

The Tigers will go on the road for the first time on Friday, Sept. 5, when they travel to Fort Worth, Texas, to face the TCU Horned Frogs in a match that is set to kick off at 7 p.m. at Garvey-Rosenthal Stadium.

LSU’s 2014 non-conference schedule is certainly highlighted by a trio of road matches against perennial NCAA Tournament contenders at BYU, Duke and Marquette. The Tigers will travel to face BYU on Thursday, Sept. 11, in Provo, Utah, followed by matches at Duke on Sunday, Sept. 14, in Durham, North Carolina, and at Marquette on Sunday, Sept. 21, in Milwaukee, Wisconsin.

BYU is the two-time defending West Coast Conference champion in the wake of a 2013 season in which the Cougars piled up a 15-5-1 overall record with an 8-1 mark in conference play en route to the second round of the NCAA Tournament. BYU ended the 2013 season as the No. 23-ranked team nationally in the final National Soccer Coaches Association/Continental Tire NCAA Division I Women’s Top 25 ranking.

The Cougars were also recently a No. 1 seed in the NCAA Tournament in 2012 when they made a run to the Elite Eight before finishing the campaign with a sparkling 20-2-2 overall record two seasons ago.

The Duke Blue Devils have proven themselves as one of the NCAA’s premier programs year in and year out and a title contender in the talent-rich Atlantic Coast Conference that is arguably the strongest conference in women’s college soccer each season. Duke most recently followed up an appearance in the National Championship Game at the NCAA Women’s College Cup in 2011 with back-to-back appearances in the Elite Eight for the NCAA Tournament during the 2012 and 2013 seasons.

Marquette also featured a nationally-ranked squad in 2013 as the Golden Eagles ended the season as the No. 16-ranked team nationally with an 18-4 overall record and NCAA Tournament berth. The Golden Eagles had a perfect 9-0 record in Big East Conference play as they swept the Big East regular season and tournament championships to earn a No. 2 national seed in the NCAA Tournament.

The Tigers are 1-1-1 in three matches against BYU in their all-time series, while they also drew Duke by a score of 2-2 in their only meeting on the soccer pitch held at Duke’s Koskinen Stadium in Durham during the 2009 regular season. This fall will mark the inaugural meeting between LSU and Marquette on the soccer field.

“Our goal is to develop a non-conference schedule that prepares us for the rigors of SEC play and provides us the opportunity to develop a resume for NCAA Tournament selection each year and national seeding if the season breaks the right way for our team,” said LSU head coach Brian Lee. “Our soccer geographic isolation brings RPI-related issued unique to LSU. Our players and staff want to play the best, and traveling to teams of the national pedigree of BYU, Duke and Marquette provide us multiple opportunities to test ourselves at a high level.”

The Southeastern Conference had previously announced the league schedules for all 14 SEC teams for the 2014 season as LSU is set to kick off conference play at Missouri on Friday, Sept. 19, in Columbia.