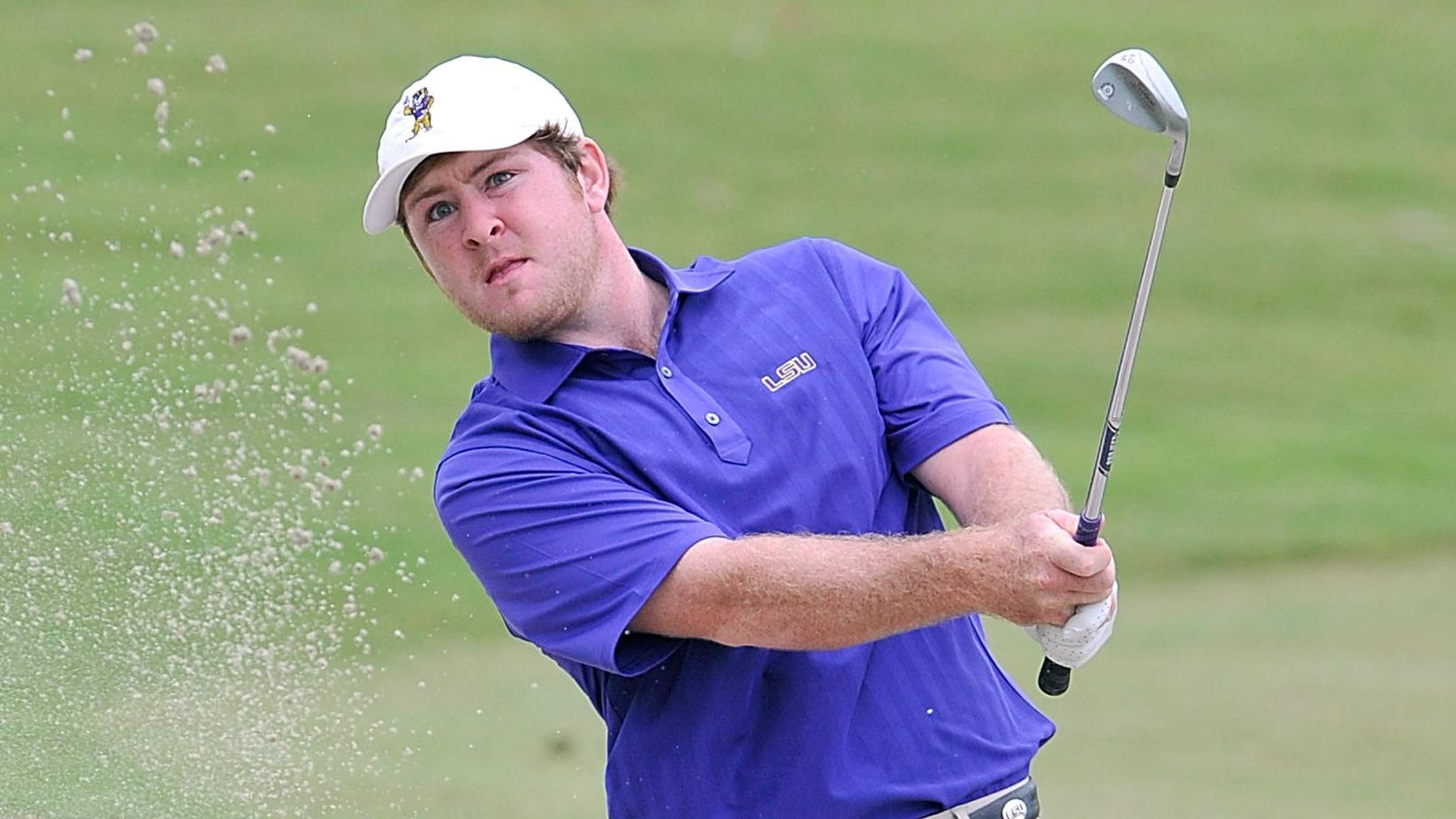 BATON ROUGE – The LSU Men’s Golf program has certainly made its mark nationally with an outstanding 2013-14 season at the collegiate level, and it now has a chance to shine on the international stage with junior Myles Lewis qualifying for match play at The R&A’s 119th Amateur Championship being held at Royal Portrush and Portstewart in Portrush, Ireland.

Lewis opened with a 1-over par 71 in the first round at Royal Portrush on Monday and followed with a 2-over par 72 in the second round at Portstewart on Tuesday to tie for 35th place in a field of 288 players with a final score of 3-over par 143 in stroke play. Tuesday’s second round was extended to Wednesday due to fog delays that plagued the field during the competition.

Royal Portrush and Portstewart is one of the finest links in Great Britain & Ireland that boast hosting the 1951 Open Championship and the Senior British Open during its illustrious history.

Lewis’ seeding and opponent in the 64-man match play tournament at the 119th Amateur Championship is yet to be determined as of this publication with 19 players playing off for the final 13 spots in the match play as they tied for 52nd place in stroke play with a final score of 4-over par 145 over the last two days.