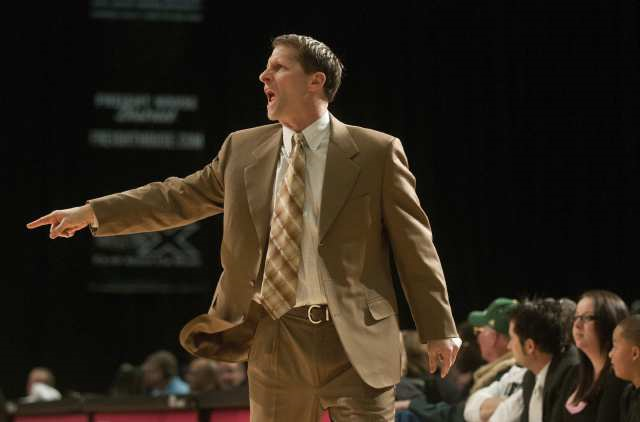 The hiring is subject to the standard background check by the athletics department and approval by the LSU Board of Supervisors.

Musselman, 49, has spent the past two seasons as assistant coach and later associate head coach at Arizona State University.

“We are excited about the addition of coach Eric Musselman,” said coach Jones. “He brings a wealth of NBA and college experience that will be beneficial as we strive to continue to take LSU Basketball to new heights. He will be involved in all aspects of our program.”

Musselman and his father, the late Bill Musselman, were the first father and son combination to both become NBA head coaches.

Eric Musselman will be the only former NBA head coach that is serving as an associate coach in NCAA basketball.

“I really am excited to join the LSU family, a place that has such a storied athletic program, and help Coach Jones and the staff continue to make strides,” said Musselman. “It will be challenging to learn about another great conference as the SEC. Anytime you can join a program that has a Final Four appearance in the past decade and 20 NCAA Tournaments overall, you know great things can happen again. In talking with Coach Jones, I am excited to get to work and help make it happen.”

Musselman served as the head coach of the Golden State Warriors in the NBA from 2002-04 and later the Sacramento Kings in 2006-07. In 2002-03, Musselman was second in NBA Coach of the Year voting (to Gregg Popovich) as he led the Warriors to their two best seasons in 10 years, including a 51-31 home record. The Warriors were the most improved team in the league with 17 more wins.

His coaching style fits well with Coach Jones up-tempo play at LSU as his team at Golden State was the second-leading scoring team in the league in 2003 at 102.4 points per game.

Musselman’s winning percentage of 68.8 percent in the CBA is the second-best winning percentage in the history of the league behind only George Karl. His teams won six division titles and reached the postseason in each of his seven seasons. A total of 24 of his players eventually reached the NBA. He was named CBA all-star coach five times. His overall head coaching record is 506-296.

He has also served as an assistant coach in the NBA under Mike Fratello (Memphis), Lon Kruger (Atlanta) Chuck Daly (Orlando) and Doc Rivers (Magic).

In his two years at Arizona State, the Sun Devils won 43 games, advancing to the second round of the NIT in 2013 and to the NCAA Tournament in 2014.  The turnaround from 2012 to 2013 for the Sun Devils was 12 wins and a return to postseason play for the first time in three years. He was promoted to Associate Head Coach prior to the 2013-14 season and Musselman was responsible for opponent scouting, on-court player development and recruiting.

Musselman’s resume’ also includes successful stints as head coach with the Dominican Republic National Team (2010-11); The US and Team China in the Adidas Global Experience (2009, 2010) and the Venezuela National Team (2012-13).

Musselman was born on Nov. 19, 1964 in Ashland, Ohio. He attended high school in Brecksville, a suburb about 15 miles south of Cleveland. Musselman graduated from the University of San Diego where in his senior season of 1986-87 the team compiled a 24-6 record, losing in the first round of the NCAA Tournament to Auburn.

Musselman is married to Danyelle Sargent Musselman (who has been a broadcaster with ESPN, Fox Sports and most recently, the NFL Network) and they have two sons (Michael, 18; Matthew, 13) and a daughter (Mariah 4).