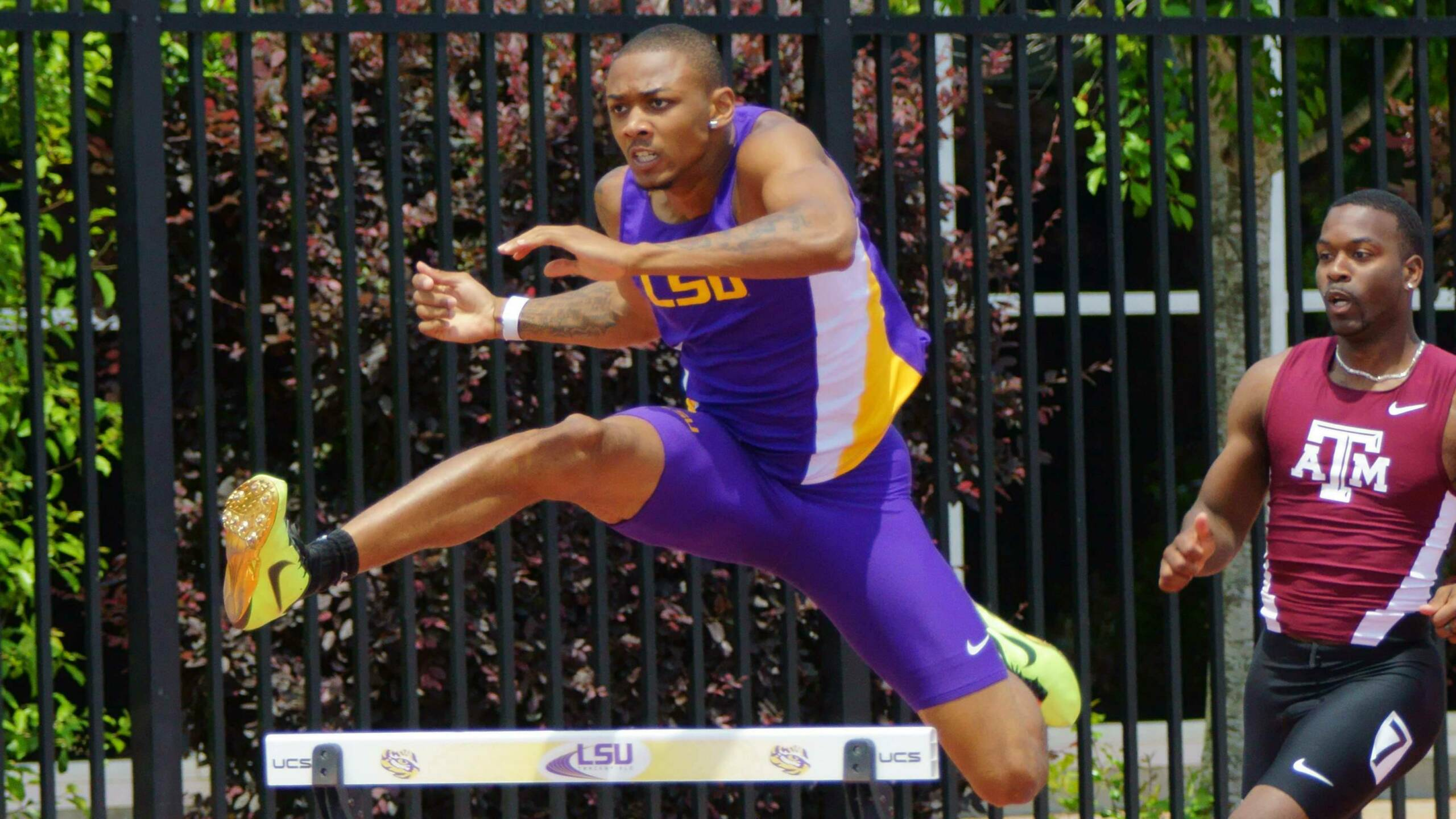 BATON ROUGE – After arriving in Eugene, Oregon, on Sunday evening, members of the LSU Track & Field teams have wrapped up two days of training at Hayward Field and are now ready to roll in the semifinal and final rounds at the 2014 NCAA Division I Outdoor Track & Field Championships beginning Wednesday at the University of Oregon.

The NCAA Outdoor Championships return to Oregon’s Hayward Field for the second-straight season as they Tigers and Lady Tigers also wrapped up their 2013 season in Eugene.

The semifinal rounds of this year’s NCAA Division I Outdoor Track & Field Championships are scheduled to begin Wednesday afternoon at 3:30 p.m. CT with the first field events of the week, followed by the first event on the track at 5 p.m. with the semifinal rounds of the men’s and women’s 4×100-meter relays. Thursday’s action is also slated for a 3:30 p.m. start, while Friday’s action kicks off at 5:25 p.m. and Saturday’s finale opens up at 2:45 p.m. for the Tigers and Lady Tigers on the final day of the 2014 collegiate season.

ESPNU will air two days of live coverage from Oregon’s Hayward Field this weekend as fans can watch the LSU Track & Field teams in action on Friday from 6:30-8:30 p.m. CT and on Saturday from 4-6 p.m.

ESPN3.com will also provide live streaming video during the first two days of the competition on Wednesday from 6-10 p.m. CT and on Thursday from 11:30 a.m.-9 p.m. All four days of the 2014 NCAA Division I Outdoor Track & Field Championships will also be available for viewing through Watch ESPN.

Live results from the semifinal and final rounds during the 2014 NCAA Division I Outdoor Track & Field Championships will be provided by Flash Results and can be found online at http://www.flashresults.com/.

Fans can also receive live updates and behind-the-scenes coverage of the Tigers and Lady Tigers competing throughout the weekend in their 2014 season finale at the NCAA Outdoor Championships by liking LSU Track & Field on Facebook at http://facebook.com/lsutrackfield and by following @LSUTrackField on Twitter at http://twitter.com/lsutrackfield.

The Tigers will line up at the NCAA Championships as the No. 6-ranked men’s team in the country after qualifying 10 semifinalists into the meet from the NCAA East Preliminary Rounds held in Jacksonville, Florida, from May 29-31. The Lady Tigers are the No. 8-ranked women’s team in the country with 13 semifinalists in the latest U.S. Track & Field and Cross Country Coaches Association Top 25 power rankings.

LSU’s 23 NCAA semifinalists competing in the championship is the sixth-most nationally combined between the two teams, trailing only Oregon (41), Texas A&M (25), Arkansas (31), Florida (28) and Texas (28).

“This week is the continuation of a seven-day NCAA Championship that we started with a great weekend in Jacksonville just a couple of weeks ago,” said LSU head coach Dennis Shaver. “We are preparing to bring that momentum here to Eugene as we continue with Day 4 at NCAAs tomorrow. We’ve prepared well over the past couple of weeks, and are ready to get it going tomorrow.”

The Lady Tigers took home the fourth-place team trophy on the women’s side a year ago while scoring 40 points in four days of competition at Hayward Field. The Tigers earned a top-10 team finish of their own during last year’s NCAA Championships as they scored 27 points for seventh place in the final men’s team standings.

While it has been 11 seasons since the Tigers were last crowned the NCAA Outdoor team champions, they have an impressive run of 12 top-five finishes at the NCAA Outdoor Championships in the past 14 seasons. It’s a run that includes four runner-up finishes in 2006, 2007, 2008 and 2012 and a pair of third-place team finishes nationally in 2004 and 2005.

While the Tigers have proven themselves as one of the NCAA’s most consistent men’s programs in recent years, the Lady Tigers have finished outside the Top 7 in the team standings just once during that span.

Below is the complete list of LSU’s semifinalists scheduled to compete this week at the 2014 NCAA Division I Outdoor Track & Field Championships as the Tigers and Lady Tigers wrap up the 2014 collegiate season.

“We had an outstanding weekend in Jacksonville during the first three days of this NCAA Championships to put our teams in the position where we can compete for top finishes here in Eugene this week,” Shaver said. “With the fields now being cut from 24 to eight on the track and 24 to nine in the field events, it’s absolutely important that our athletes are prepared and ready to compete at the highest level from the very start here this week. We know they’re prepared to do that starting tomorrow from the very first event.”

LSU’s Qualifiers for the NCAA Championships Semifinals in Eugene, Oregon
Note: All marks and times were achieved at the NCAA East Preliminary Rounds on May 29-31.