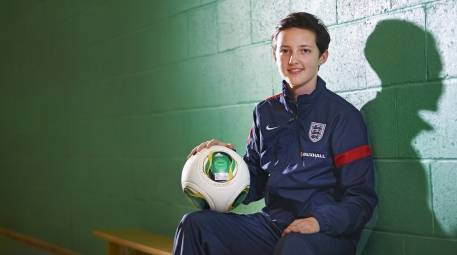 BATON ROUGE – The LSU Soccer program has bolstered its defense ahead of the 2014 season this fall by signing England international defender Ella Williams to a National Letter of Intent as the seventh member of a heralded Class of 2014 that emerged from National Signing Day in February as the No. 7-ranked recruiting class nationally by TopDrawerSoccer.com.

A native of Leatherhead, Surrey, Williams is a product of England’s youth national team system with experience as an international central defender at the Under-15, Under-17 and Under-19 levels.

Williams is an experienced member of England’s Women’s National Team system, earning six international caps at the U-15 and U-17 levels before taking part in a pair of U-19 training camps earlier this spring.

She made her first two appearances with England’s U-15 squad in international friendly matches against Norway on Oct. 26, 2011, and The Netherlands on April 11, 2012, even captaining the team against the Dutch side as a highlight of her youth career. That experience earned her an invitational to continue her development at the next level with England’s U-17 Women’s National Team.

Williams made her debut with England’s U-17 team on Sept. 12, 2012, in a 5-0 win over Israel in the first round of qualifying for the 2013 UEFA U-17 Euros. She then helped England to a fourth-place finish as the host for the 2013 UEFA U-17 Women’s European Championships held last winter. She has since been invited to England U-19 national training camps from March 24-26 and May 28-30 during the 2014 spring season.

Williams is also a club veteran while competing with Fulham and Chelsea during her youth career. She was named the Most Improved Player and Player of the Year in each of her three seasons with Fulham at the U-12, U-13 and U-14 levels from 2009-11. She then joined Chelsea’s U-15 team for two years in 2011-12 and the U-17 team from 2012-14 before stepping up to Chelsea’s Elite Development Team in 2014.

The England international adds to the infusion of world-class talent that has joined the LSU Soccer program in recent years as a member of the second-straight Top 10 ranked recruiting nationally for the Tigers.

LSU’s Class of 2013 featured a trio of international stars that earned All-SEC and Freshman All-America honors following their rookie seasons last year. Canadian striker Summer Clarke and midfielder Emma Fletcher and New Zealand left back Megan Lee were each named Second-Team All-SEC performers and members of the TopDrawerSoccer.com Freshman Best XI teams as three of the top rookies in all of college soccer during 2013 last fall. Clarke and Fletcher were also named to Soccer America’s All-Freshman Team following the season.