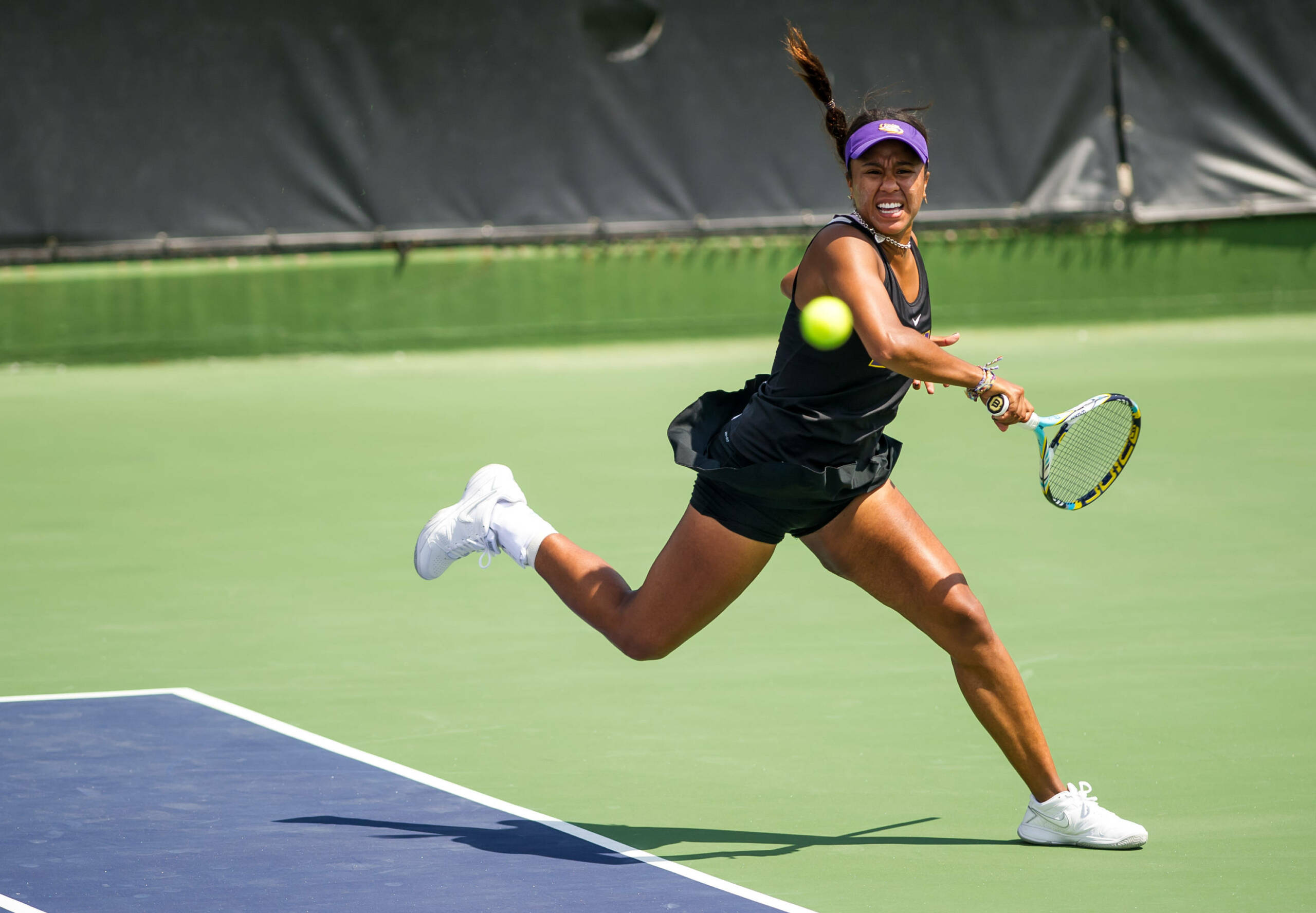 BATON ROUGE – LSU’s Noel Scott was named the 2014 Newcomer of the Year and Scott and Joana Vale Costa were named to the All-Louisiana Second Team as announced by the Louisiana Sports Writer’s Association Saturday.

A player must have been a non-freshman, first year player at a four-year school in Louisiana to be eligible for Newcomer or the Year.

Scott posted a 12-18 overall singles record in her first season as a Lady Tiger.   The junior played primarily on court two where she reached a season-high No. 87 national singles ranking.

Scott’s season was highlighted by a come-from-behind 3-6, 6-2, 6-3 victory over Missouri’s Kelli Hine.  During the SEC Tournament, Scott and partner Vale Costa overcame a 5-1 deficit to win 8-6 as they clinched the doubles point for LSU against then No. 26 Tennessee.

Vale Costa finished the season 11-8 with a 10-7 record on court one.  The freshman captured three wins over ranked opponents.  In the season finale, the Portugal native held was one game away from defeating then No. 26 Lorraine Guillermo when the match was left unfinished.