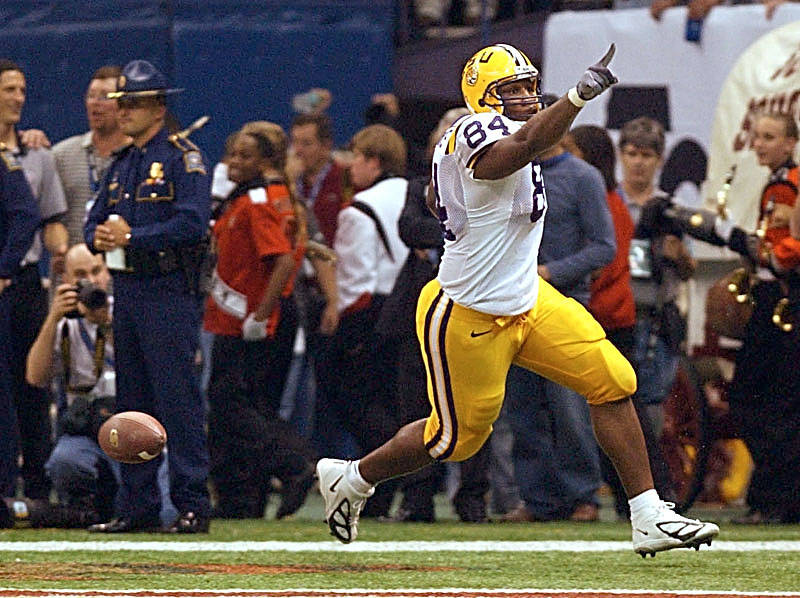 Spears will be joined on SEC Nation by host Joe Tessitore, analyst Tim Tebow, and college football enthusiast Paul Finebaum. The show will rotate among the 14 SEC campuses during the fall and will air from 9 a.m. to 11 a.m. CT each week.

Spears, who was a key component of LSU’s 2003 national championship team, retired from pro football in April of 2014 after playing nine years in the NFL, including eight with the Dallas Cowboys. Spears was a three-year starter on the defensive line for LSU and he was twice named first team All-SEC (2003-04) and was a first team All-America as a senior in 2004.

Spears was drafted in the first round with the 20th overall pick by the Dallas Cowboys in 2005.

“Our SEC Nation team encompasses the veteran voices our fans expect and insider knowledge they deserve. Paul and Marcus bring a variety of experiences that will complement Joe and Tim, providing viewers with a high-caliber, full view of SEC matchups each week,” said Stephanie Druley, vice president, production for college networks.

Also, more sites for SEC Nation’s early season schedule were revealed adding to the previously announced appearances at South Carolina on August 28 and Auburn on August 30. The show will begin its September slate in Nashville, Tenn., home to Vanderbilt, on Sept. 6, followed by Gainesville, Fla., on Sept. 13, and Tuscaloosa, Ala., on Sept. 20.