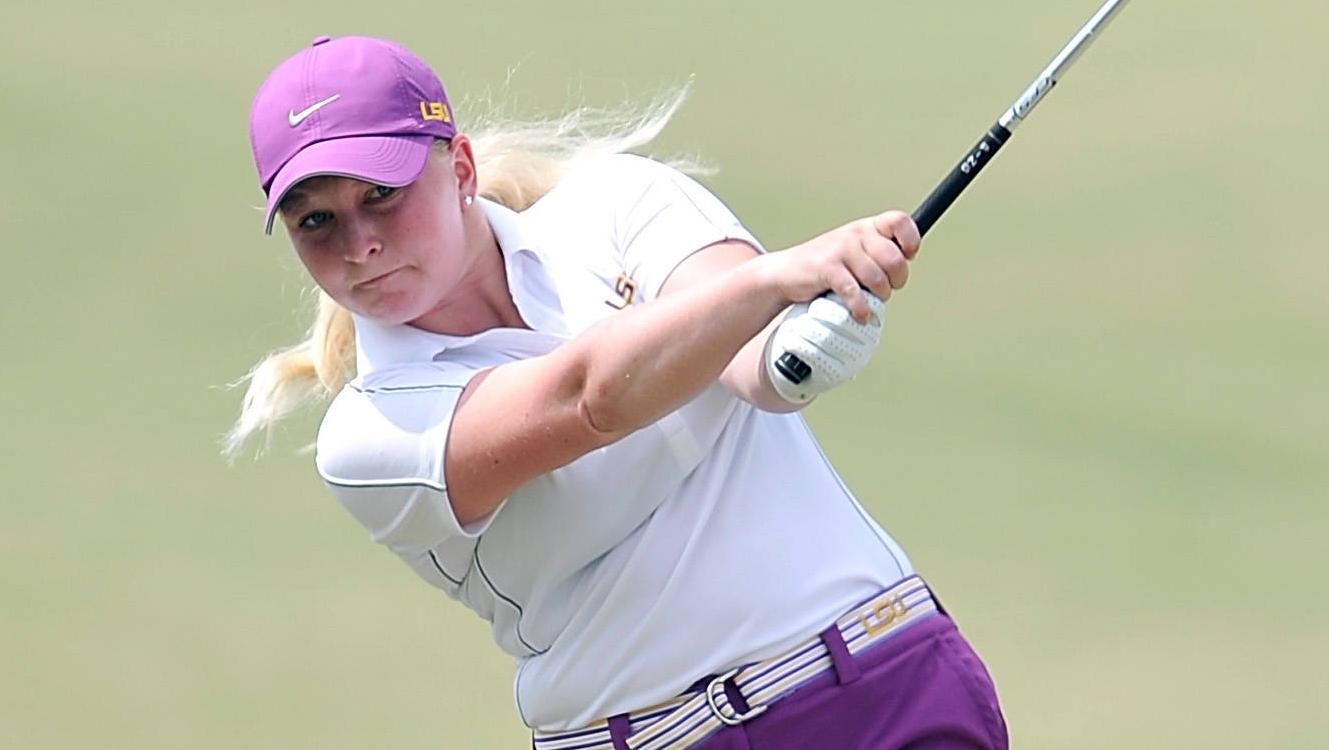 BY Matthew Bonnette
Written For The LSWA

LAKE CHARLES, La. – Stewart Jolly and Ben Taylor, two of LSU’s heavy hitters that helped lead the Tigers to a third place finish at the NCAA men’s golf championships, have been named the Louisiana Sports Writers Association (LSWA) Player of the Year and Newcomer of the Year respectively, announced by the organization on Friday.

In addition to those two main awards, McNeese’s Hampus Bergman was named the LSWA Freshman of the Year while LSU coach Chuck Winstead earned Coach of the Year honors.

Named to the second team were Fernando Cruz Valle and Haraldur Magnus of Louisiana-Lafayette, Curtis Thompson of LSU, Eamon Bradley of SLU and Victor Lange of Louisiana Tech.

On the women’s side, Tulane sophomore Emily Penttila, who finished tied for 26th in the individual rankings at the NCAA Championships, was voted the state’s Player of the Year as Green Wave coach Lorne Don was named Coach of the Year. Caroline Nistrup of LSU was voted as the state’s Freshman of the Year while Loyola’s Sarah-Anne Smurlick earned Newcomer of the Year honors.

Pentilla, Nistrup and Smurlick were named to the All-Louisiana team along with Gemma Dryburgh and Silvia Garces of Tulane, Sydney Martien of McNeese, Madelene Sagstrom of LSU and Alison Knowles of Louisiana-Monroe.

Student-athletes were nominated by school sports information directors and voted on by a panel of LSWA members, including SIDs which could not vote for their own players

Jolly earned first team All-SEC honors and ended the regular season with a No. 21 national ranking by Golfstat.com and a 23rd-ranking by Golfweek. He lead the team with a career-low 71.53 stroke average and had five Top 10 finishes throughout the season, including his second career collegiate title at the Golfweek Conference Challenge during the 2013 fall season.

Taylor finished sixth in the individual standings at the NCAA Championships with a 4-under 206 in the three rounds. The junior from Leatherhead, England averaged 72.56 strokes per round in the regular season and shot 9 of 18 rounds under par for the season.

Bergman led the Cowboys in scoring with a 71.9 average and was named the Southland Conference’s Freshman of the Year and earned all-SLC second team honors. He became the first McNeese golfer to earn league freshman of the year honors and the third Cowboy to garner LSWA freshman honors and the first since 2001. The Orebro, Sweden native played in 12 regular season tournaments and had five Top 20 finishes including a first place showing at the Moe O’Brien Intercollegiate. He shot par or better in 22 of 36 rounds on the season.

Winstead guided LSU to a second place showing at the SEC Championships and to its seventh-straight NCAA Regional berth where the team was the No. 3 seed at the Columbia Regional and tying the school’s best-ever regional seeding. LSU advanced to the semifinals of match play at the NCAA Championships and finished the tournament in third place in the team standings. The Tigers ended the regular season with a No. 14 national ranking by Golfstat and No. 17 by Golfweek.

Penttila returns to the All-LSWA team for the second consecutive season in a year where she earned Conference USA Golfer of the Year honors. She led the team in the regular season with a 72.78 scoring average and shot 12 rounds of par or better including a season-low 4-under 68 during the opening round of the 2014 C-USA Championships. The Gothenburg, Sweden native led Tulane to its second-consecutive C-USA title and an appearance in the NCAA East Regionals where she finished tied for 11th overall after shooting a 3-under 213.

Nistrup, a native of Dragoer, Denmark, earned first team All-SEC honors as well as a spot on the All-SEC Freshman Team after she ended the season with a 72.92 stroke per round average. She ranked seventh in the SEC in stroke average and 28th in Golfstat. She shot 12 rounds at par or better and had a second place finish at the Darius Rucker Intercollegiate where she lost in a playoff.

Smurlick earned SSAC All-Conference honors and was her conference’s newcomer of the year after she led the Wolfpack with an 83.1 scoring average. The Toronto native helped guide her team to the NAIA Women’s Golf National Championships and to a 20th place finish and just the second national tournament appearance in school history.

Don, the C-USA Coach of the Year, guided his Tulane team to the conference title by using one junior, three sophomores and two freshmen, and in his first year at the helm. The Wave produced five Top-5 finishes and seven Top-10 listings in 10 tournaments in the regular season.

Tulane finished seventh at the NCAA East Regionals to qualify for the NCAA Championships where it placed tied for 15th in the 24-team field.