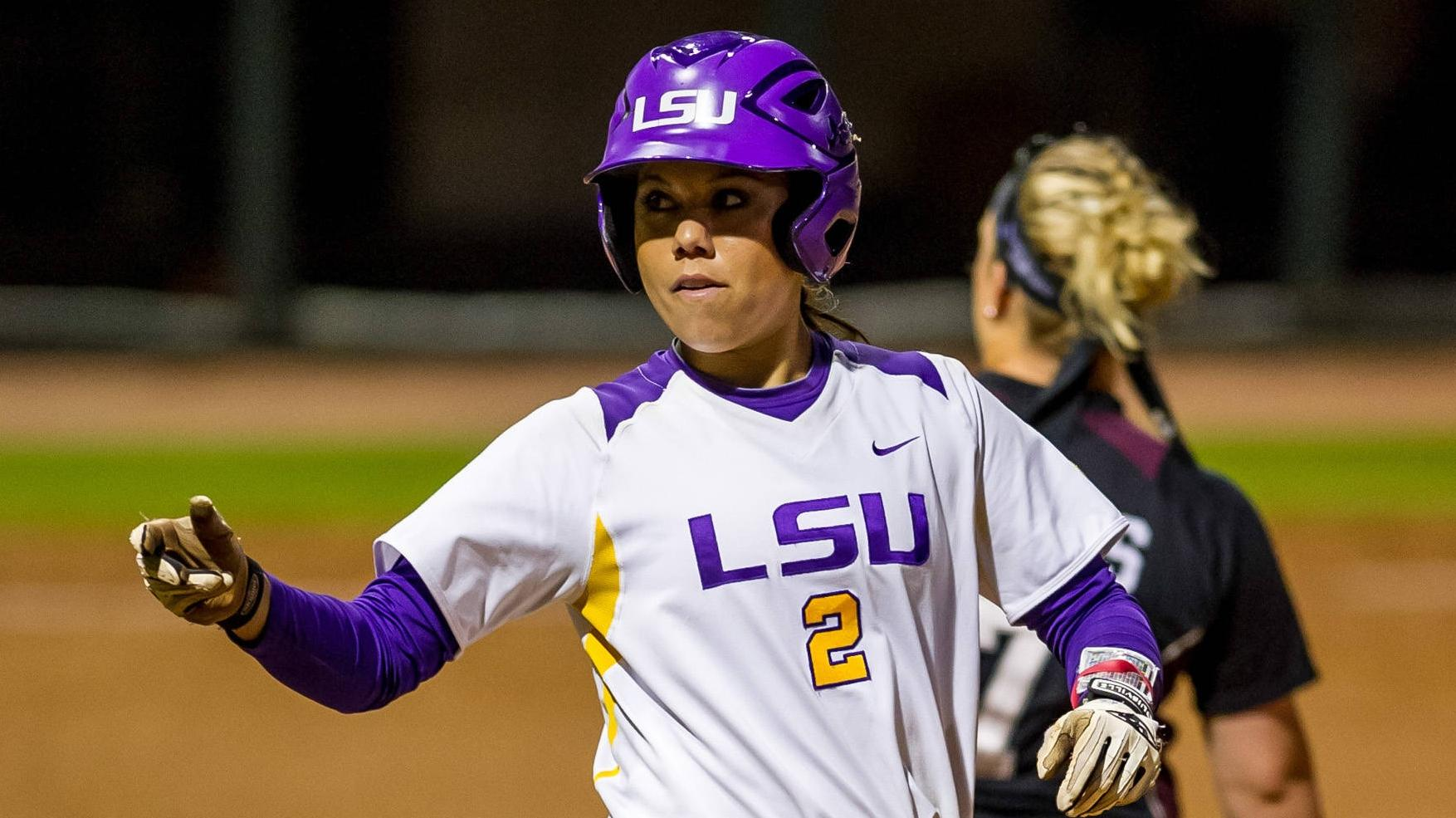 OKLAHOMA CITY, Okla. – LSU freshman, and Highland, California, native Sahvanna Jaquish, was named to the National Fastpitch Coaches Association All-American Second Team the organization announced today, becoming the 16th player in team history to be named to one of the three lists.

With her selection, Jaquish extends the program’s run of consecutive All-American selections to five-straight, as she is the seventh first, second or third team selection since 2009. Of the 23 NFCA All-American honors LSU players have received since 1998, Jaquish is the first player to earn a spot at designated player, and joins Ladonia Hughes [2004], Kristin Schmidt [2004], Trena Peel [2002] and Britni Sneed [2000] as the fifth to be named second team.

“Sahvanna had such an amazing season, and is very deserving of this honor,” head softball coach Beth Torina said. “What she was able to come in and do in her first year obviously made her a strong candidate, and I’m excited to see what the future holds for her here at LSU.”

Playing in all but two of the team’s games this year, Jaquish put together one of the best freshman seasons in program history as she completed the 2014 campaign hitting .341 for the Tigers, the highest for everyday starters, in 60 games while seeing time as catcher with a .985 fielding percentage. Her team-leading 17 home runs are now a single-season program record at LSU, while her 55 RBI are the second-most for a Tiger freshman.

Jaquish’s slugging percentage of .699 is the second-highest ever for any LSU player in a single year, much less one in their first year in Baton Rouge, as she also pounded out nine doubles and a triple to go along with her .445 on-base percentage which was second on the team. In the postseason alone, Jaquish hit .438 with four home runs and nine RBI, while slugging 1.250 and getting walked 10 times for a .667 on-base percentage.