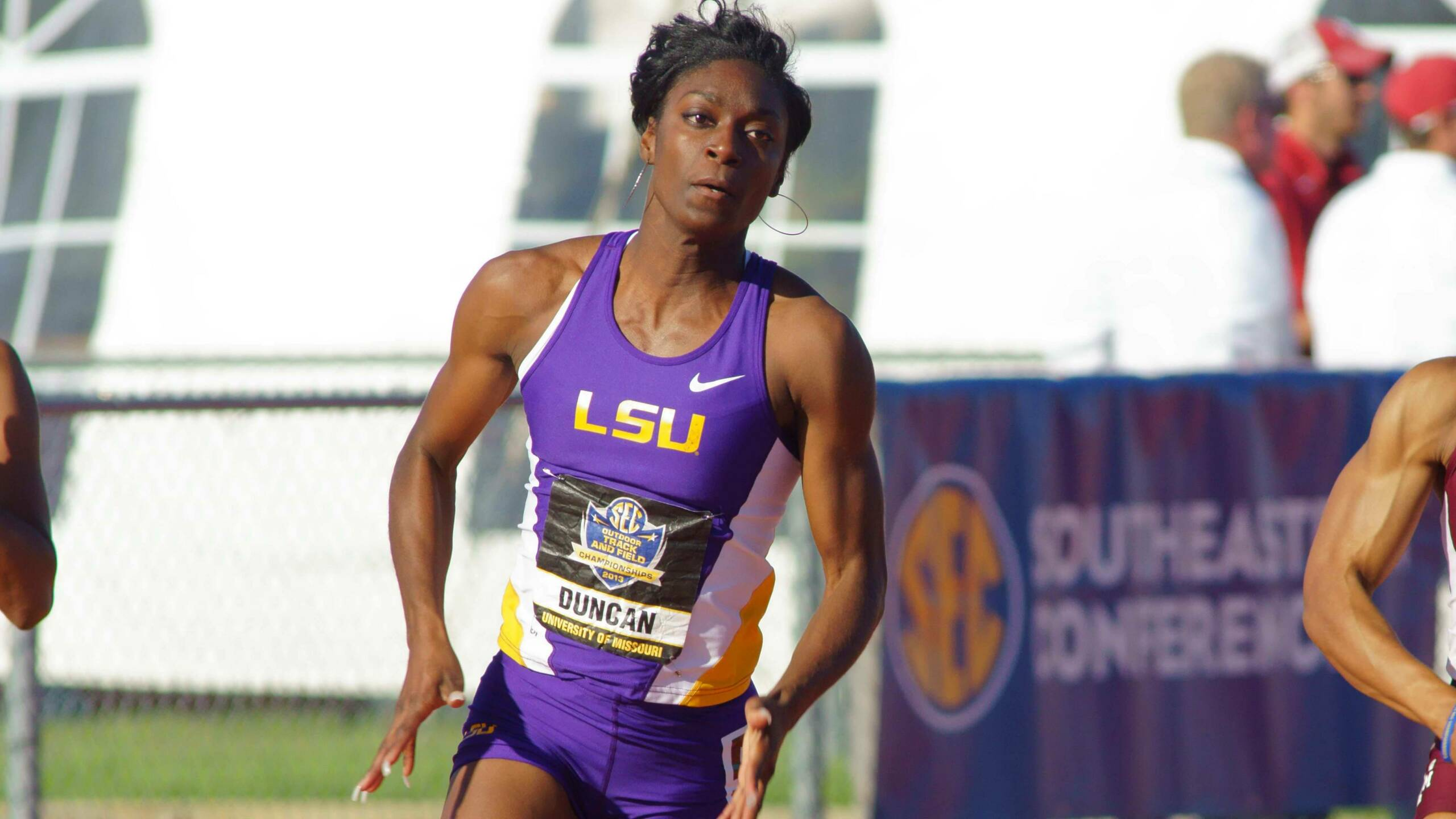 The inaugural IAAF World Relays Championships was held on Saturday and Sunday at the Thomas A. Robinson National Stadium in Nassau, Bahamas, and both Duncan and Thompson anchored their countries to a place on the medal podium in Sunday’s finale in the only World Championship of the 2014 outdoor season.

Duncan brought the United States home in the women’s 4×200-meter relay final as she teamed with Shalonda Solomon, Tawanna Meadows and Bianca Knight for a winning run of 1 minute, 29.45 seconds.

It was Duncan’s second international competition as a member of Team USA after making her World Championships debut in Moscow, Russia, outdoors in 2013 when she advanced to the 200-meter semifinal following her senior season with the Lady Tigers. She anchored the United States to the victory ahead of the silver medalists from Great Britain (1:29.61) and bronze medalists Jamaica (1:30.04).

A three-time Olympic medalist and former World Championships silver medalist in the 4×100-meter relay, Thompson anchored Trinidad & Tobago to a silver medal once again in Sunday’s finale when he joined with the likes of Keston Bledman, Marc Burns and Rondel Sorrillo to clock 38.04 seconds to finish runner-up to the winning run of 37.77 by gold medalist Jamaica.

Thompson already owns the distinction as the most decorated Olympian in the history of LSU athletics, regardless of sport, as he has won three silver medals for his country while competing at the Olympic Games with appearances in Beijing, China, in 2008 and London, England, in 2012. He sprinted to the silver medal in the 100-meter dash and 4×100-meter relay in his Olympics debut in 2008 before adding another Olympic silver medal in the sprint relay in 2012. Thompson also anchored Trinidad & Tobago to the 4×100-meter relay silver medal at the 2009 IAAF World Championships held in Berlin, Germany.

Thompson has been a leader of his nation in international competition since his time at LSU as he has appeared in two Olympic Games and four World Championships since his junior season in 2007.