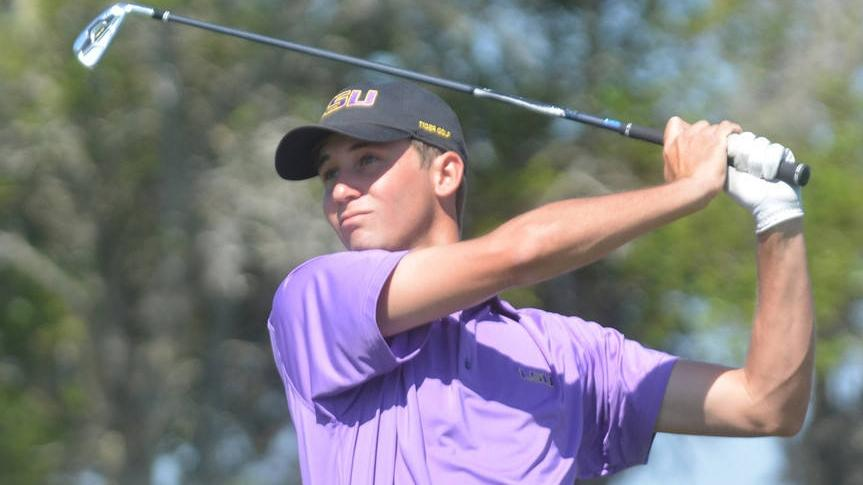 BATON ROUGE – The 16th-ranked LSU Men’s Golf team is set to make its return to the NCAA Division I Men’s Golf Championships this weekend in the finale of the 2014 spring season as the Tigers will tee off as the No. 15 seed in the 30-team field in Friday’s first round of stroke play at Prairie Dunes Country Club in Hutchinson, Kansas.

Wichita State University is playing host to this year’s NCAA Championships as the course will play to a par 72 and 6,759 yards through the national championship match to be played on Wednesday, May 28.

The 30 teams in the field that have qualified to compete at the NCAA Championships will look to crack the Top 8 of the team standings after 54 holes of stroke play to advance to the eight-team match-play tournament for the national championship. There will be 72 holes played to determine the NCAA individual champion as the final round of individual stroke play will be held Monday.

Teams advancing to match play will be re-seeded and paired based on their finish in stroke play with the leading team earning the No. 1 seed and taking on the eighth-place team playing as the No. 8 seed. The squad in second place will earn the No. 2 seed to take on the seventh-place team as the No. 7 seed, with the No. 3 seed facing the No. 6 seed and the No. 4 seed facing the No. 5 seed in the match play quarterfinals.

The quarterfinal and semifinal rounds of the single-elimination match-play tournament will be held Tuesday, followed by the national championship match on Wednesday of next week.

This marks the second-straight season and the fourth-time in five years that the Tigers will compete at the NCAA Division I Men’s Golf Championships as they are tournament regulars under the direction of head coach Chuck Winstead. They followed a 24th-place finish in 2010 with a 21st-place finish in 2011 and a tie for 23rd-place finish in their appearance a year ago.

Teams finishing in the Top 5 of the final team standings in each of the six NCAA Regionals held last weekend have qualified for the championship with the Tigers earning the No. 15 seed in the field.

The Alabama Crimson Tide defeated the Illinois Fighting Illini by a 4-1 margin in the national championship match a year ago, and has returned to defend its NCAA crown as the No. 1-ranked team in the country and the No. 1 seed in the field after already being crowned the SEC Champions for 2014. Among the favorites to qualify for match play will be No. 2-seeded Oklahoma State, No. 3-seeded Stanford, No. 4-seeded Georgia Tech, No. 5-seeded California, No. 6-seeded Georgia, No. 7-seeded Washington, No. 8-seeded Illinois, No. 9-seeded Virginia Tech and No. 10-seeded Houston in the Top 10.

The Tigers will feature the same five-man starting lineup that has carried them throughout the championship season, with senior Smylie Kaufman, juniors Stewart Jolly, Ben Taylor and Curtis Thompson and sophomore Zach Wright each ready to tee it up in Friday’s opening round at the NCAA Division I Men’s Golf Championships.

Leading the way is a trio of Tigers cracking the Top 100 player rankings in the final Golfstat power rankings released Wednesday before the start of the opening round on Friday. A First-Team All-SEC selection and an All-America hopeful, Jolly leads the way as the No. 21-ranked player nationally this season, while Thompson, a Second-Team All-SEC performer, is ranked No. 54 and Kaufman is ranked No. 86 nationally by Golfstat.

Taylor has matched Kaufman with a 72.48 scoring average of his own in seven tournament appearances, while Wright rounds out the lineup with a 73.63 scoring average in his nine starts on the year.

Jolly, Kaufman, Thompson and Wright are all returning to the NCAA Championships making their debut in the event a season ago. Kaufman has seen his stock soar as the team’s top performer for the postseason while finishing in second place on the final leaderboard at the SEC Championships and tying for sixth place at the NCAA Columbia Regional, finishing a cumulative 18-under par in his last two appearances. Kaufman fired a low score of 11-under 199 in his career at the SEC Championships before a 7-under 209 in regional play.