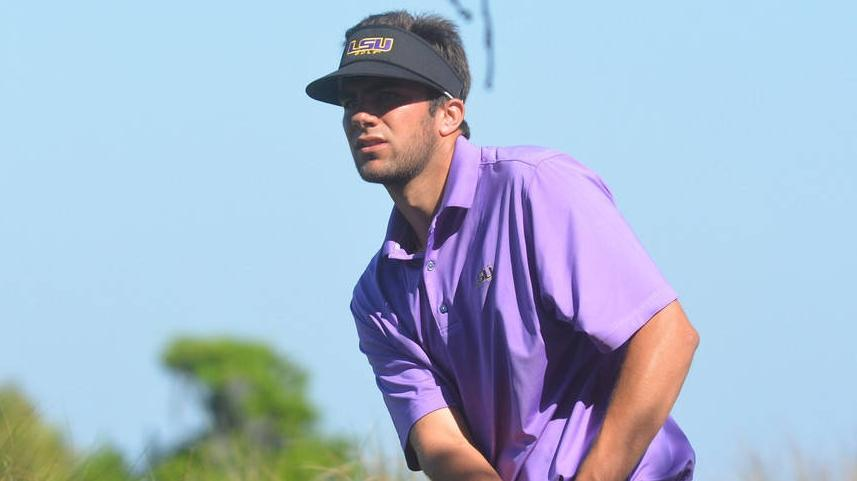 BATON ROUGE – On the eve of Friday’s opening round at the NCAA Division I Men’s Golf Championships, LSU’s trio of senior Smylie Kaufman, junior Stewart Jolly and junior Curtis Thompson were each named by the Golf Coaches Association of America to the PING All-Southeast Region Team for their outstanding performance during the 2013-14 season.

The Tigers continue to be rewarded for their performance this year as Jolly is already a First-Team All-SEC selection and Thompson is a Second-Team All-SEC selection for the 2013-14 season. Thompson makes a return to the PING All-Southeast Region Team for the second-straight year, while Jolly and Kaufman have each earned their first selection to the squad.

They will be leading the Tigers into the stroke-play competition at the 2014 NCAA Division I Men’s Golf Championships this weekend as each has cracked the Top 100 player rankings for the final Golfstat power rankings released Wednesday before the start of Friday’s opening round at Prairie Dunes Country Club in Hutchinson, Kansas.

Kaufman has actually seen his stock soar as the team’s top performer in the postseason while finishing in second place on the final leaderboard at the SEC Championships and tying for sixth place at the NCAA Columbia Regional, finishing a cumulative 18-under par in his last two appearances. Kaufman fired a low score of 11-under 199 in his career at the SEC Championships before a 7-under 209 in regional play.

Jolly received the honor earlier this spring by being selected as one of 10 members of Team USA that will compete at the 2014 Palmer Cup to be held following the collegiate season on June 26-28 at Walton Heath Golf Club in Surrey, England. The Palmer Cup is an annual Ryder Cup-style tournament featuring the top American and top European golfers competing at the collegiate level each season.

Thompson is now a two-time All-SEC and two-time PING All-Southeast Region performer in his own right after earning First-Team All-SEC and all-region honors for the first time in his collegiate career a year ago.