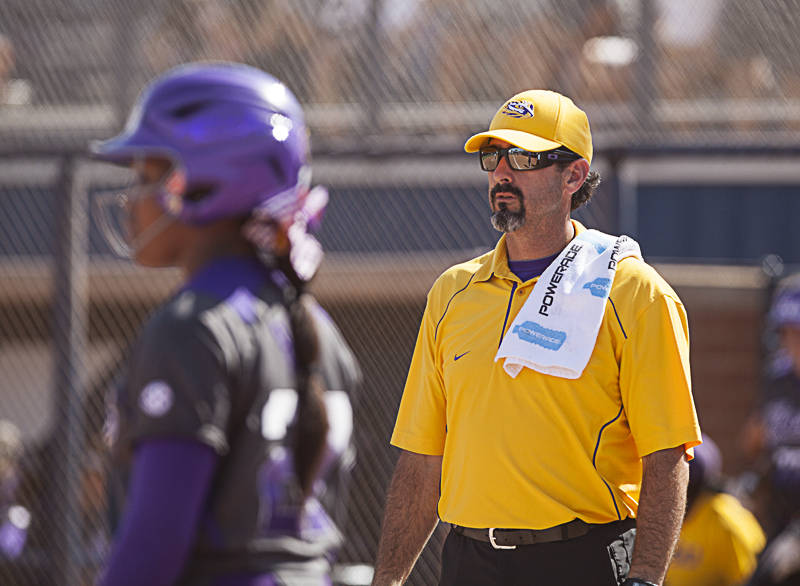 OKLAHOMA CITY, Okla. – LSU softball’s Howard Dobson was selected as one of three assistant coaches that will spend the year as a member of the USA Women’s Softball National Team Program the Amateur Softball Association and USA Softball announced today.

The organization has tabbed current University of South Florida head coach Ken Eriksen to head up the team, while Dobson joins Oregon State head coach Laura Berg and UNLV head coach Lisa Dodd as the top assistants. Berg and Dobson are each making their third appearances as assistant coaches in the USA Softball program while Dodd will be in her second stint as a coach with Team USA, previously having coached with the 2013 USA Softball Junior Women’s National Team at their ISF World Championships in Brampton, Ontario, Canada.

Dobson, who just completed his third season as an assistant coach at LSU, serving as hitting coach and recruiter, has helped lead an offensive explosion for the Tigers since his arrival from Southern Miss, as the squad just completed one of its best seasons at the plate in program history hitting .314 which is second best all-time as a group, while also hitting a single-season program record 65 home runs as a team.

A former baseball player at McNeese State University before beginning his coaching career which has now spanned 15 years, Dobson is no stranger to the USA Softball program the last few seasons, serving as a member of the staff for the USA Softball Elite Team in 2012 and women’s national team in 2013.

Twenty-Six athletes have accepted invitations to the 2014 USA Softball Women’s National Team Selection Camp scheduled for June 8-19. These athletes will compete in a series of practices and exhibition games in hopes of making the final 17-player roster that will compete for Team USA throughout the summer. The final roster will be announced on http://www.usasoftball.com/ on June 22.

In preparation for the ISF Women’s World Championships, August 15-24, 2014 in Haarlem, Netherlands, the 2014 Women’s National Team will compete in a series of exhibition games as well as three tournaments that include the World Cup of Softball IX in Irvine, California July 7-13, the Canadian Open Fast Pitch International in Surrey, British Columbia, Canada July 15-21 and Italian Softball Week in Azzano, Italy August 6-10.