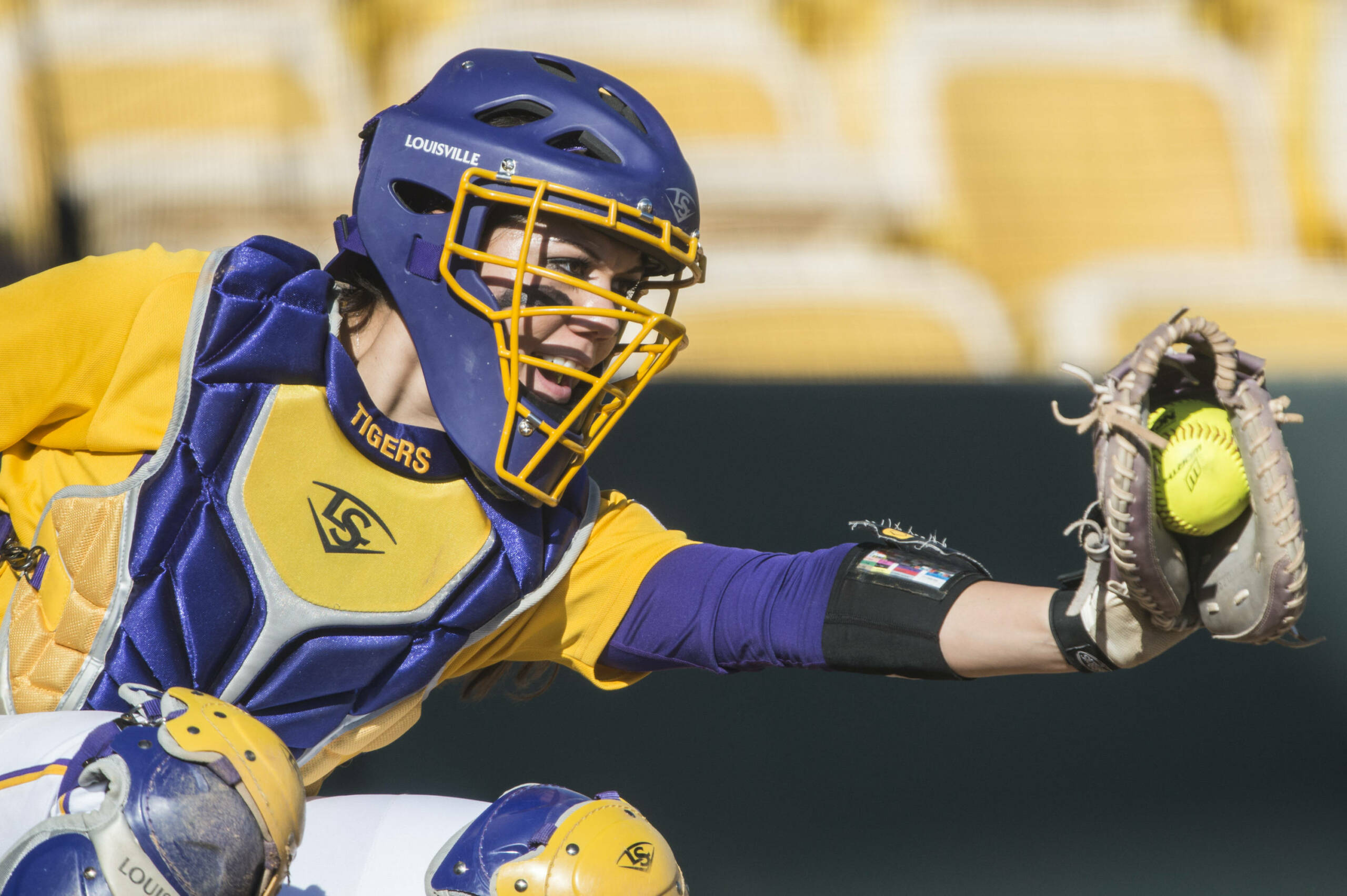 LOUISVILLE, Ky. – As the team prepares for its regional opener in Tucson this weekend, five members of the LSU softball team were recognized for their outstanding seasons as Bianka Bell and Sahvanna Jaquish were named first team NFCA All-South Region, while Allison Falcon and A.J. Andrews were named to the second team and Baylee Corbello landed on the third team the organization announced today.

By being named to one of the three regional teams, each are now eligible for All-America honors which will be announced on May 28 in a live broadcast on the NFCA’s website, revealing first, second and third team honorees. This is the most selections for LSU since 2010, when that group had five nominated between the first and second teams.

This is the second straight year the Tigers will have two representatives on the first team, as Bell is the first of two a repeat all-region honorees for the Tigers along with Andrews after earning second team honors last season, while Jaquish can add first team honors after being named first team All-SEC earlier this month. Falcon is on the list for the first time in her final season in Purple and Gold, while Andrews lands on the list for the second-straight year and will be looking to earn All-America status as well. Corbello, who was also an initial finalist for the first-ever NFCA Division I National Freshman of the Year Award and Freshman All-SEC, is making her first appearance on the list.

“We are excited to be recognized by the other coaches in our region, and honored to have them respect our players and what they’ve accomplished this season,” head coach Beth Torina said. “These five players are very deserving, and they’ve worked hard and truly earned this distinction.”

Leading the way at the shortstop position, Bell is currently following up a solid freshman campaign from last season with a strong sophomore year where she has started every game for LSU, with the bulk of her action coming at shortstop. The Tampa, Florida, native is currently third on the team in batting average (.325) and hits (53), slugging .607 with a .438 on-base percentage, making her one of the top power-producing players on the team.

Just this season alone, Bell has become just the third player in team history to earn double-digit home runs in a career at LSU, as she is currently second to Jaquish with 11 and 45 RBI, while she leads the team with 11 doubles and a triple, making 23 of her 53 hits this season for extra bases. Bell hit .329 in league games with 23 hits, six home runs and team-leading 21 RBI to just eight strikeouts. Bell slugged .643 in league games and had an on-base percentage of .447, which were both second on the team.

“Bianka is one of the most talented hitters in this region and in our conference,” Torina said. “I think she is very deserving of this award, and she has continued to have some game-changing at-bats for us all season long.”

The awards continue to roll in for the freshman Jaquish, who is the fifth player in team history to make the top all-region squad in their first season and the first to do so since Rachele Fico did in her freshman season in 2010. Just 55 games into her young career, the designated player pick leads the team with 13 home runs on the season and Is second on the team in batting average hitting .335, while leading the team in hitting in conference games with a .386 average which was tied for sixth best in the league.

Showing the type of promising career she can have at LSU, the Highland, California, native leads the team with 48 RBI, and has 13 multi-RBI games with one four-RBI contest and eight three-RBI games, while sporting a .983 fielding percentage defensively. She has only struck out 14 times on the year, going on a season-long eight-game hitting streak from April 18-May 2.

“I think Sahvanna has been another one of our bright spots this season, mainly because she has so much confidence at the plate,” Torina said. “She is such a phenomenal hitter and knows how to hit. I’m so excited to have her in this program.”

Starting every game for the team in the outfield, Andrews has been leading the team at the plate since the middle of March and has not eased up ever since. Being named second team All-SEC a week ago, the Oldsmar, Florida, product leads the squad with a .339 batting average with a team-high 64 hits, including six triples which is in the top ten in the nation coming into the week and leads the SEC, with that sixth coming at a crucial point in the Kentucky game during the conference tournament.

With the honor of setting the tone at the top of the lineup in the batting order, Andrews went on a season and career long 15-game hitting streak this season, as she has 17 multi-hit games which is tops for the team. Along with her swing, she has been a bandit on the bags swiping 35-of-36 bases during the year which is second in the conference and among some of the best in the nation in stolen bases per game.

“A.J. being honored again shows that she’s capable of having multiple years like this, and that kind of consistency at the top of the lineup has been a big key for us this season,” Torina said. “She proves constantly that she is one of the top players in the region, and it’s great to see her recognized for that.”

In her fifth and final season on the team, Falcon will end her career with second-team honors as she is currently hitting .307 on the year with 47 hits, 32 RBI and 30 runs scored, to go along with six stolen bases and .983 fielding percentage in the infield. The Donaldsonville, Louisiana, product has been the first to do a lot for the Tigers this season, including hitting the first grand slam of the season against George Washington, while also being the first player since 2004 to hit two triples in a single game in the first of a doubleheader against Penn State.

Over a stretch of four games to start the team’s upswing to close the year, she Hit .750 over a stretch of four games, including a .800 on-base percentage and 1.125 slugging percentage against ULM and Tennessee to earn SEC Player of the Week honors for the first time in her career and first for an LSU player since 2011, while also sweeping weekly awards in being named LSWA Player of the Week for the second time at LSU.

“Allison is a mainstay in our infield, and truly is our field general,” Torina said. “She has had a great year, and has been a leader for this program for so long, so she is very deserving of this type of award.”

Corbello will be earmarked as one of the top returning pitchers in the country at season’s end, as the third team recognition is another in a laundry list of accomplishments for the Sam Houston High School product from Lake Charles, as she heads into the regional with a 17-8 overall mark and at 2.55 earned run average with 175 strikeouts.

Her 21 complete games in her first year is the most for any first-year LSU pitcher, earning 14 of her wins this season by going the distance in those games. Her six shutouts are a staff-high, as she has given up a run or less  in 14 games this season, while holding the opposition to two or fewer hits in 14 games, winning five of her last six starts in the circle heading into the weekend.

“No matter the situation, Baylee has taken every challenge we’ve given her and exceeded our expectations,” Torina said. “She’s gone up against some of the best teams in the country, and has kept us in a lot of games, and I know she is going to have a bright future.”

LSU opens the 2014 NCAA Tucson Regional on Friday at 7 p.m. against the Louisville Cardinals at Hillenbrand Memorial Stadium in Arizona. Friday’s contest will be on ESPN and the WatchESPN app, as every game of the regional will be carried on the ESPN family of networks throughout the weekend. The team is making its 16th appearance in an NCAA Regional in program history and ninth-straight which is currently the longest in team history.