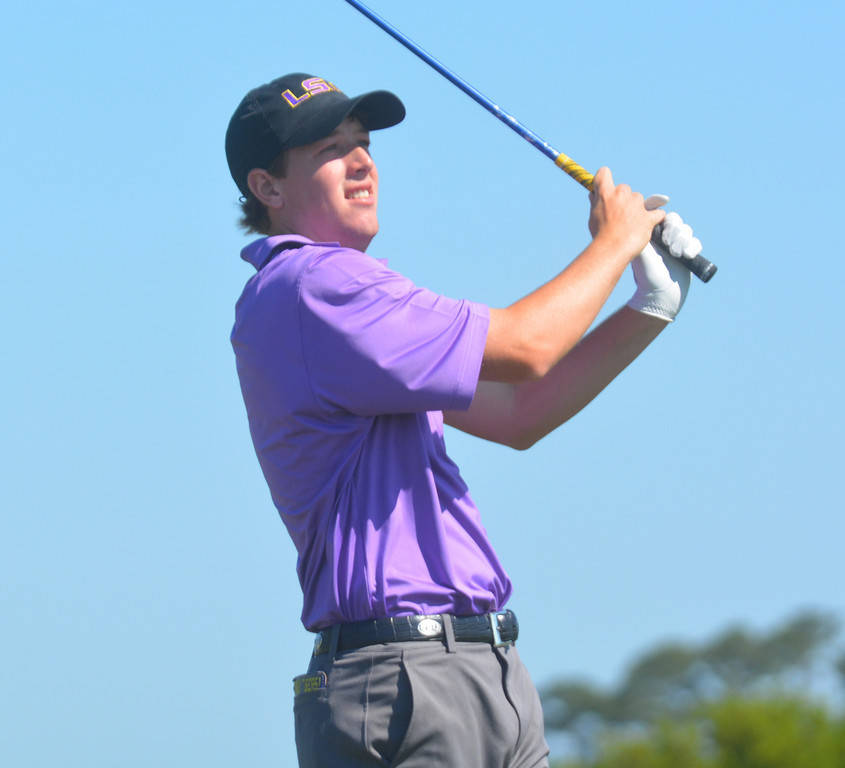 BATON ROUGE – The 14th-ranked LSU Tigers have their sights set on qualifying for the NCAA Championships for the fourth time in five seasons this weekend when they tee off as the No. 3 seed in the 14-team field at the NCAA Columbia Regional beginning with Thursday’s opening round at The Club at Old Hawthorne in Columbia, Missouri.

The Club at Old Hawthorne will play to a par 72 and 7,141 yards for the three-day, 54-hole championship as a top-five team finish at the NCAA Columbia Regional will award the Tigers a return trip to the NCAA Division I Men’s Golf Championships for the second-straight season and the fourth time in five seasons.

Thursday’s opening round is scheduled to get underway with tee times on the front nine at 8 a.m. CDT and the back nine at 8:20 a.m. Friday’s second round will also begin at 8 a.m., while Saturday’s final round is set to start at 7:30 a.m. on the final day of the competition.

The top five teams at each regional site will earn the right to tee it up at the 2014 NCAA Division I Men’s Golf Championships being held May 23-28 at Prairie Dunes Country Club in Hutchinson, Kansas.

The Tigers are ranked as high as No. 14 nationally as they head into postseason play, and have earned a No. 3 seed at the NCAA Columbia Regional in their seventh-straight NCAA Regional selection since 2008.

While LSU competes as the No. 3 seed in the field this week, No. 2-ranked and No. 1 seed Oklahoma State, No. 11-ranked and No. 2 seed Virginia, No. 24-ranked and No. 4 seed Arkansas and No. 5 seed Arizona State are among the favorites to advance to the NCAA Championships from the NCAA Columbia Regional. The 14-team field also includes the likes of No. 6 seed Iowa, No. 7 seed San Diego State, No. 8 seed and tournament host Missouri, No. 9 seed Iowa State, No. 10 seed Middle Tennessee State, No. 11 seed Ohio State, No. 12 seed Denver, No. 13 seed Loyola (Md.) and No. 14 seed Bryant.

The Tigers are paired with Oklahoma State and Virginia in Thursday’s opening round as they will tee off from the front nine beginning at 8 a.m. CDT. Live scoring of the event can be found online at http://www.golfstat.com/.

LSU is certainly hitting its peak at the right time of the season as they followed their victory at Texas A&M’s Aggie Invitational in their regular-season finale with their best finish at the SEC Championships since 1989 with a second-place finish after firing an 18-under par 822 at Sea Island Golf Club’s Seaside Course, including a school-record 17-under par 263 in the final round.

LSU is sure to be led again this week by its All-SEC duo of juniors Stewart Jolly and Curtis Thompson as they are the only two Tigers to start all 10 tournaments during the 2013-14 season before regional play.

A native of Birmingham, Alabama, Jolly earned All-SEC honors for the first time in his collegiate career last week when he was named a First-Team All-SEC performer as one of the nation’s elite players. Jolly is LSU’s 35th First-Team All-SEC selection since 1970 as he is the No. 21-ranked player nationally by Golfstat and the No. 23-ranked player nationally by Golfweek this season.

Jolly has smashed his career-best scoring average with a team-leading 71.53 strokes per round in 2013-14 as he has also earned a team-best three top-five and five top-10 finishes in his 10 tournament starts this season for the Tigers. Jolly’s spring season is highlighted by a run of three-straight top-10 finishes, including a runner-up finish at the Valspar Invitational at Floridian where he fired a career-low 10-under 203 for 54 holes.

Like Jolly, Thompson has also appeared in all 10 tournaments for the Tigers this season, earning two top-five finishes and three top-10 finishes with a career-low 72.03 scoring average on the season. Thompson opened the 2014 spring season with a seasonal-best finish by tying for fourth place at The Prestige at PGA West where he fired a 6-under par 207 for three rounds in the event held on Feb. 17-19. Thompson also earned his top career finish at the SEC Championships while tying for 13th place in his last tournament appearance.

Jolly and Thompson will be joined in the lineup by senior Smylie Kaufman, junior Ben Taylor and sophomore Zach Wright as the Tigers return their lineup that earned a runner-up finish at the SEC Championships.

Kaufman and Taylor have both cracked the Top 100 of the national rankings with their performance this spring. Taylor is the nation’s No. 96-ranked player by Golfstat as he tees off this weekend as the club’s third-best scorer with a 72.56 scoring average in six starts on the year. Kaufman follows Taylor as the nation’s No. 97-ranked player while posting a career-low 72.83 scoring average in his eight starts for the year. Kaufman claimed an impressive runner-up finish on the final leaderboard in his SEC Championships debut while firing a career-low 11-under par 199.