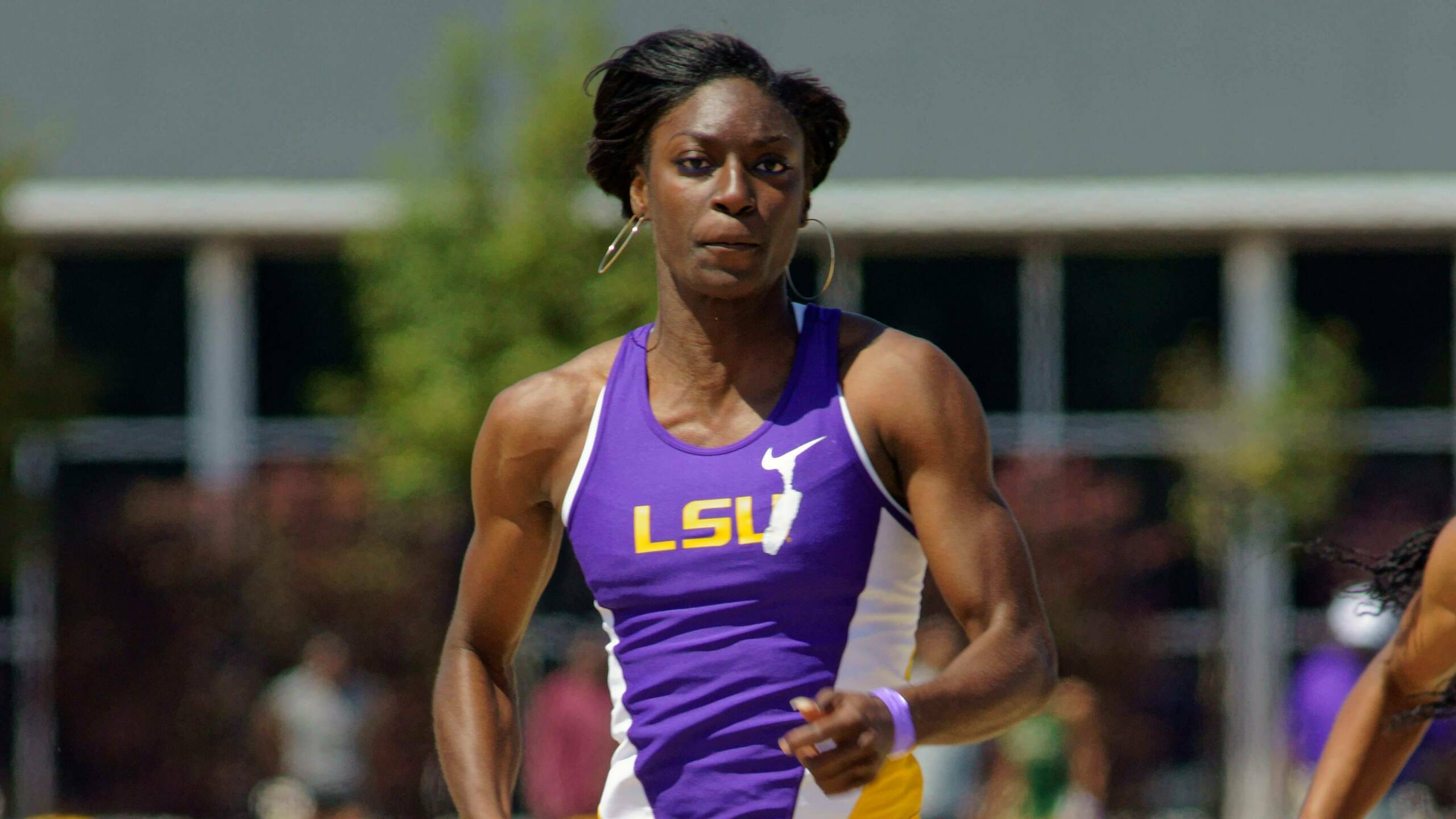 BATON ROUGE – USA Track & Field announced Tuesday that 55 athletes will comprise its relay pools competing at the inaugural IAAF World Relays Championships, and Lady Tiger alums Kimberlyn Duncan and Charlene Lipsey were among those named who will compete May 24-25 at Thomas A. Robinson National Stadium in Nassau, Bahamas.

The event will feature live television coverage in primetime on Universal Sports from 5:30-8 p.m. CDT during both days of the competition on May 24-25 as athletes have 10 days to prepare.

Duncan is off to a fast start in her first full season as one of the world’s top young professional sprinters as she is currently tied as the No. 2-ranked 200-meter sprinter worldwide on the women’s side with her seasonal best of 22.53 seconds. She will line up for the United States in the women’s 4×200-meter relay at the IAAF World Relays Championships.

Duncan made her international debut for the United States in the summer of 2013 while advancing to the 200-meter semifinals in her debut at the IAAF World Championships in Athletics held in Moscow, Russia.

A native of Katy, Texas, Duncan wrapped up her collegiate career in 2013 as one of the most decorated sprinters in the history of the Lady Tiger program, tying LSU school records of seven NCAA event titles and 12 SEC event titles during her four-year career in Baton Rouge. She was a six-time NCAA Champion in the 200 meters alone while running career bests of 22.19 wind-legal and 21.80 wind-aided as a Lady Tiger.

Like her former Lady Tiger teammate, Lipsey has been outstanding in her first season in the professional ranks as she has raced to a personal best in the 800 meters with a seasonal-best time of 2 minutes, 1.09 seconds to rank No. 11 in the event in the World rankings for 2014. Lipsey will compete as part of Team USA’s relay pool in the women’s 4×800-meter relay during the competition.

Lipsey was a five-time All-American in her own right as one of the NCAA’s premier 800-meter runners during her four-year collegiate career from 2010-13. She also captured three SEC titles in the 800 meters during her Lady Tiger career, including a sweep of SEC Indoor and SEC Outdoor titles in 2012 and a successful defense of her SEC Indoor crown as a senior in 2013.