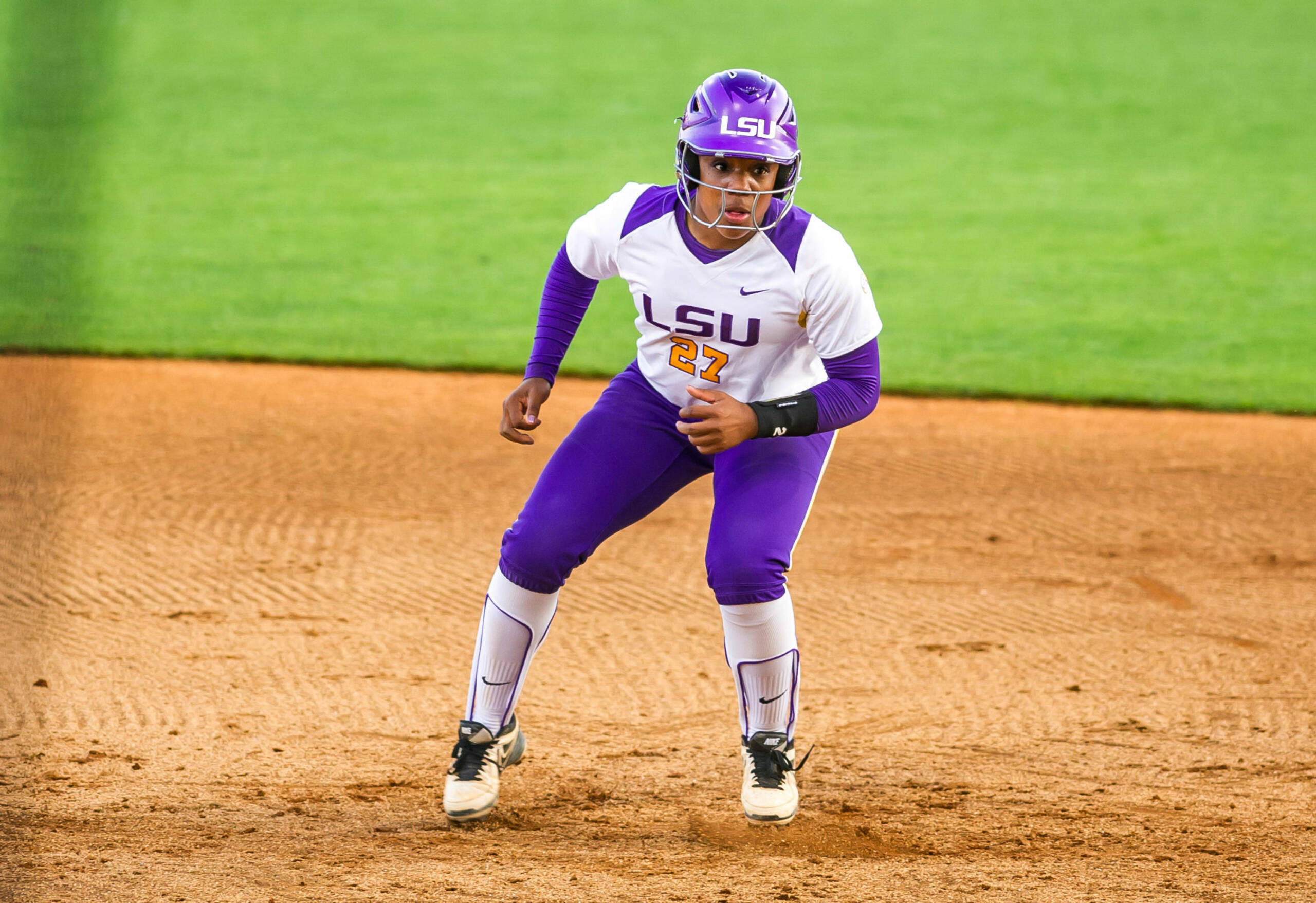 Notes on the Tigers
LSU is 35-22 on the season entering the NCAA Regionals in Tucson which runs from May 16-18 at Hillenbrand Memorial Stadium in Arizona. The Tigers have been selected for a regional for the 16th time in program history and the ninth-straight season which continues its program record run. The Tigers will take on Louisville at 7p.m. on ESPN3 Friday night. This is the third meeting all-time between the Tigers and Cardinals. LSU is 1-1 against Louisville all-time. LSU could face Arizona for the 11th time in team history, while the team could face Boston for the first time in program history this weekend. The team is in a regional in the state of Arizona for the fourth time in program history, the first since the 2008 season, while playing in a postseason event in Tucson for the first time since 2006 when LSU faced Arizona in a Super Regional. LSU played both Arizona and Louisville last year during the regular season. LSU is 46-31 all-time in the NCAA Tournament. The Tigers snapped their three-game, three-year losing streak in the SEC Tournament last week, defeating Missouri 6-0 before falling to Kentucky 4-3 in nine innings. LSU made it to the tournament semifinals for the first time since 2010 in the process. The shutout of Missouri was the tenth in program history for LSU in the tournament, as it was the first time the team did that since 2008. LSU had the lowest earned run average in the tournament at 0.88, allowing four runs, two earned, in 16.0 innings with one extra-base hit and an opponent batting average of .111. LSU’s 14 hits in the tournament were fourth most among the 10-team field. The Tigers are 16-7 since April, winning eight of their last 10 and 11 of the last 15 overall. Since coming to LSU, head coach Beth Torina is 42-32 from April through the end of the season while at the helm of the program. The Tigers are 5-2 in neutral site games this year. LSU is 27-8 on the season when scoring first and 18-4 when scoring in the very first inning of games this season. The squad is 12-1 when scoring 6-9 runs in a game this year and a combined 25-1 when scoring six or greater in a contest this year. When an opponent scores two runs or less, LSU is 21-6. The Tigers are 17-2 when leading after six innings. Bailey Landry and Ashley Czechner are the first LSU players to be named to the SEC All-Tournament team since 2010. It is the tenth time in team history that multiple players have landed on the all-tournament squad. Landry hit .429 in the tournament, going 3-for-7 with two RBI and a run scored. In the opening game against Missouri, Landry hit her first home run of the season and in the second game against Kentucky had the game-tying RBI single. Her overall batting average was tied for ninth-best, while .857 slugging percentage was tenth. Sahvanna Jaquish hit .500 in the tournament which was tied for sixth, going 2-for-4 with a double, two RBI, two runs scored and three walks. She had a slugging percentage and on-base percentage of .750 which was 12th and second, respectively. Sandra Simmons earned her 14th multi-hit game of the season against Missouri, going 2-for-4 with an RBI and run scored. Bianka Bell had two hits during the tournament, including hitting her 11th double of the season and driving in two. Bell has reached base in 19 consecutive games which is the longest for any member of the team this season. A.J. Andrews hit her team-leading sixth triple of the season against Kentucky, one of only two players to hit one in the tournament. Andrews is sixth in the nation in triples this season and leads LSU with a .339 batting average. Andrews is currently on a nine-game hitting streak. Tammy Wray hit her third home run of the season in the bottom of the ninth against Kentucky and is hitting .301 on the year. It was the first home run by any Tiger in extra innings this season. Czechner became the first pitcher since Cody Trahan in 2008 and 13th in team history to not give up a run in an SEC Tournament game, striking out four and walking one in 83 pitches to earn her 13th win of the season. Czechner was one of three pitchers to have a spotless 0.00 ERA. Her .167 opponent batting average was tied for fourth in the event. Baylee Corbello had the longest outing of her career in pitching nine innings against Kentucky in the second game. It was the third time this season she’s pitched more than seven innings in a game. Corbello gave up two hits in the game against the Wildcats, the 11th time this year she’s given up that many or less in an outing. Corbello now has 10 games with at least eight strikeouts. She now owns the freshman mark for complete games in a season with 21.